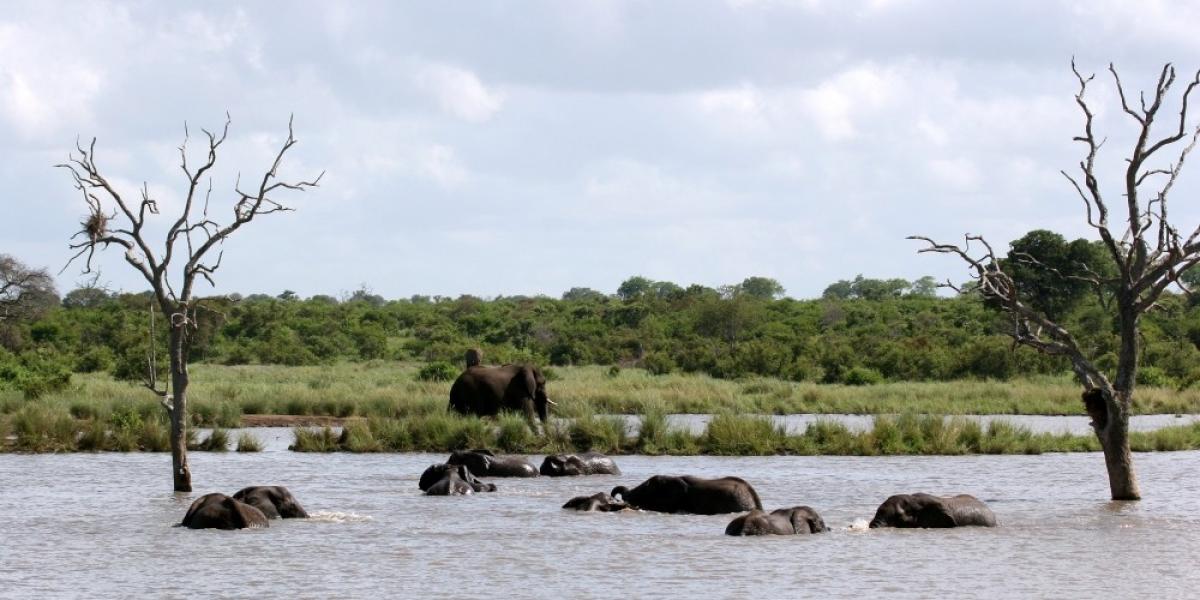 Places to visit in South Africa 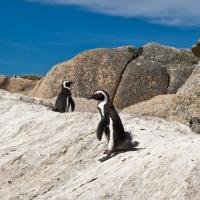 With its lush rainforests, arid savannah, snow-capped mountains, fertile river valleys strung with vineyards and some of the world’s finest wildlife parks, both private and state owned, South Africa is a very varied country with lots to recommend it. Particularly where family holidays are concerned, it's in virtually the same timezone as the UK, which means there’s very little danger of jet-lag, its safari parks are almost entirely malaria-free, unlike other safari destinations in Africa, and thanks to ease of access and lots of choice, it's the most inexpensive of the wildlife-viewing destinations. And its food is sufficiently familiar to be hungrily devoured by all but the most picky of children.

South Africa came of age in 2010, 20 years after the release of Nelson Mandela, triggering the dismantling of apartheid, and 16 years since the ANC came to power, bringing to an end the era of white domination. Such a seismic shift in the balance of power and society could have brought about reprisals and civil war, but reconciliation won through and the new emerging ‘rainbow nation’ has become a fixture on the world travel map. The country's hosting of the World Cup in 2010 – the first time an African country has been chosen for such an international event – bought with it massively upgraded roads and airports that also benefit tourists in this vast country.

Things to do with kids in South Africa

Choose family holidays in South Africa for the mixture of wilderness (safari, desert or mountains) and beach. The safari parks are too numerous to list here; the most famous is the Kruger, in the east of the country, on the border with Mozambique, and there’s a good chance of seeing the Big Five (elephant, buffalo, rhino, lion and leopard) here. You’ll also see a lot of other visitors in their cars because the Kruger, like most South African parks, is open to self-drive visitors, and indeed self-drive safaris are very convenient for family holidays, particularly with young children. See also our feature The Best Family Safaris.

Besides the Kruger, the largest of the conservation zones is the Northern Cape’s Kgalagadi Transfrontier Park, shared with Namibia and Botswana, but it is arid and hard to reach. Of the numerous private reserves, the best known are Phinda and Madikwe, and there are all manner of animal ‘rehabilitation centres’ where the likes of rhino and elephant are nursed or bred, and can be seen at close quarters.

The South African hinterland also has some artificial attractions of interest to families, in particular Sun City and Gold Reef City, both relatively close to Johannesburg. Sun City is a giant resort built in lost-world style, with a massive waterpark called the Valley of the Waves, and extensive recreational facilities, and it is set in the Pilanesberg mountains, with monkeys and baboons running free through the gardens.

Gold Reef City is more of a Disney-style theme-park, where you can take a light-hearted historical tour of a replica mining village, hop aboard a steam train, and pretend, for a moment, you’re a miner and go 2000m underground; catch displays of traditional and gumboot dancing; and watch gold being poured. The park has various rollercoasters and rides but also has a serious edge in the Apartheid Museum, which provides chilling insight into the story of racial segregation in South Africa.

Head for the seaside. You can head south, to the extensive sandy shores of KwazuluNatal (resorts such as Durban or Umhlanga), or to go west to Cape Town and the bays surrounding the city. A major factor in deciding which is the sea conditions; the water of the Indian Ocean, on the south coast, is warm, while the Atlantic, off Cape Town, is decidedly chilly. Families with small children should also be wary of the big surf that can be found on the south coast.

After Cape Town, South Africa's most appealing cities are Durban then Johannesburg, but with children avoid the downtown areas of most big urban areas after dark. A lot has been done to improve the levels of street crime, but it is still better to err on the side of caution. Famous black townships such as Soweto have opened up to visitors on guided tours, and can be very hospitable, as well as very stimulating for the whole discussion of apartheid.

Cape Town is the starting point for several well-known tours into the hinterland and along the coast. The best-loved is the Garden Route along a magnificent stretch of coastline between Cape Town and Port Elizabeth; its highlight is the N2 from Heidelberg in the southern Cape to Storms River Village on the Eastern Cape border, along which you can find everything from ancient forests and secluded artist communities to mountain hideaways and beach holidays. A lot of interesting and creative people have come to live here, and there’s a good chance of seeing dolphins and even killer whales close to the shore, especially near Plettenberg Bay.

Also radiating out from Cape Town are a variety of wine routes that lead up river valleys into the Cape Winelands and into the Stellenbosch region. The accommodation here is often in Cape Dutch farmhouses with swimming pools and farm activities the kids will love.

For anyone remotely interested in the history of the nation, there are battlefield sites all over South Africa, most dating back to the wars between the rival British and Boer settlers, and between the British and the Zulu tribes. Famous sites such as Rorkes Drift in KwazuluNatal are well set up for visitors, and also in this region families can go to stay in a recreated Zulu cultural village at Shakaland, east of Durban, where there are authentic dances, hunting demonstrations and the possibility of a consultation with a witch doctor.

Food in South Africa is good quality, fresh and fundamentally European but with Asian and African additions. The Afrikaaners place a lot of emphasis on quality meat, particularly beef, and a South African tradition is the braai, or barbecue – popular beauty spots will fill with succulent smells during the evening and at weekends.

Pasta and pizza are ubiquitous, and most international brands are here, which will be reassuring on family holidays. Indian food is widespread, too, and Durban is particularly famous for something called ‘bunny chow’, which may sound as if it might be rather tough on rabbits, but is actually a curry in a bun (in fact, usually several heaps of curry inside half a loaf of bread). Sustaining tribal-origin foods such as maize porridge and tomato-rich stews are also available throughout the country. And there’ll always be good quality beer or wine to accompany your meal.

When to go to South Africa

South Africa can be hot in summer (Nov–Feb), but not excessively so unless you’re up north, towards the borders with Namibia or Zimbabwe, where the Kalahari desert begins (unlikely for family holidays).

Winter days (June–Oct) are often clear and sunny, with temperatures hovering around 20°C, although it can be cold at night. Plenty of wildlife visitors come during the South African winter, when decreased vegetation increases the possibility of wildlife viewing. Rainfall is sporadic and intense, particularly in spring, and tends to focus on the mountainous areas.

This is one of the few world destinations where the £ has held up well, while the South African rand has suffered a bit of a decline, making it good value for family holidays.

A typical good-standard hotel is likely to cost around £50-60 a night. Petrol is dramatically cheaper than in the UK, as is public transport (buses and Shosholoza Meyl trains). Restaurant meals are less than £10 a head, and hot takeaways are very inexpensive and common in most towns. Perhaps the most surprising thing is South African wine: if anything it seems more expensive in its homeland than in the UK.

Flight-inclusive prices for adventure holidays start at £1,399 for adults, £1,229 children. If you prefer to travel independently, you can fly from £400, depending on season.

Flying time12hrs All flight times are based on flights from UK London airports, to the capital or nearest destination airport.

Carbon footprint11.24 CO2 Estimated tonnes of CO2 produced for return flights for a family of four.

Rhonda hunts down the best eco safari lodges and other environmentally friendly lodgings for families.
Find out more

From barn owls to quetzals and hummingbirds, Georgina shares the best places to introduce kids to winged creatures.
Find out more
Best places to stay