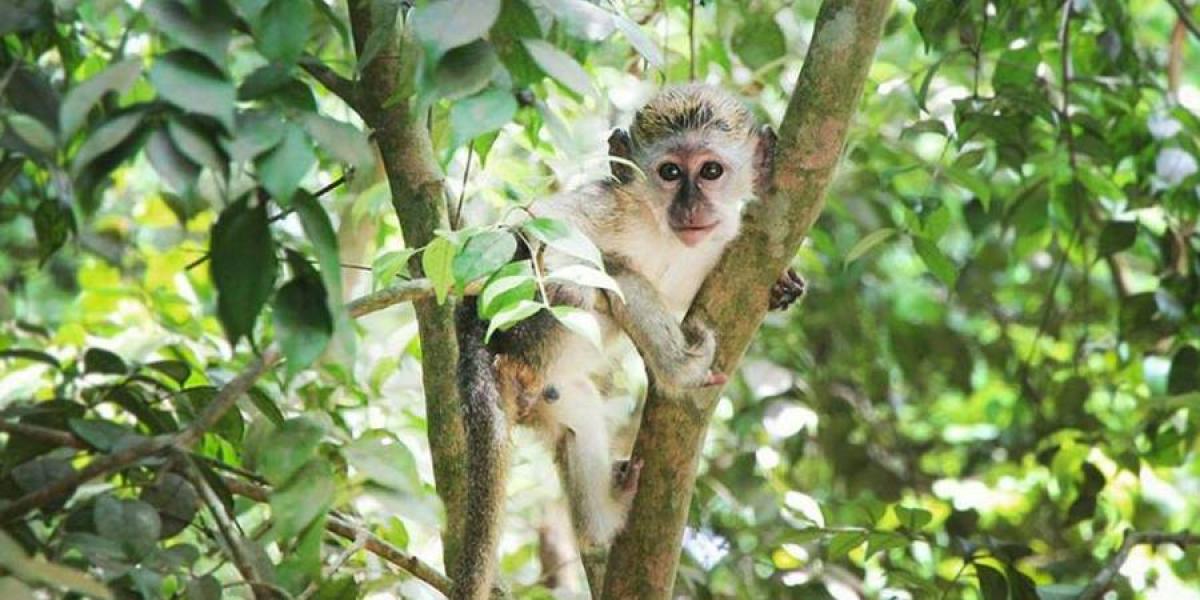 Throw in some top-notch accommodation, from plush hotels with kids’ clubs to pretty private villas, wonderful food, and attractions and activities such as wildlife reserves, scuba-diving, cave exploration and fascinating historical buildings, and Barbados is pretty much perfect as a family holiday destination.

‘The Bearded Ones’, as this small island of Barbados in the Lesser Antilles of the West Indies translates (no one can agree why the Portuguese called it this), makes for an easy, laidback introduction to Caribbean life with kids. Dubbed ‘Little England’ because it was under colonial rule from 1627 until 1966, it’s still a constitutional monarchy and parliamentary democracy with Queen Elizabeth II as its head of state, and English remains the official language. The English influence can still be felt in many spheres of life, including the obsession with cricket, the national sport.

Things to do with kids in Barbados

Get your bearings. The southern and western coasts have fine beaches and calm waters, while the eastern, more rugged Atlantic coast is popular with surfers (watch out for undertows here). The best-known surfing sport is Bathsheba, where you can also have a soak in tide-pools.

Swim with protected hawksbill and leatherback turtles as they feed amongst the coral, perhaps by taking a sailing tour/snorkelling picnic. You can also see them on a turtle walk or while kayaking or diving, or combine a glass-bottomed boat snorkelling trip with a shipwreck adventure or even a horse-ride. Between February and July, moonlight cruises can take you to see turtles nesting on the beaches.

Alternatively, snorkel at Folkestone Marine Park & Museum. The artificial reef here, created by the sinking of the Stavronikita after it was destroyed by fire, is open to experienced divers only. But there’s a recreational zone with an inshore reef where snorkellers can admire sea anemones, sea lilies, corals, sponges and more, plus a visitor centre with an aquarium, playground, basketball court, snack bar and picnic benches.

Swim in Animal Flower Cave at the island’s northernmost point, named for the ‘animal flowers’ (sea anemones) in its pools. Parents may recognize the cave, which has awesome sea views, from a Billy Ocean video. The bar/restaurant serves sandwiches and rum punch amidst cannons from sunken ships.

Go on an underwater adventure in a real submarine with Bridgetown’s Atlantis Submarines Tour, which takes you down into the ocean to see the island’s glorious marine life at play in a coral reef that began forming 20 million years ago. Accompanied by a narration, the trip has a height restriction of 3ft minimum.

Explore the crystallized limestone cavern of Harrisons Cave with its stalactites and stalagmites (sometimes joining in the middle to form a pillar), its waterfalls and its emerald pools. Kids love trundling inside in the little electric tram.

Visit the Barbados Wildlife Reserve, the island’s answer to a zoo. Set in a mahogany forest, it’s a place to stroll freely through a natural environment and observe animals – including Barbados green monkeys, flamingoes, brown pelicans, caimans and armadillos (the last two non-native to the island) – close-up. Note that your ticket to the reserve also gives admission to the neighbouring Grenade Hall, one of the old signal stations that dotted the island as a way of spreading warnings about slave rebellions or attacking ships. This in turn is surrounded by a forest full of healing plants, with signs explaining their usage. Picnic opposite the reserve, in Farley Hill National Park, with stunning views over the Atlantic Coast in the grounds of a now-ruined mansion that once belonged to a British planter.

Explore the unique Morgan Lewis Windmill, Barbados’ last sugar windmill, also near the reserve. Here, cane was ground until 1947. Now owned by the island’s National Trust, it’s a museum with intact machinery, sugar-mill and plantation artefacts, and old photos. On one Sunday a month you can see a historical reenactment, with the mill’s sails set in motion to grind cane and provide juice; otherwise, climb to the top for great views, an ice cream or cool drink in hand.

Discover another signal station at Gun Hill in St George, with further panoramic views, a display of military memorabilia, including a cannon, and a statue of a lion carved from a single piece of rock by one of the station officers (slave rebellions and pirate attacks must have been scarce during his watches).

Found out all about the island’s famous ‘golden spirit’ at the Mount Gay Rum Distilleries, with guided tours of its museum featuring a replica of a ‘good ol’ Barbadian rum shop’, the opportunity to touch and smell the essential ingredients (sugar-cane, molasses and distilled, unaged alcohol) and tastings.

Sunset on the south coast.

Seafood is naturally the highlight on Barbados. On Friday and Saturday nights don't miss the wildly popular Fish-Fry at Oistins, a fishing community in Christ Church, to sample not only fried but also grilled fish, fishcakes, sweet potato, macaroni pie and coleslaw from lots of stalls, to a soundtrack of live music (and dancing into the small hours). In March, Oistins also hosts a very lively Fish Festival.

Flying fish (the island’s mascot, found on banknotes, coins and menus) is ubiquitous. It’s usually served lightly breaded and fried, but you might want to ask for kids’ servings without the yellow sauce made of mustard and ultra hot peppers. Another traditional local dish, also spicy, is pepperpot, a pork stew.

From Barbados’ street vendors you can buy all manner of goodies, from fishcakes to fresh coconut, and from roasted peanuts to barbecued pigs’ tails. Though burgers are in short supply (beef isn’t popular here), there’s native fast food in the form of fish, chicken and ham ‘cutters’ and ‘bread and two’ (sandwiches). And traditional English dishes such as beans on toast can also be readily found…

If you’re on a self-catering family holiday, beware of shops closing from Saturday lunchtime until Monday, and of long holiday weekends.

Drink rum, of course – rum shops are great places to get chatting to locals – or local Banks beer. Encourage your kids to drink water – the island has some of the world’s purest, even from the taps!

When to go to Barbados

Tropical Barbados has a wet season (June–Nov) and a dry season (Dec–May), with the latter obviously your best bet for hot sunny weather. July and August can be unpleasantly humid. September is the hurricane season, although the last time a hurricane hit Barbados with any severity is 1955.

If you do come in the summer holidays, make sure to experience the fabulous five-week-long Crop Over Festival, a carnival that harks back to Barbados’ one-time standing as the world’s largest sugar-producer. As well as calypso and soca and a range of traditional entertainment, it features Cohobblopot, a massive carnival-like celebration including a children’s parade.

With Barbados only 13° off the Equator, do as many locals do and carry parasols. And make sure you and your kids drink plenty of water. Mosquitoes can be an annoyance (though there’s no malaria), so stock up on repellent (we recommend eco-friendly Burt’s Bees).

December to February is the peak period for family holidays in Barbados. Over the New Year period, a family of four should reckon on spending £2500pp for two weeks at the all-inclusive Turtle Beach Resort, with flights and transfers.

Flying time9hrs All flight times are based on flights from UK London airports, to the capital or nearest destination airport.

Carbon footprint7.56 CO2 Estimated tonnes of CO2 produced for return flights for a family of four.

A bay in Barbados.

Rhonda rounds up the most family-friendly offerings in a region perfect for a dose of winter sun.
Find out more

A Review of the Crystal Cove Hotel, Barbados

Rhonda discovers the family-friendly delights of the Caribbean island.
Find out more

A Family Holiday in Barbados, Caribbean

Dea and co. go in search of culture in the sun-worshippers’ paradise.
Find out more
Best places to stay