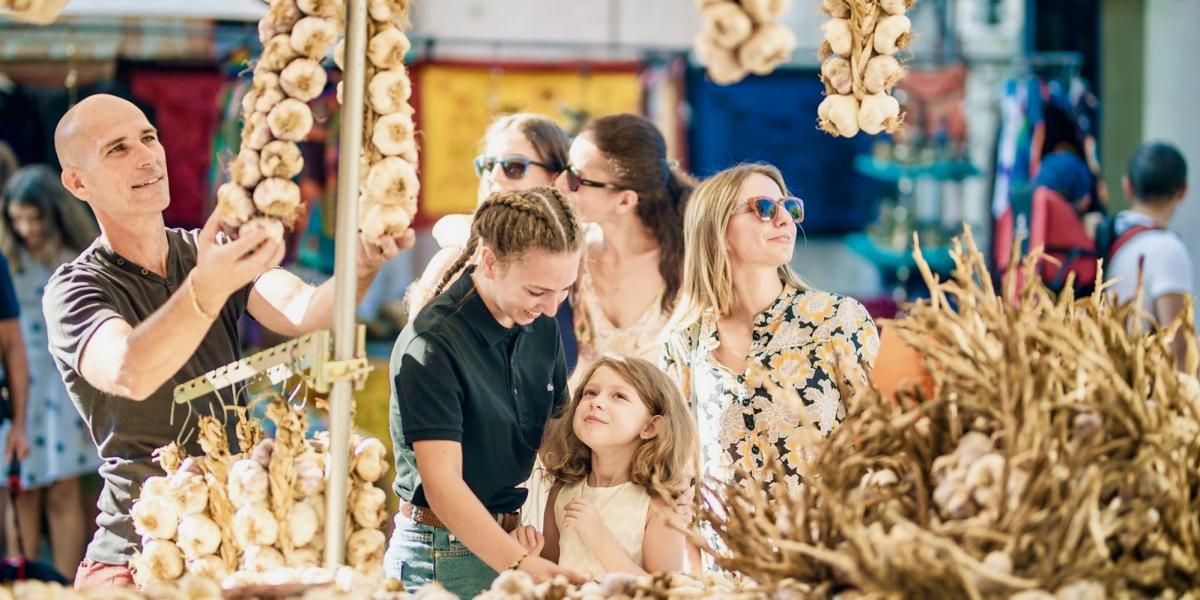 Places to visit in the South of France 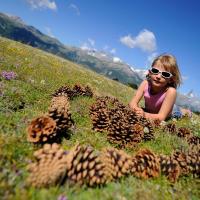 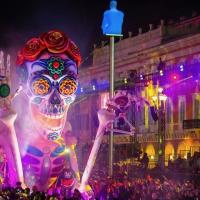 Medieval hilltop villages, fields of lavender, the flamingos and white horses of the Camargue, the Roman ruins of Arles and Orange, ancient monasteries, the Mediterranean playground of the Côte d'Azur, games of boules or pétanque in the shade of orange trees, and divine food and wine… Who can resist?!

The South of France (officially known as Provence–Alpes–Côte d'Azur) is a world unto itself and offers amazing diversity when it comes to family holidays and breaks. This is a region where culture and landscape go hand-in-hand (as the number of painters who sought and continue to seek inspiration here, including Matisse, Chagall and Picasso, shows), making for holidays with something to keep all members of the family happy.

A good choice of campsites and holiday villages mean that the South of France need not be as expensive as its popularity among the rich and famous suggests, although this is certainly not the cheapest region of France for family holidays and breaks. Over-development has also turned some parts of the South of France into a pastiche of their former selves. But look beyond the tourist traps and you’ll find a region of remarkable beauty, especially if you come out of season.

Things to do with kids in the South of France

Explore the Alpes Maritimes, where you'll find some of the famous resorts and beaches of the Côte d’Azur or French Riviera – Cannes and Nice are the big brash names (along with the principality of Monaco), while Antibes is smaller and more family friendly. The rest of Alpes Maritimes has plenty to offer too, from the perfume city of Grasse to family ski resorts that are, bizarrely, within just an hour’s drive of the beaches of Nice.

Discover the Var, especially child-friendly Fréjus St-Raphaël. Fréjus boasts not only a long sandy beach and a marina but also protected monuments from Roman and medieval times, with the arena and the Gothic cathedral the most impressive. There’s also a zoo here. Life in adjoining Saint Raphaël, meanwhile, revolves around watersports. St Tropez, also in the Var, is bigger and glitzier.

The Var capital, Toulon, is the main port for the French Navy and you can take boat tours of the Rade or harbour and visit the Museum of the French Navy. There’s also a charming pedestrianised old town famous for its fountains and for its Provençal market. Locals flock to the small seaside suburb of Le Mourillon to the east with its sheltered sandy beaches, and you can ride a cable-car to the top of Mount Faron, home to the Memorial Museum to the Landings in Provence (the road up to the summit is one of the most challenging stages of the Paris–Nice and Tour Méditerranéen bike races).

From the nearby palm-tree-filled (and –producing) resort of Hyères, hop aboard a boat to the Iles d’Hyères: Porquerolles, Port-Cros, and Île du Levant. The smallest, Port-Cros, is home to five old forts, two of them open to the public, but of most interest is the fact that the whole island including a 600m ‘maritime zone’ around its coasts is a National Park featuring a unique signposted underwater ‘nature trail’ (bring a mask, snorkel and fins). Alternatively, ride in the glass-bottomed Aquascope, or, on land, follow 35km of signed paths and trails allowing you to see various wild and protected species.

Away from the coast, the Var is largely mountainous terrain in the foothills of the Alps, stuffed with picturesque ‘perched villages’ such as Fayence and Callian. The ancient mountain range of the Massif de l'Esterel, leading back from the Var into the Alpes Maritimes, is great for hiking with slightly older kids, over rugged reddish rocks (porphyry) swathed in juniper, lavender, rosemary, wild thyme and heather.

Venture into the Alpes de Haute Provence, the least touristy département of the region. It’s home to the best-known part of the Parc National de Mercantour, the gorgeous Gorges du Verdon. The world’s largest canyon after the Grand Canyon, the gorge is popular for kayaking, whitewater-rafting, canyoning, mountain-biking, via ferrata, treetop adventures, and other adrenaline-inducing activities, including aqua-hiking and hydro-speeding. The nearby man-made Lac de Sainte-Croix offers sailing, water-skiing, windsurfing and fishing.

Head north into the Hautes Alpes, for uncrowded family-friendly (if untrendy) ski destinations and great outdoorsy activities in summer.

Go west, to the Vaucluse, where the highlights are Avignon with its spectacular monuments including the famous bridge, Palace of the Popes and excellent museums, the Roman sites in Orange and Vaison la Romaine, and the iconic, UNESCO-listed Pont du Gard, the world-famous Roman aqueduct bridge and France’s most-visited ancient monument, with a visitor centre on Roman civilisation, a kids' area, and a marked trail.

Other must-sees in the Vaucluse are Serignan du Comtat’s Naturoptère, a ‘natural sciences cultural centre’ with hands-on displays related to insect and plant life, and the Nature Discovery Centre in Sault, which covers the wildlife of the nearby Mont Ventoux and traditional local human activities (including beekeeping and hunting) and regional products such as lavender, truffles and mushroom.

For something totally different, head to the Museum of Santons and Provence in Fontaine de Vaucluse, to see 2000+ santons (Provençal nativity scene figurines), of all sizes, including 60 crèches (one of them the world’s smallest, comprising 39 santons in a nutshell) and scenes from the work of Marcel Pagnol. At Gargas, explore a mysterious maze of old ochre quarries, while at Thor, walk along the fossil bed of the underground river that carved out Le Thouzon caves and marvel at stalagmites, stalactites and other crystallisations.

Wind up in the Bouches du Rhône. Marvellous Marseille – Paris on Sea meets North Africa – has a heady cultural and ethnic mix that makes it worth visiting in its own right, but there are also several archaeological/history museums (including MuCEM, the Museum of European and Mediterranean Civilisations), the souk-like market of Noailles and the Vieux Port with its daily fish-market to explore. The Corniche, an ocean-side walkway and road, offers views of the jagged fjords known as calanques, but you can also view them by boat-trip. Marseilles is far from a resort town, but its beaches are fine for a spot of swimming, and its beach bars and restaurants are fantastic for people-watching.

Marvel at the contrast between Marseilles and the neighbouring Camargue, the largest river delta in western Europe, with its unearthly landscapes dotted with white horses, pink flamingos, black bulls, wild boar and French cowboys (gardians). Then discover Arles, where Van Gogh did more than 300 paintings and drawings, including some of his most famous. It's remained relatively untouristy, however, because his works are now so expensive, they've been snapped up for prestigious museums and collections elsewhere. Still, older (and maybe some younger) kids can have fun walking around matching up a book of his works with their original locations. Arles also has UNESCO-listed Roman and Romanesque monuments, including a Roman ampitheatre now hosting Provençal bullfights, which don’t involving killing the bull.

Lastly, atmospheric Aix en Provence is best known for its links with Cezanne (whose old atelier you can visit), as well as its fountains, intricate doorways and wrought-iron belltowers (which allow the mistral wind to blow straight through them). Just south of town, the Institut Pour la Forêt is an eco-museum with a walkway bringing children into contact with the forest.

A calanque near Marseille.

The South of France offers some of the best food in the world, so eating here, whether out or at home (after shopping in a local market) will probably be a highlight of your family holidays. There’s nothing quite like sitting outside on a summer’s evening with a good glass of local wine and a table of Provençal food in front of you, replete with oil, garlic, basil and tomatoes. As everywhere, in the resorts avoid restaurants with menus in various languages; smaller local bistros usually offer much better food at a fraction of the price.

Pistou (fresh vegetable and bean soup) and aioli (garlic mayonnaise) are well-known local recipes. Fish and seafood (including anchovies, red mullet, bream, sea urchins, oysters, clams and squid) feature heavily on menus, unsurprisingly, accompanied by classic vegetable dishes such as ratatouille or courgette flowers. Bouillabaisse and other fish soups are a must-try, with or without rouille (a spicy sauce with saffron and chilli), as are tapenade (olive, garlic and caper paste) and anchoïade (olives with anchovies). Also look out for socca (thin, golden chickpea-flour crêpes) in Nice and the similar cade toulonnaise in Toulon, and chichi frégi, a type of long doughnut flavoured with olive oil and orange blossom water.

There are also cheeses galore (often made from goat or ewes’ milk) and to-die-for fruit including muscat grapes, melons, white peaches, apricots, figs and cherries.

Some of France's best wine is produced in the vineyards of the Côtes du Rhone or along the coast, especially fruity rosés de Provence and robust red Côtes de Provence. But do try another local speciality, the aniseed-flavoured spirit pastis.

Flamingos in the Camargue.

When to go to the South of France

The ideal time for family holidays in the South of France is mid April to October – although the height of summer can be too hot for those with younger kids, and the resorts are naturally more crowded (mainly with French holidaymakers heading here en masse in August). For family ski and winter sports holidays, think mid December to late March.

Despite its glamorous image, the South of France need not be an expensive destination for family holidays and breaks by virtue of having such a wide choice of self-catering apartments and campsites, and of being easily accessible by low-cost airline (although flights won’t be cheap unless you book far ahead, especially for school holidays). A seven-night break in a self-catering apartment, including flights, can cost from as little as £160pp.

Carbon footprint0.92 CO2 Estimated tonnes of CO2 produced for return flights for a family of four.

A gladiator show in Arles Arena.

Horse-riders in the Camargue.

From luxurious villas to rustic gîtes – our hot picks for self-catering holidays with kids across the Channel.
Find out more

A Family Break in the Vaucluse, South of France

Catherine and family check out the family-friendly destination, home to France’s biggest waterpark.
Find out more

A Marseille City Break with Kids

Rhonda and family get a taste of France's oldest, and second-largest, city.
Find out more

Places where you can combine quality family time with some 'us' time.
Find out more

Life-changing Holidays: the South of France

A Family Motorhoming Holiday in the South of France

Rhonda and family explore the Provence–Alpes–Côte d'Azur region by campervan.
Find out more

Rhonda and crew discover a chic spot where a family welcome goes hand-in-hand with Michelin-starred dining and a spa.
Find out more
Best places to stay