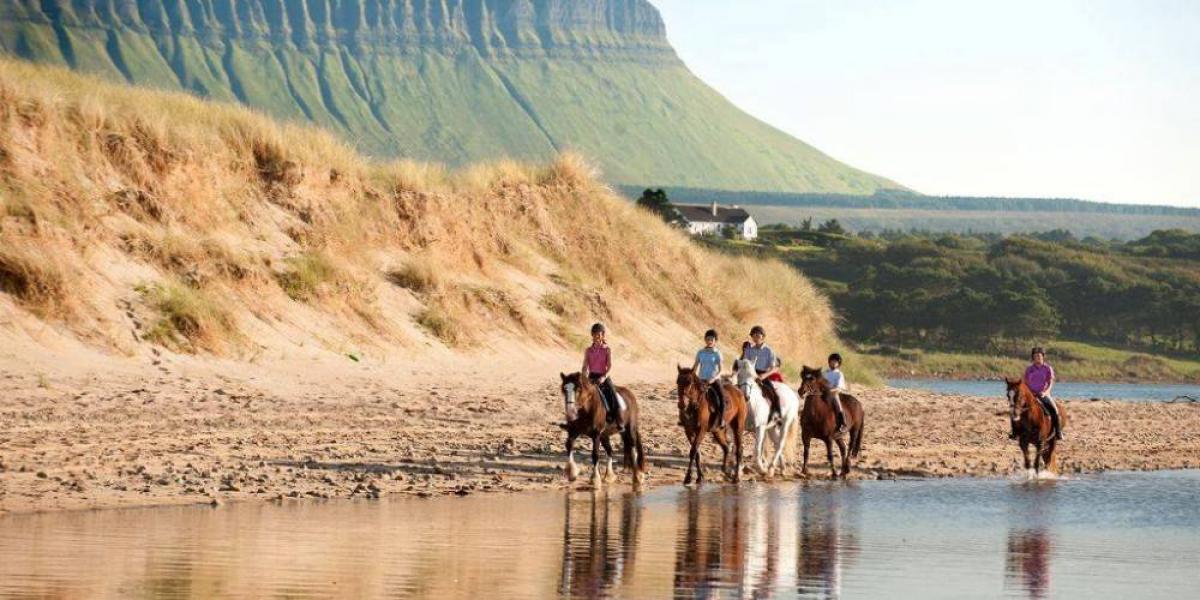 Places to visit in Ireland 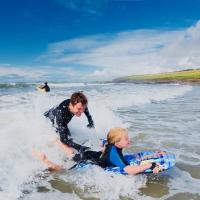 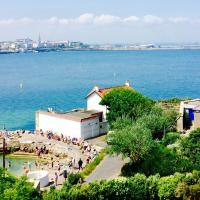 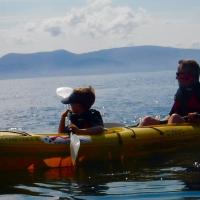 Ireland offers a rich history, stunning scenery and vibrant cities on our doorstep, plus a rollicking nightlife that you may or may not be able to enjoy with kids in tow but that adds to a great atmosphere. The Guinness is great and the people are even better – laid-back and friendly, their famous hospitality extends to kids.

Largely rural and very diverse in its landscape, this emerald isle is straight out of a glossy brochure, with cliché-inducing scenery: mountains, lakes, rolling countryside, miles of sandy beaches and adrenaline-inducing sheer cliff-faces. With this comes a bewildering choice of outdoor excursions and activities: pottering on the beach, horse-riding, sailing, abseiling and seal-watching are just some of the possibilities.

Countless castle ruins are great places for kids to absorb history and let off steam; there are also many still standing, more often than not with child-friendly cafés and play areas. If you’re culturally inclined, there are rich pickings to be had – for such a small island, there are plenty of music, food and literary festivals through the year (probably one every week in summer), all very child-friendly. And Dublin, Cork and Galway are all cosmopolitan centres with plenty of family activities.

Things to do with kids in Ireland

Explore central Ireland and the east coast. Dublin is a great base for touring the surrounding area. Small but perfectly formed, Malahide Castle has a tragic history (14 family members died on the same day) that will appeal to many kids’ darker side, as well as a playground and fantastic gardens and grounds. Newbridge House and Farm should be next on your list, with its incubators with fluffy chicks, animal feeding, and state-of-the-art playground.

The National Sea Life Centre in Bray gives kids the chance to see marine life without getting wet. Afterwards head to Glenroe Open Farm in Kilcoole, with the usual cute and cuddlies, a magical secret garden in the woods and the old thatched Farmhouse Museum.

For those with a keen sense of history, the Newgrange passage tomb and the historic hill of Tara are well worth visiting. For something with a bit more gore, take kids to Wicklow’s Historic Gaol, which brings out the harsh conditions of the gaol with life-size models (some a wee bit scary).

To lift the spirits and blow away the cobwebs, head to Brittas Bay, a Blue Flag beach popular with locals (it gets packed in summer). For beach entertainment that’s a tad different, if you can be around Dublin at the end of Aug/early Sept, check out the the only annual horse-race meeting on a beach (Laytown).

Don’t miss Powerscourt Estate in the Wicklow Mountains. The waterfall (Ireland’s highest) has taken on almost mythical proportions, with hundreds coming to gawp and picnic in the grounds, while the ‘house’ is an example of what money can buy.

If you’ve energy to burn, Sugarloaf Mountain in Wicklow is walkable with kids, with the lovely Avoca café nearby (with a garden where the kids can run free), and there's an adventure park at Clara Lara, and historical/lakeside walks at Glendalough, where you can feed the kids tales of Rapunzel as they walk around one of Ireland’s round towers or, if you like to tell it as it is, fill them with more stories of pillaging and hasty retreats.

Discover the south-east. Aspiring historians will enjoy a trip to the Dunbrody Famine Ship in Co. Wexford, but be warned that the journey the emigrants took for a better life is replicated right down to the smells. At the Nore View Fold and Heritage Museum in Co. Kilkenny, show your kids a now-vanished world. You might also visit Cashel Folk Village, a reconstruction of various traditional thatched village shops together with a penal chapel, in a confined area within the town of Cashel, near the famous Rock Of Cashel.

Venture to the south-west and and Shannon region for dramatic coastlines and beautiful lakes. This is where the term ‘Emerald Isle’ really comes into play, with breathtaking walks, exhilarating watersports and popular festivals to delight all the family, plus beaches, beaches, beaches. Make sure you’re in Killorglin in mid August to enjoy Puck Fair, three days of family fun with the King Of the Fair, a goat, stuck at the top of some poles for the duration.

County Cork has the beautiful Beara Peninsula, where your kids will love a trip in Ireland’s only cable-car, the world famous Blarney Stone and Cobh’s Titanic Heritage Centre.

In the Shannon region in Clare, you will find famous attractions such as the stony Burren National Park, Allwee caves, Bunratty Castle & Folk Park and Cliffs of Moher, plus plenty of Blue Flag beaches.

Be awed, literally, by west Ireland, especially County Kerry and the Dingle Peninsula. For outdoorsy families, this is the perfect holiday destination, with incredible vistas, white sandy beaches that go on for ever, and some of the best horse-riding you’ll ever come across. Galway has a charm all its own while managing to be cosmopolitan and arty at the same time (Galway's Arts Festival in July is world renowned), while further north the Donegal Adventure Centre and Surf School will get the adrenaline pumping.

Unwind for a few days on the traffic- and themepark-free Aran Islands.

Ireland has been spared the UK’s gastropub epidemic and its pubs are a great place to soak up the atmosphere along with the black stuff. There’s nothing scary in the Irish diet so your kids shouldn’t be too hard to bribe to sit down and enjoy a meal – traditional Irish fare tends to be hearty stews with meat, potatoes and locally grown veg. But international favourites are easily available too. Irish breakfasts – a thing to behold and easily rivalling English ones (the soda bread is delicious) – are a must.

In the cities you’ll find the usual child-friendly chains, including Wagamama, Milano and Pizza Express. Naturally, there’s a great array of seafood on offer; if you come in September, don’t miss the Oyster Festival in Galway.

When to go to Ireland

Pack your raincoats in any season but expect to see sunshine too, possibly on the same day. The climate of Ireland is mild as it’s on the receiving end of the Gulf Stream. Typically, summers have warm, sunny weather and a sky dotted with fluffy clouds. In July and August, conditions can become very humid and thunder and lightning can occur. The average July temperature is around 15ºC, although temperatures in excess of 30ºC are not unheard of.

Surfing on the Wild Atlantic Way.

Plenty of no-frills flights and ferry crossings to Ireland keep costs down, and the country has a wealth of self-catering cottages and budget properties for those with an eye on their wallet, although there are plentiful opportunities to splurge too.

Flying time1.25hrs All flight times are based on flights from UK London airports, to the capital or nearest destination airport.

Carbon footprint0.54 CO2 Estimated tonnes of CO2 produced for return flights for a family of four.

Dea and family get away from it all in County Mayo.
Find out more

A Mother-and-daughter Break at the Ice House Hotel, Ireland

Dea and her girls enjoy a luxury girlie getaway in County Mayo.
Find out more

Dea and family have a memorable birds-of-prey encounter at a luxury hotel in County Mayo.
Find out more

A Family Visit to the Little Museum of Dublin, Ireland

Dea and family find out things about Dublin – and about themselves.
Find out more