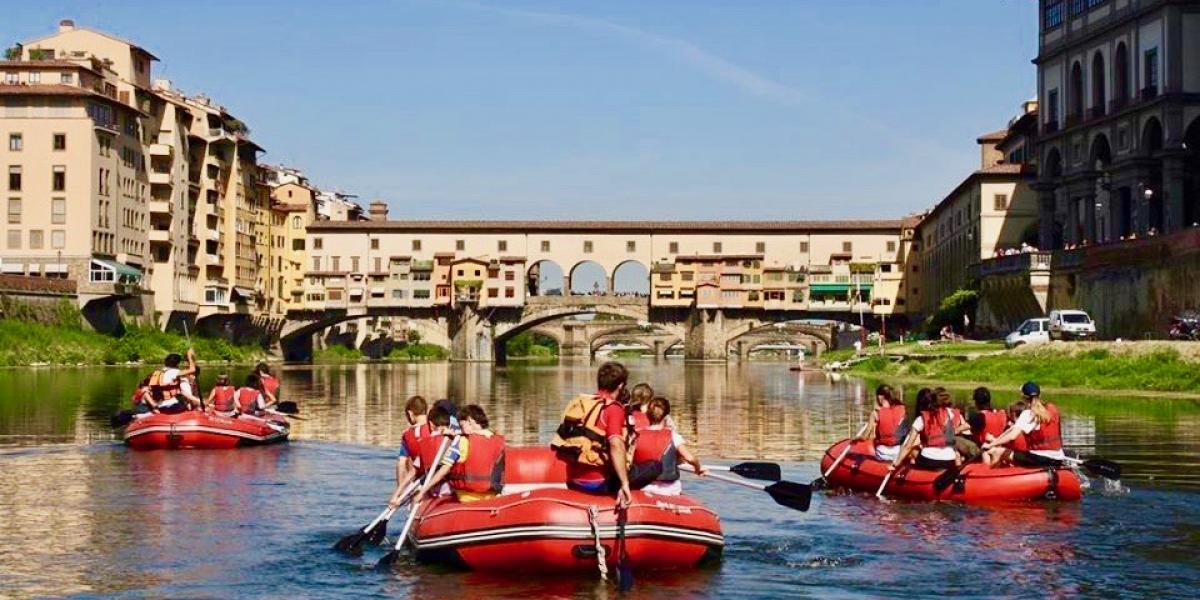 Places to visit in Italy 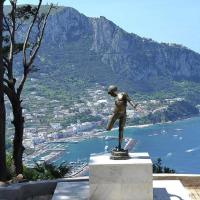 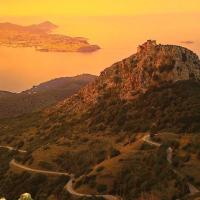 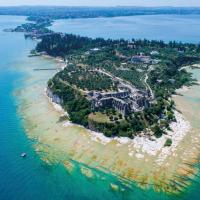 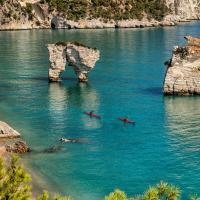 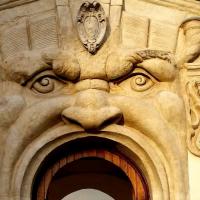 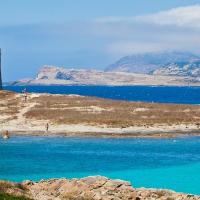 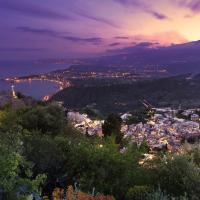 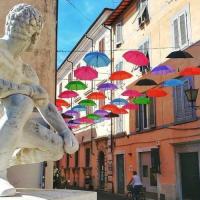 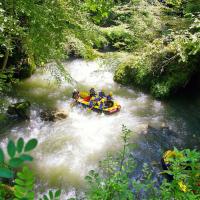 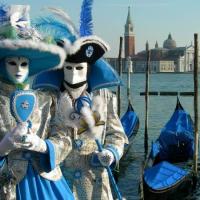 Kids love Italy and Italians love kids, hence the popularity of family holidays in Italy. And while only older children will be amenable to the idea of visiting the rich antiquities and art on offer, Italy is also about lingering on café terraces as the kids play tag around the piazza, playing with a stray cat around a fountain, or spending a sunny afternoon aimlessly wandering around intriguing back streets, dripping gelato down their front. There is also a seemingly endless variety of idyllic landscapes to explore, from hills, mountains, lakes and forests to great beaches and dramatic islands.

Things to do with kids in Italy

Visit Italy's great cities – even with tiny children, Rome, Venice, Florence and Milan can be fun, provided it’s not too hot. Rome can be particularly delightful for a family break in spring. But think of finding a base outside a city, preferably with a pool for cooling off after a trip in to sightsee.

Head for the beaches, especially those of the islands of Sicily, Sardinia or even Elba. As well as fabulous stretches of sand, these offer delicious food and great exploring – you can climb volcanoes, try your hand at a little archaeology or visit some fascinating castles.

Explore Naples and its region, Campania. The splendid Amalfi Coast stretching from Sorrento to Paestum is home to the famous resort towns of Amalfi, Positano and Ravello. But come out of season, as it gets packed out with Italian holidaymakers in summer. Make sure to take older children to Pompeii in the Bay of Naples, an extraordinary place where history comes alive. Ghoulish-minded kids tend to be fascinated by seeing how people were struck down in the middle of their daily lives.

For something a little more off the beaten track, try Puglia, tucked into the heel of Italy, with Neolithic tombs, full-blown Gothic cathedrals, intriguing trulli houses and gorgeous beaches and forests in the Gargano Peninsula and on the unspoilt Tremeti Islands.

Get a triple whammy of culture, peace and beauty in Tuscany. Hire a villa with a pool and sit out in the evenings with the kids, enjoying a meal under the stars with a large glass of local wine. By day make excursions to hill-towns, Pisa or lovely Florence, and fall in love with Italy for ever.

If you want avoid the tourists but desire beaches and pretty countryside, try Umbria on the west coast and the Marche on the east. In Umbria, Assisi has a beautiful basilica and lovely views, Gubbio is a medieval hill town set against the wooded slopes of the Apennines and close to Lake Trasimeno, and Perugia is the sweet capital of Italy, amongst other things. In the Marche, wander the steep streets of the ultimate Renaissance town of Urbino, sit in Piazza del Popolo in Ascoli Piceno and watch the passiegata while the kids treat the travertine square as a playground, and discover the white cliffs of the Monte Conero peninsula, exploring the public footpaths on the Monte and admiring the Napoleonic fort and Romanesque church at Portonovo. If you visit the Marche's southern Adriatic resorts of San Benedetto del Tronto and Grottamare outside high season, you'll have the beach to yourself. Don't miss the lighthouse at nearby Pedaso, or the family hiking trails in the Sybillini National Park.

Check out Abruzzo, another less-visited region of Italy, but one with spectacular mountainous landscapes full of wildlife (deer, chamois, wild boar, wolves and even a small number of bears) and several National Parks in which to spot it, as well as easy access to the Adriatic Coast beaches further north, in the Marche and Emilia Romagna. Within Abruzzo's gorges, cliffsides hide ancient hermitages hewn from the rock, which make for great exploring. There are also wonderful walks through meadows of wildflowers, with picnicking by sparkling streams. L’Aquila the regional capital has a great castle to visit and a spooky connection with the number 99: there is a fountain with 99 spouts (or almost), there used to be 99 churches and 99 piazzas, and the town-hall bell still chimes 99 times each evening. The smaller but very pretty medieval town of Sulmona is crowded with shops selling colourful displays of floral arrangements made entirely from confetti (sugared almonds). In winter, Abruzzo is cloaked in snow and has a number of ski resorts popular with locals.

Venture into Emilia Romagna for its Riviera Romagnaola, a stretch of sunny beaches with stylish facilities, but also for its capital Bologna, which is full of historical interest, especially if the kids are studying the Etruscans, and is a good base that doesn’t get as crowded as, say, Rome or Florence. Those who love cars will want to make a beeline for 'Motor Valley', home to several famous racetracks and luxury car manufacturers, as well as car museums – the best being the Enzo Ferrari Museum in Modena.

Head for the freshwater alternative to the seaside – the gorgeous Italian Lakes in Lombardy in the north. Lake Garda is especially good for family holidays, with 120 beaches, watersports, a massive choice of places to stay and its own themepark, Gardaland.

Discover north-eastern Italy, where the Trentino-Alto Adige/Südtirol region is home to the Italian Dolomites, an awesomely beautiful region declared a natural heritage site by UNESCO, with one national park and several regional parks within its confines. With older kids, you might come here to climb the vie ferrate – protected paths created in World War I, or walk the long-distance ‘high paths' (alte vie), which take about a week to cross, with stopovers in rifugi (huts). Other summer, spring and autumn activities include climbing, base-jumping, paragliding and hang-gliding. In winter, the Dolomites are famous for skiing, with Canazei a particularly family-friendly resort, offering good, high beginner slopes but also linking on to the spectacular Sella Ronda circuit around the red-rock crags of the Dolomites, a favourite with competent children.

Alternatively, head for the family-friendly Italian ski resorts of Courmayeur or Breuil–Cervinia in the Aosta Valley. Cervinia has Italy's best snow record and access to its highest lifts. From here you can ski to Swiss resorts including Zermatt.

For more on skiing in Italy with kids, see our Family Ski Holidays in Europe page.

A goat in the Dolomites.

The only thing exceeding the Italians’ love affair with food is children’s love affair with Italian food – the chance to have pasta or pizza at every meal, followed up by a delicious gelato, is bliss for most kids. That said, don’t miss the opportunity to stretch their culinary horizons beyond pesto, carbonara and margarita by opening their eyes to regional specialities, whether it be pasta e fagioli (pasta and bean soup) in Venice, schiacciata (a type of pizza crust baked with olive oil and served with greens) in Umbria, or panforte (doughy fruit cake) in Tuscany and granita (the original slush puppy – fruit juice and crushed ice) in Sicily. Just about everywhere you go in Italy, you can count on table staff cooing over your kids and often even whisking them away to the kitchen for an impromptu cookery lesson.

Long, leisurely lunches outside, whether on the terrace of your villa or at a café on a piazza, mean that everybody can take their time while the children run around. Follow the Italian way of doing things and put food first – let’s have none of that rushed sandwich nonsense as you attempt your third museum of the day. Italy stops at lunchtime and so should you.

Snow fun in the Südtirol.

When to go to Italy

School-holiday considerations aside, June and September are fine times to visit both the coast of Italy and its cities, but April, May and October are good too – mild and free of tourist hordes. Easter is lively, with lots of religious festivals and related events.

July and especially August can be difficult, with overcrowded beaches and full hotels – though cities do empty of Italians, meaning less traffic, easier parking and no queues for tourist attractions. Summer is also a lively time for those travelling with older kids, with live entertainment and dancing in city streets and squares. That said, central and southern Italy can be very hot (dry hot, rather than humid) in the height of summer, and few places have air-conditioning. And Venice really whiffs in August!

November to March you take your chances – it can be pleasant and dry south of Florence, but rain and cold can take much of the joy out of visiting this sensual Mediterranean land. Good deals on flights to Sicily and other southern parts in winter make this a possible option for winter sun holidays, although it won’t be warm enough for the beach.

Christmas, New Year and especially Epiphany can be fun – on the latter (6 January), kids get gifts from the befana, a benevolent witch, and city squares are filled with toy stalls to bid farewell to Christmas.

Ski holidays in Italy, meanwhile, generally take place from late December to the end of March.

Though you can spend a good deal in Italy, family holidays don't have to cost a fortune, especially if you camp or choose some other form of self-catering accommodation.

Carbon footprint0 CO2 Estimated tonnes of CO2 produced for return flights for a family of four.

A gelateria in Florence.

A Family Holiday in Puglia, Italy

Angelina and family go in search of ‘the new Tuscany’.
Find out more

Rhonda and her boys go on a 'gastronomic adventure' in the hill country north of Florence.
Find out more

Rhonda takes a look at the new rides and features at some of her family’s favourite themeparks.
Find out more

12 Ways to Save Money on a Family Ski Holiday

We look at ways of making skiing with kids more affordable.
Find out more

The writer and Kids in Museum patron talks about his travels and how they have inspired his novels.
Find out more

A Family Break in Venice, Italy

Gracia and family take to the water in one of Italy’s most atmospheric cities.
Find out more

A Family Ski Holiday in the Dolomites, Italy

Nick and family loop the loop on the beautiful and family-friendly Sella Ronda.
Find out more

A Family Trip to Florence, Italy, by Overnight Train

Rhonda and family take the slow route to Italy.
Find out more

Georgina rounds up some of her favourite cultural venues on the Continent with kids.
Find out more
Best places to stay