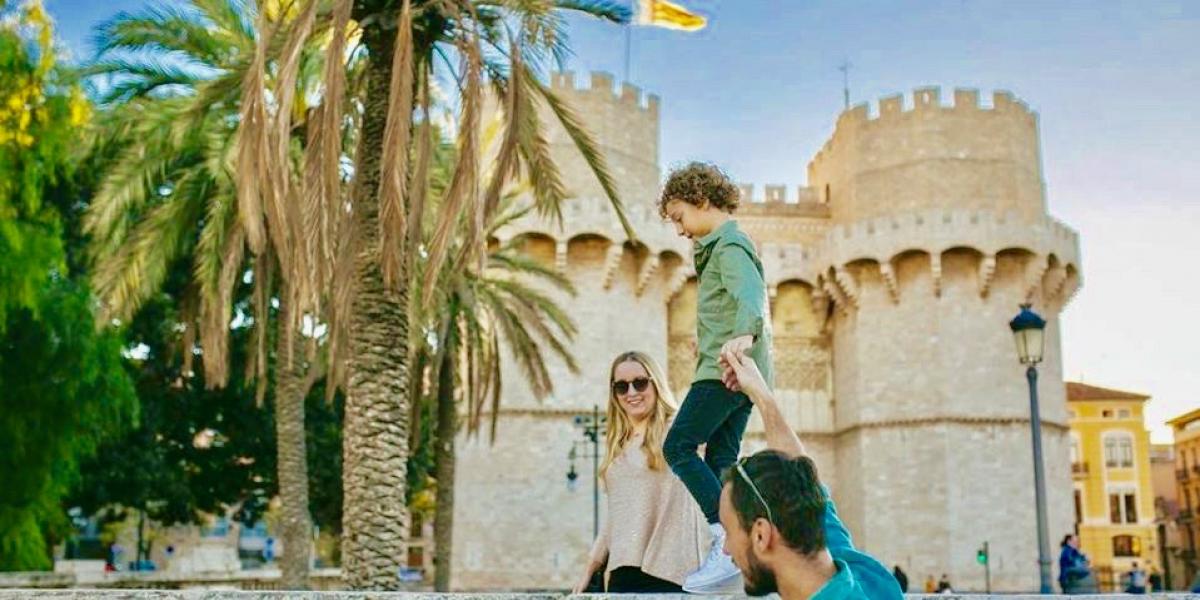 Places to visit in Spain 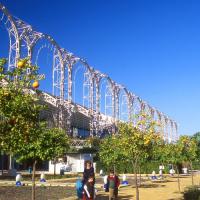 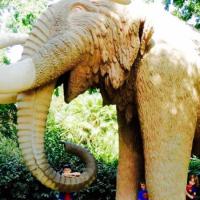 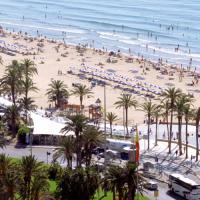 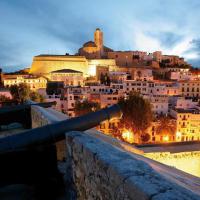 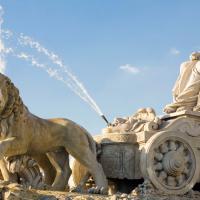 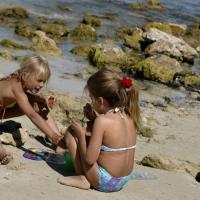 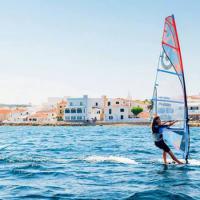 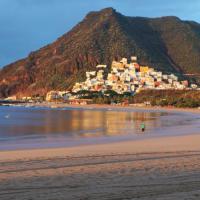 One of the warmest parts of Europe, with endless stretches of sandy beach and countless rocky coves, Spain is ideal for family holidays. With its seaside resorts of the Costa del Sol, Costa Blanca and Costa Brava attracting millions of visitors a year (who outnumber, in total, its citizens), it has gained a reputation among some as a tourist trap, albeit a child-friendly one in many places. But there are plenty of destinations beyond these, whether you’re seeking an adventure holiday, a quieter family-oriented resort, or cities and villages in which to discover the culture and traditions of the Spanish people.

And when it comes to keeping kids amused, whether you have teens, tots or even a mixture of the two, you won’t have far to travel – waterparks, museums, zoos and nature reserves are dotted all over the country. What we describe below is only a taster of what this huge country has to offer for families.

Note that although going off the tourist track in Spain reaps benefits in terms of smaller crowds, shorter queues and cheaper tickets, you’ll be struggling if you haven’t a mastery of at least basic Spanish except in major cities and tourist resorts (and often even in those).

Things to do with kids in Spain

Explore Andalucia in the south, a traditional favourite among Brits but a region with so much more to offer than the notorious Costa del Sol, including the fabulous cities of Granada, Seville and Cordoba, the low-key, untouristy Costa de la Luz, mountains and great weather.

Travel to the south-east of the country, to the province of Alicante, where the Costa Blanca is a great family destination for its soft sands, warm seas, wonderful climate, and historical cities and towns, as well as major tourist resorts such as Benidorm.

Discover charming Valencia in the eastern province of the same name, especially if your kids have a taste for paella – the dish originated here. The big draw here is the City of Arts and Sciences, designed by Santiago Calatrava and comprising an opera house and performing arts centre, a science museum, a planetarium, a lazerium, an IMAX cinema, and one of Europe’s biggest and best aquariums (partly open-air). There’s a city beach too. Valencia is a great place to visit in spring: March sees the fabulous Fallas festival complete with huge papier-maché models and fireworks. Or head for nearby Buñol later in the year, in August, when it hosts the world-famous, utterly riotous Tomatina or tomato-throwing contest (best experienced with teens – it's too wild and frenetic with young kids).

Take time out in the north-eastern region of Catalonia. Barcelona, best known as a party-going coastal city-break destination, is surprisingly good for kids, from teens who appreciate the phantasmagorical Gaudi architecture to younger children who appreciate its brilliant aquarium. Drive or take the train one hour south from Barcelona to experience PortAventura just outside Salou. Spain's answer to Disneyland Paris, this theme-park takes you on a journey of rides in exotic lands around the world. Salou itself is the biggest resort on the Costa Dorada, named for its 216km of golden beaches; smaller ones include the more laid-back Cambrils. There’s also the city of Tarragona, UNESCO World Heritage listed for its Roman ruins but also boasting Blue Flag beaches, for a double-whammy of culture and relaxation.

Alternatively, head north of Barcelona (140km) to Figueres and then to the old fishing town of Cadaquès if your kids like modern art: both have museums dedicated to the Surrealist Salvador Dalí (be warned that some of his quirky work can be a bit risqué). Cadaquès is part of the Costa Brava, which has some very touristy resorts but plenty of more low-key, traditional coastal towns to seek out.

Madrid, Spain’s capital, may be far from the sea in the centre of the country but for resourceful parents and inquisitive kids it has plenty to entertain, from high culture to funfair frolics.

Check out the Basque Country in northern Spain, a relatively untouristy and tranquil region. The revitalized port of Bilbao is worth visiting, especially the Guggenheim Bilbao and the Museum of Fine Arts, which host cultural and leisure activities throughout the year, including theatre and puppet show, parades and circus acts. At Christmas time, for more than a month, the Children's Christmas Park opens its doors at the Bilbao International Trade Fair Centre, with rides and activities. Fifty minutes from Bilbao is Karrantza, home to the Karpin Abentura ecology and animal theme-park, with Iberian and European fauna, animated dinosaur shows and kids’ exhibitions.

Easily accessed from Bilbao airport, Donostia-San Sebastian, also in the Basque Country, is little known among Brits but popular with Spaniards, who flock to the cosy seaside town in summer to flee the raging heat inland. It offers three lovely beaches (four in summer, when tiny Santa Clara island is accessible by ferry) popular with surfers and other watersports enthusiasts and devoid of gaudy resort trappings. Opening onto the harbour with its aquarium is an attractive old quarter full of pretty historic buildings. There’s also an amusement park on Mt Igeldo, reached by cable-car.

The Spanish section of the Pyrenees is often overlooked as a ski destination but comprises a number of small family-oriented resorts with crèches, snow-parks and other facilities for kids, as well as vast skiable areas. Worth picking out in the Catalan Pyrenees is the little resort of Vall de Nuria not far north of Barcelona, accessed by funicular railway – it has only 10 pistes (from easy to difficult) but includes a children’s activity centre. Ice-skating is also popular here, and, in the warmer months, white-water rafting, hiking, riding, cycling and flights in static hot-air balloons. See also our guide to family skiing holidays in Europe including Spain.

Also in the mountains of northern Spain, this time in the Cantabrian Mountains within 20km of the port of Santander, is the Cabarceno Wildlife Park, with hundreds of exotic animals, many of whom children can mix freely with.

Lastly, the islands of the Canaries and the Balearics are perennial favourites with families, with some peaceful resorts: browse out our guides to Gran Canaria, Fuerteventura, Lanzarote and Tenerife in the Canaries, and Menorca, Mallorca and Ibiza in the Balearics.

One of Spain's biggest attractions is its food and drink, and the good news for those with fussy children is that a lot of dishes are uncomplicated, so there are plenty of options when it comes to eating out. Resorts are full of places offering the ubiquitous global fast-food options, but because of the huge coastline, fresh fish is common on restaurant menus, as are meat dishes, especially sausages, which locals adore.

The Spanish are very tolerant of young children, so don't worry if yours are not accustomed to sitting still. It is also worth remembering that the Spanish take their kids out with them at night and that dinner often starts late (9pm or after), so plan your day accordingly if you want to follow suit – a large lunch followed by a siesta helps, followed by la merienda (a late-afternoon snack).

When to go to Spain

Most of Spain has dry summers and winters, so – with the exception of the odd blip – almost any time of year is a good time to visit. With young children, however, it’s best to avoid some parts of the country, including Madrid, in the height of summer, when the heat can be unbearable. Instead, do as the Spaniards do and head to the north of the country, where there is less humidity and you'll get a respite from the scorching heat.

Even in winter, you can enjoy the warmth of the Spanish sun, but spring is probably the most pleasant season of all in which to visit – you can enjoy some of Spain's well-known festivals and experience fewer crowds than in summer.

Spain can be a relatively inexpensive destination for family holidays by virtue of the huge amount of competition between accommodation providers and wealth of self-catering properties and the number of low-cost flights serving the country.

Flying time2.25hrs All flight times are based on flights from UK London airports, to the capital or nearest destination airport.

Carbon footprint1.12 CO2 Estimated tonnes of CO2 produced for return flights for a family of four.

A Review of the Fantasia Bahia Principe, Tenerife

Catherine checks out an ultra-child-friendly new resort.
Find out more

10 Reasons to Take the Kids to Valencia, Spain

Rhonda shares her tips for a family break in Spain's third-largest city, including a day at the City of Arts and Sciences.
Find out more

Rhonda takes a look at the new rides and features at some of her family’s favourite themeparks.
Find out more

A Parent-friendly Family Holiday in Ibiza

Tracey finds out that breaks with kids don't have to rule out partying.
Find out more

Rhonda and family find child-friendly sights (and a chic base) on the Bond Street of Barcelona.
Find out more

Emily and son enjoy a Mediterranean break without a glimpse of the sea.
Find out more

An Insiders' Guide to Mallorca with Kids

Abigail gives the low-down on the family-friendly Spanish island.
Find out more

Rhonda checks out the best solo and family breaks for fathers, for Father's Day or all year round.
Find out more

From barn owls to quetzals and hummingbirds, Georgina shares the best places to introduce kids to winged creatures.
Find out more

Georgina rounds up some of her favourite cultural venues on the Continent with kids.
Find out more
Best places to stay