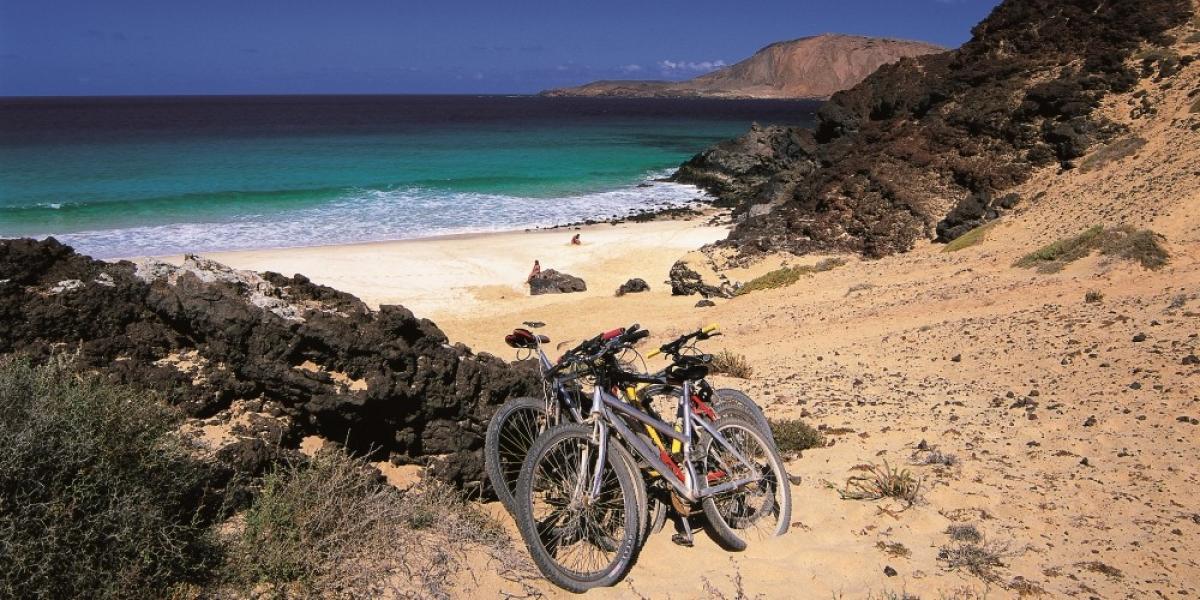 Glorious and plentiful beaches – both traditional white sandy beaches and the ones with black volcanic sand you’ll have heard about – are Lanzarote’s big draw when it comes to family holidays and breaks. But you can make fascinating trips inland too – this whole island has been declared a Biosphere Reserve by UNESCO, thanks largely to its out-of-this-world volcanic terrain.

The Canaries are the closest islands to Britain that guarantee some sunshine to lift the soul, even in the winter months, so have long been a popular winter destination. But you’re worried you’ll be joining a queue for suncream and fish and chips, look beyond the promenades that cater for the unadventurous and you’ll find something special. While much of the rest of southern Spain and the Canaries have succumbed to the blight of soulless high-rises and sold their soul to the developer, Lanzarote has retained some of its unique flavour and may just surprise you.

Things to do with kids in Lanzarote

Head for the water. There are more than 90 beaches, most of them very child friendly. We recommend Punta del Papagayo for its sandy coves. In Puerto Calero, Lanzarote's Submarine Safari lets you sit on the floor of the seabed for up to an hour and watch everything walk or swim on by, while the Canarian Cetacean Museum teaches you all about whales and dolphins. Lanzarote also has some very good surf, plus a great windsurfing school at Famara.

Go sailing. There are plenty of opportunities to get on a boat around the island and for children to learn the ropes catamaran-sailing (such a smooth ride that even buggies are allowed on board!).

The volcano – or at least the lava it left behind – tempers just about everything about the island. Learn more about its history at Timanfaya Park, with more than 100 craters, known as the Montañas del Fuego (Fire Mountains), left as a result of the last buzz of activity, plus a restaurant that uses the geothermal heat for cooking (see below).

Not only does Lanzarote eschew the high-rise blocks of its Spanish counterparts, it’s also got a few architectural gems up its sleeve, including El Mirador del Rio, a rock-and-glass lookout post overlooking neighbouring Graciosa, and Jameos del Agua, connecting caves and caverns that now house a subterranean restaurant with the feel of a James Bond movie set.

For some respite from the lunar landscape, take a stroll around Guinate Tropical Park in the north of the island – a little piece of paradise with waterfalls, tropical gardens and a great collection of bird life.

Head for the themeparks: Aquapark Lanzarote, the only water park on the island, and the Rancho Texas Theme Park, which has a great zoo and lots of Wild West attractions.

If you choose to, you can ignore the fact that you’re in Spain – there are a zillion menus on offer in Playa Blanca, the main resort, alone, including Chinese, pizza and Indian, which can make family holidays with fussier kids a bit easier. In the interior you can enjoy more traditional restaurants serving typical Canarian dishes, such as puchero canario, a stew of pumpkin, cabbage, sweet potatoes, pork and beef, and papas arrugadas ('wrinkled potatoes'). For novelty value, try El Diablo (00 34 928 840 057, but best organised via your hotel) in the Mountains of Fire – the barbecue is volcano-powered and a tree grows up through the dining room!

When to go to Lanzarote

Lanzarote boasts pretty much year-around warm weather, with temperatures rarely rising above 30°C or dropping below 20°C, making it perfect for family holidays and breaks whatever the season.

For family holidays on Lanzarote, expect to pay £1,500–3,500 for 2wks for a family of 4, including flights and accommodation.

Flying time4.25hrs All flight times are based on flights from UK London airports, to the capital or nearest destination airport.

Carbon footprint2.37 CO2 Estimated tonnes of CO2 produced for return flights for a family of four.