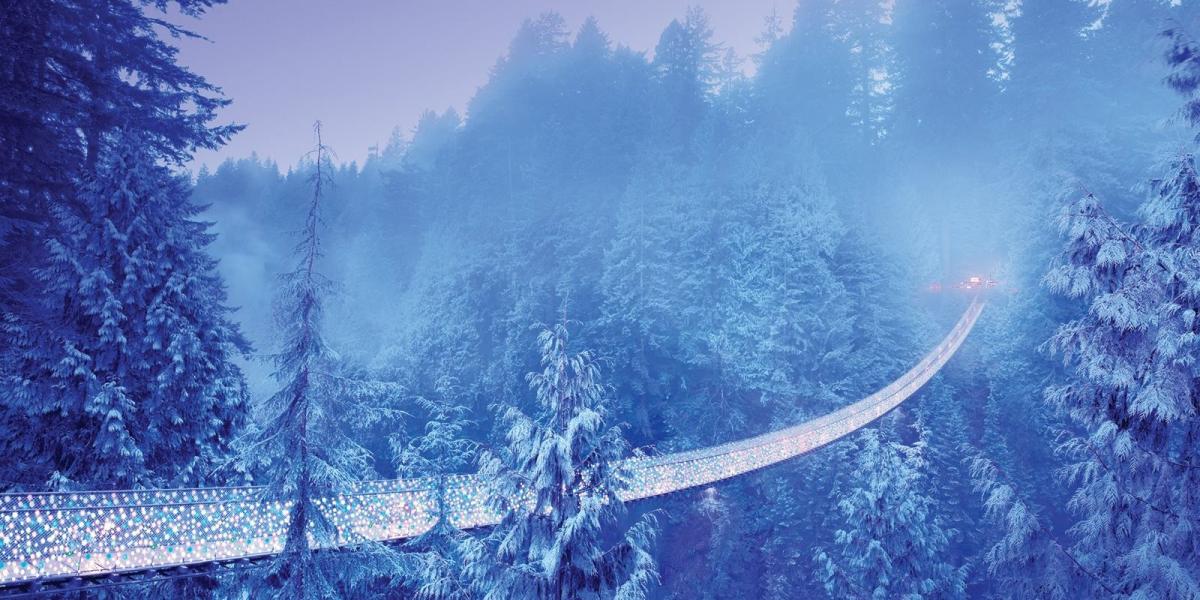 Places to visit in Vancouver and British Columbia 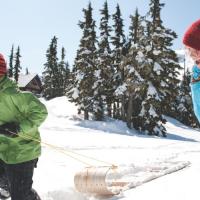 Family holidays in British Columbia mean skiing, hiking, sailing, salmon-fishing and generally taking advantage of the great outdoors of the far, far west of Canada. This is a delightful land of untainted wilderness, with mountains, forest, coastal fjords, giant ranches, plains and immense lakes, and more flora and fauna than the rest of the country put together, but the interior is difficult to get to, and it’s hard to find somewhere to stay when you finally make it. If you're not skiing in world-famous Whistler Blackcomb, it's best to stick to Vancouver, which frequently ranks among the world’s best cities to live in and is a top spot for a chilled-out family city break, with lots of outdoors activities.

Things to do with kids in Vancouver and British Columbia

Spend time getting to know Vancouver with kids, dramatically sandwiched between ocean and mountains and boasting one of the world’s best standards of living. It’s often said of Vancouver that it’s one of the rare places where you could ski, windsurf and play golf on the same day. Its landmark Capilano Suspension Bridge is a pulse-quickening walkway over a canyon into a temperate rainforest park, where you can experience more walkways and bridges between giant tree trunks at Treetop Adventure, walk the Cliffwalk along a granite precipice, watch aboriginal crafts displays at the Kia'palano with its displays on the lives of BC's First Nations people, including original totem poles, hunt for bugs and go exploring with an eco-guide.

Don't miss the quintessential Vancouver family experience of Stanley Park, which despite its central location retains many giant trees from its days as a forest. There are also more totem poles, swimming beaches (Second Beach is best for families, with an outdoor pool with slides), a lagoon with ducks, raccoons and skunks, a mini-train, a kids’ farm and a seawall popular for rollerblading, cycling and so on. It’s in this park that you’ll find Vancouver Aquarium, where you can encounter northern fur seals, Pacific dolphins, beluga whales, sea turtles, sea otters and more.

Stroll along the old shipyard of Coal Harbour on the waterfront, with lots of seawall cafés, craft breweries and restaurants from which to watch the odd harbour seal bobbing around. It's here that you'll find the unique 4D Fly Over Canada attraction.

Pop over to lovely Vancouver Island and explore British Columbia’s picture-perfect capital, Victoria, or its other historic towns, for a slice of nostalgia. Charming Victoria is at the island’s southernmost tip: wander around its little streets, admiring the red double-decker buses and eating fish and chips – it’s just verging on a pastiche of a Cockney/Queen Victoria /Sherlock Holmes theme-park. Then head out to the beaches, walking trails and cedar forests, and go whale-watching or kayaking (you might be lucky enough to share the sea with some orcas). You'll likely also see grizzly bears on Vancouver Island, but avoid the temptation for any photo opportunities – never approach them, and never feed them.

Visit Alert Bay on tiny Cormorant Island off the north-east coast of Vancouver Island, for an authentic experience of the legacy of the First Nations. This is a centre for aboriginal culture, with lots of art and artefacts, including the world’s tallest totem pole. This is another good spot for whale-watching, eco-tours, kayaking, hiking and cycling.

If you're a fitness buff, try the Grouse Grind – a famous steep uphill hike (nearly 3km) offering spectacular views. It's not for young children, but there are other options for enjoying the views from Grouse Mountain on the north shore, including the Grouse Mountain Skyride (an 'aerial tram') and helicopter tours. The mountain is a good place to come in winter or summer for everything from sleigh-riding, snow-shoeing and ice-skating to watching birds-of-prey demonstrations, riding ziplines, or taking guided eco walks and visiting the wildlife refuge.

Book a family ski holiday in Whistler, widely regarded as one of the world's top family ski resorts. The 'sea to sky highway' between Vancouver and Whistler (about 90 minutes) is a spectacular drive.

Explore Yoho National Park in the Rockies within British Columbia – the Canadian wilderness at its best and most manageable. If you have older kids who relish a challenge, bring them hiking, climbing, mountain-biking or kayaking here; budding geologists will also be in heaven.

Take a transcontinental train ride between Vancouver and Toronto – the Canadian has a dome car with panoramic views and you can even get off in the middle of nowhere should the call of the wilderness be that strong.

Hop aboard a ferry or cruiser to Alaska in the United States – British Columbia contains part of the Inside Passage, a network of routes for ocean-going vessels between the mainland and coastal islands.

Whistler and Vancouver have every kind of café and restaurant, with pasta, pizza, hot dogs, apple pie and other child-friendly fare readily available. Portions are normally huge, so be careful not to over-order.

Local produce worth looking out for includes maple syrup (great for breakfast with pancakes), wild blueberries, salmon, salt-cured fish and wild game. Alternatively, Vancouver is a great place for Asian food of all kinds but especially sushi and dim sum (the city has a vibrant Chinatown – the world's second-largest). Beware that the dim sum is very authentic (you'd best not tell the kids what they're eating).

Also in Vancouver, visit tiny Granville Island between downtown and the residential areas – it has a fab food market with each stall/shop offering something totally unique, plus the Kids Market, with two floors of shops, services and activities for families in an old factory, including a play area and a waterpark. The best way to get there is by the tiny Aquabus around the bay.

Sunday brunch is an institution in Vancouver and you have to queue just about everywhere. Good spots are Sophie's Cosmic Café and the child-friendly chain Earl's, but there are heaps to choose from. Neighbourhood places are generally better than those downtown – Kitsilano is the coolest (don't miss its huge outdoor saltwater swimming pool).

When to go to Vancouver and British Columbia

The Canadian ski season typically lasts from December to April. But if you're hoping to do other things too, bear in mind that many other attractions close for the winter, which can be bitterly cold.

As in Europe, July and August tend to be the warmest months, with an average temperature of around 22°C in Vancouver. At the end of July Vancouver hosts an international fireworks competition, the Celebration of Light at English Bay, accompanied by live music from the Vancouver Symphony (to avoid the hoards find a spot at Kitsilano Beach or better still hire a boat).

Accommodation and food have historically been cheaper here than in the UK, making family holidays in Canada relatively good value, although Whistler is an expensive place to ski. Also, given the fact that with the distance and jetlag you will want to spend at least 10-14 days in British Columbia, you should budget in excess of £1,500pp.

Flying time10hrs All flight times are based on flights from UK London airports, to the capital or nearest destination airport.

How to cross the continental divide without breaking the bank.
Find out more

11 Eco-friendly Places to Stay with Kids in North America

Georgina hand-picks family-friendly eco-friendly accommodation in the USA and Canada.
Find out more

Our beauty expert sifts through the best products for those venturing into the snow and ice, some of them brilliant for Christmas presents or stocking-fillers.
Find out more
Best places to stay