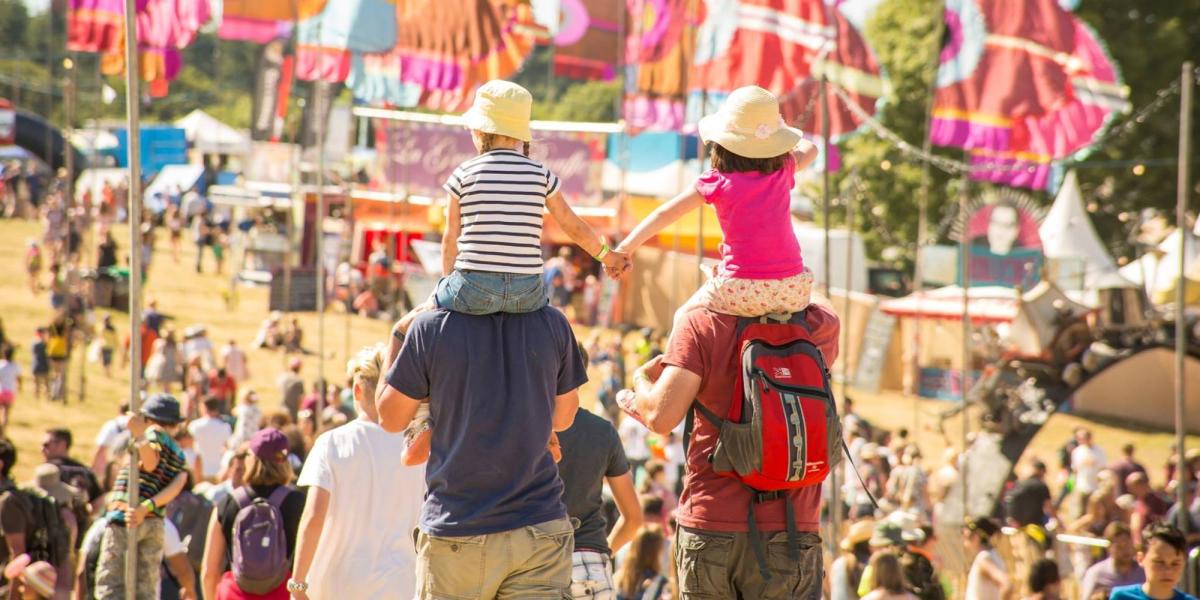 Famous for its ridiculously wealthy spit of sand, Sandbanks; for the extraordinary, fossil-strewn Jurassic Coast; for its stunning, rolling ‘Hardy’ landscape; for its ancient, pagan monuments; and for the lovely, golden towns of Sherbourne and Shaftesbury, Dorset is a very seductive place.

Bournemouth and Poole, family holiday destinations for more than a century, are enjoying a resurgence of interest. And Dorset also boasts some of the best beaches in England, great seaside sports, a couple of highly romantic castles, theme-parks for the most discerning children, and beautiful walks.

Things to do with kids in Dorset

Start in east Dorset, with Bournemouth and Poole, the grande dames of resort towns, which have been entertaining visitors for years – although in Pooles’ case they used to be mainly pirates and brigands. Bournemouth, actually developed for Victorian holiday-makers, is a place of sandy beaches, formal gardens and seafront accommodation. For all their ‘old granny’ images, both towns have rejuvenated into much more happening places and are great family destinations. Don’t miss Bournemouth Oceanarium near the town’s pier. About 15km north, in Moors Valley Country Park, Go Ape! has high-wire adventure courses for both young and older kids, plus forest Segways.

Bring the kids to Poole’s Sandbanks, a lovely place despite the hype and glitz: the beach is long, sandy and clean, and shelves gently, so is good for non-swimmers, and the water is clear. There’s still a lot of old-fashioned family holiday fun to be had, but if you get bored of beach-ball and sun, there are always a few tacky celebrities swanning about on their yachts to spy on (and feel smug about, knowing that while they’ve spent £10 million for their view, yours was a couple of quid at the car-park). Other attractions in Poole are Farmer Palmers Farm Park, with plenty to occupy most ages including a summer maize maze, and Tower Park, for teens in need of stimulation, including Splashdown waterpark. Then there’s Adventure Wonderland, an imaginative little theme-park in Christchurch east of Poole.

In Poole Harbour, discover the National Trust’s Brownsea Island, famous for its red squirrels and other wildlife, and for its links with the Scout movement. Come here to picnic, walk, enjoy the natural play area, let the kids roam free, and perhaps stay over on the back-to-basics 'eco adventure' campsite (arriving by public or your own boat).

Take the ferry from across one of the largest natural harbours in the world to the quirky, beautiful Isle of Purbeck peninsula. Your first stop is the stretch of sandy beaches known as Studland Nature Reserve, also owned by the National Trust – which means they're pristine and in another world from the mad tackiness of Sandbanks. There are a few little eating places and some watery things to do, but mainly it’s about strolling along the water’s edge and making sandcastles. Visit romantic Corfe Castle and its adjacent village. It’s all right out of the 1950s – Enid Blyton set some ‘Famous Five’ adventures in this area (a fact that’s not gone unnoticed by the Tourist Board and several small shops).

Drive over to the spectacular Durdle Door natural limestone arch, or spend an afternoon enjoying the history-themed entertainments at Lulworth Castle – we recommend a quick steam-train trip from Swanage and a picnic on the other side of the castle, which lets you enjoy the views down over Chesil Beach, now famous because of the Ian McEwan novel. Near Swanage you’ll also find Putlake Adventure Farm, a great place for smaller kids.

Between Poole and Purbeck, at Wareham, Monkey World is a commendable monkey refuge, while the nearby Blue Pool is an old clay pit that has been turned into a lake and looks quite extraordinary in the summer sun. You can’t swim here, alas, but there is a tea-room and a museum of clay mining. West of Wareham, the Tank Museum in Bovington is for those who like pretending they’re driving some enormous piece of machinery.

Venture to delightful, slightly stately little Lyme Regis at the far west of the county’s coastline – a good place for families to stay and in particular a good place for small dinosaur enthusiasts or fossil-hunters. It’s one of the gateway towns to the Jurassic Coast, a UNESCO World Heritage Site covering 135km of coastline between West Dorset and East Devon. In 1811, after a fierce storm caused parts of Lyme Regis’ East Cliff to collapse, 12-year-old Mary Anning, a keen fossil-hunter, discovered an almost complete dinosaur skeleton, a 9m ichthyosaurus, now displayed in London's Natural History Museum. The Dinosaurland fossil museum in the town and a thousand little shops selling dinosaur kits help feed the interest.

Just outside Lyme Regis, check out the Charmouth Heritage Coast Centre with its free interactive exhibitions on local geology, and join in with a guided fossil walk or rockpooling sortie for all ages.

Amble the lovely, ancient county town of Dorchester 12km from the coast back towards Poole. Traces of its prehistoric roots include the Maumbury Rings and Maiden Castle. It also has Roman ruins, the house belonging to Thomas Hardy, a military museum and hosts of pretty streets and churches, and great places to stay and child-friendly eating places. The Dinosaur Museum will detain you for about an hour on a rainy day; better (and cheaper) is the Dorset County Museum with its Jurassic Dorset and Ancient Dorset galleries. Further inland, Sherbourne and Shaftesbury, quintessential English towns, offer beautiful countryside for rural holidays in very good accommodation.

Turn back towards the coast. Abbotsbury Children's Farm offers more fun for little ones, while the Weymouth Sea Life Adventure Park is a well-laid-out aquarium that makes for a very good day out, with general tickets including access to the Jurassic Skyline viewing tower and the Caribbean Cove Adventure Playground (more expensive tickets also get you into the on-site Pirate Adventure Mini Golf).

Dorset is great for foodie family holidays, with lots of friendly cafés on the shore or river: try Weymouth’s Crab House Café overlooking Chesil Beach – a wooden shack with hats on hand to keep off the sun, serving crabs and their own farmed oysters to take away – or the Riverside Restaurant in Bridport, an airy and informal spot for local seafood.

There are also some superb family-friendly pubs, among them the Square and Compass in Worth Matravers near Swanage – one of the loveliest locals in Britain, with sculptures and chickens outside, good beer, simple food and even a small fossil museum. It’s a great place for a stop-off on a Dorset coastal walk. You could also try the much-loved and almost legendary Museum Inn near Blandford Forum and the Langton Arms near Blandford, a peaceful 17th-century pub welcoming children, serving delicious food and offering first-rate accommodation.

A more upmarket option is the Langtry Manor Restaurant in Bournemouth, attached to the delightful Langtry Manor Hotel, built by Edward V11 for Lillie Langtry and on the glamorous end of the scale. The restaurant has rave reviews, and both it and the award-winning hotel are very welcoming to children.

When to go to Dorset

Dorset comes into its own for family holidays (and family-friendly festivals and events) during the summer, but don appropriate clothing and many of its attractions, even outdoor, can be enjoyed year-round.

Easy to get to and full of good-value self-catering accommodation, Dorset is a prime spot for budget-friendly family holidays, although there are many places where you can splurge too.

Explore a wide range of places to stay in Dorset and save up to 50% with Booking.com

The ideal family lodges in Dorset

Check prices and availability for Hoseason's hand-picked lodges in Dorset

The best cottages in Dorset

Cottages.com offers the ideal cottage break for your family in the most beautiful parts of Dorset
Find out more

Finding fossils on the Jurassic Coast.

Rhonda Carrier looks at great walking and hiking spots in England, Scotland and Wales with kids of all ages, from tots in child-carriers to reluctant teens.
Find out more

We round up the best places around the UK to take your kids cycling or mountain-biking, whether for a day out for a short break.
Find out more

Top 5 Most Haunted English Heritage Sites Around the UK

We take the family in search of ghostly goings-on and Halloween events at some of Britain's top days out venues.
Find out more

A Family Fossil-hunting Trip on the Jurassic Coast

We spend a day looking for 'beastie bits' in Dorset.
Find out more

Lilly and family get on down at Dorset’s family-friendly festival.
Find out more

8 Amazing Viewing Spots Around the UK

Rhonda rounds up some family days out that will make you and the kids feel on top of the world.
Find out more

Georgina casts her net for the best places to spot whales, dolphins and more.
Find out more

Top 20 Chocolate Museums and Attractions Around the World

Rhonda tests out the tastiest sights for chocoholics round the world.
Find out more

A Mums' Break at the River Cottage Cookery School, Devon

Nicole and friend take time out from family life in the quest to become domestic goddesses.
Find out more

Rhonda tracks down the best places to combine a little ‘me’ time with some family fun.
Find out more