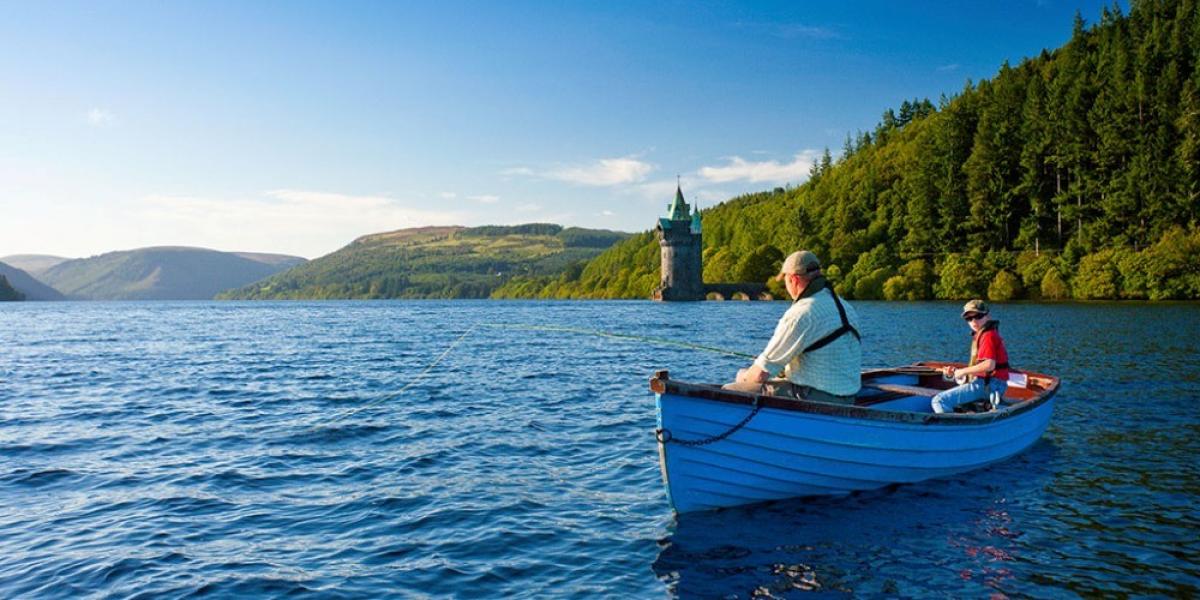 Places to visit in Wales 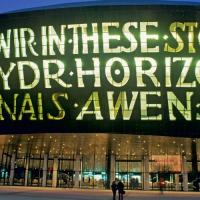 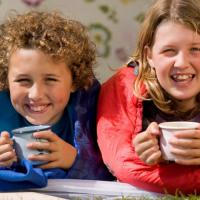 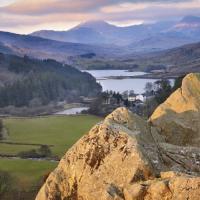 As in most of the rest of Britain, the Welsh seaside has moved on from the desperate days when it drove families to the Costas, merging its timeless wildness with something modern and chic. There are beaches, from tiny coves to wide open stretches, that are as fantastic as anywhere else in the world you’d care to mention. The rugged mountains that dominate the centre of the country – both Snowdonia and Brecon Beacons national parks – entrance adults and children alike. There are bustling holiday resorts such as Llandudno and Tenby, and there are tiny villages where you can get away from everything. If you're looking for fun bucket-and-spade family holidays, it’s yours for the taking.

And there’s far more to Wales too… family-friendly cycle paths from coast to coast, action breaks involving climbing and paddling, whale- and dolphin-watching, and even a theme park. Cardiff with its castles and waterfront would be a family delight even if it wasn’t the backdrop to countless Dr Who adventures. Oh, and the weather’s nowhere near as bad as you might have been led to believe – in the south and west the climate’s much like that of Cornwall.

Things to do with kids in Wales

Hit the beaches, of which Wales offers an endless supply. There’s the faraway Caribbean feel of Barafundle Bay, surrounded by cliffs, near Pembroke. The enormous expanse of Newgale Sands, just south of St David’s – a paradise for surfers and splashing children. Beautiful (but crowded) Mwnt near Cardigan. The magical dunes and shelly white sands of Ynyslas, across the river from Aberdovey. And peaceful Abersoch, up north on the Llyn Peninsula.

Visit Cardiff, both of them – the pretty city centre with the fairytale fantasy castle, Millennium Stadium, museums, indoor market and shops, and Cardiff Bay a mile away, with its regenerated docks with waterfront cafés, the bronze-domed Millennium Centre arts complex and many more attractions.

Go up Snowdon (1085m). You can hike, but it’s not for amateurs – instead, take the century-old mountain railway to the top, where there's a gorgeous visitor centre. If you’ve got older children you can walk down, but it’s still a serious undertaking. See also our guide to Snowdonia.

Venture into Portmeirion the Italianate village that was the setting for the ’60s’ cult TV series The Prisoner, near Porthmadog. Its fanciful architecture is only part of the fun: there are also gardens, fountains, woodland and seafront walks, beaches, restaurants and (a Welsh icon) a Cadwalader’s ice-cream parlour.

Dig deep at one of the mines that dot the country. The fabulous Big Pit, at Blaenavon World Heritage Site North of Cardiff, lets you don a hard hat complete with lamp and follow a real miner down a warren of tunnels 90m underground. Llechwedd Slate Caverns in Blaenau Ffestiniog in Snowdonia has two underground railways. Sygun Copper Mine in Snowdonia is fun, with ladders to climb.

Sample the parklife. Oakwood, near Narbeth in Pembrokeshire, is one of Britain’s top 10 themeparks, with rides for everyone from tots to diehards (the free-falling, spinning ‘Speed’). Folly Farm Adventure Park nearby combines animals (farm and zoo) with an indoor funfair and climbing equipment. Greenwood Forest Park in Snowdonia is as green as the trees that surround it, with towering log adventures and rides including a human-powered roller-coaster.

Ride with the whales off the west coast. A number of companies offer boat tours out to sea, where you might see whales, skirt around bird-covered islands and dart in close to cliffs. The Cardigan Bay Marine Wildlife Centre, in New Quay, monitors bottlenose dolphins, grey seals and porpoises and offers excursions on its Dolphin Survey boat.

Create a splash at two state-of-the-art waterparks. The indoor/outdoor Blue Lagoon at the eco-friendly Bluestone National Park Resort in the Pembrokeshire Coast National Park has a pool producing some of the UK’s biggest indoor waves, along with a lazy river, bubble pools and flumes surrounded by rocks and greenery with chunky wooden walkways. The LC sports complex in Swansea features The Edge with Surf Rider, the world’s first indoor surfboard experience, and Masterblaster, a roller-coaster-style ride. Both have plenty for younger children too.

Ride the rails on one of more than 20 historic rail lines, which take you from bleak mountaintops to pretty valleys, from still lakes to the crashing seashore. At some, youngsters can climb aboard gleaming steam engines, while most have fascinating museums and offer delightful picnic spots. Try Brecon Mountain Railway, meandering through the Brecon Beacons National Park along the Taf Fechan Reservoir, or the twin sections of the Welsh Highland Railway carving through Snowdonia. Great Little Trains of Wales coordinates nine historic lines.

Swing through the treetops of Gwyrew in north Wales or Port Talbot in south Wales on a Go Ape treetop adventure course.

A land of plenty, whether it’s fresh lamb and beef from verdant pastures or the wealth of goodies from the sea, Wales is dotted with farmers’ markets and independent butchers and is a bastion of local, sustainable produce. Whether you want lobster or gourmet cheese, you’ll find it, though most children will live happily on endless supplies of juicy sausages barbecued in front of your tent. The fare also translates into good restaurant dishes (try cawl, a mutton and vegetable stew), and many places offer simple options for children.

Other than that, youngsters llove the varied, often organic, ice creams from local concerns, as well as Welsh cakes – flat, sugary scones that keep the peace during journeys down long windy roads to the beach.

When to go to Wales

Summer is the perfect time to visit Wales: you can lounge on beaches until late in the day, and get the best weather for hiking and for views from way up stunning peaks. Of course, perfection brings the crowds, and as the roads in Wales get smaller and gnarlier the closer they get to the coast, you may experience gridlock on some lanes. Meanwhile, the main roads from the north of England heading towards the north coast resorts of Rhyl and Llandudno can suffer massive tailbacks. And holiday cottages (particularly the trendy ones around Pembrokeshire) get booked months in advance, so you need to plan. Otherwise, spring can be a delight, as can autumn, although the weather’s much less reliable in the mountains. Winter? Well, in the coastal areas it’s no worse than home, and in the hinterland you can score cheap family hotel breaks.

Cycling along a canal towpath

With its plethora of family-friendly campsites and other self-catering accommodation options, you'll find Wales a great spot for a budget-conscious staycation.

Explore a wide range of places to stay in Wales and save up to 50% with Booking.com
Find out more

The ideal family lodges in Wales

Check prices and availability for Hoseason's hand-picked lodges in Wales

The best cottages in Wales

Cottages.com offers the ideal cottage break for your family in the most beautiful parts of Wales

Unusual Places to Stay in the UK with Kids

Our hand-picked recommendations for Britain’s quirkiest places to stay as a family for a UK short break.
Find out more

Rhonda rounds up the best places around the country offering 'camping for softies'...
Find out more

A Family Winter Break on the Llyn Peninsula, Wales

We appreciate the chance for some family time and beach fun on the Welsh coast.
Find out more

20 Family-friendly British Museums You May Not Have Heard Of

Dea Birkett of the charity Kids in Museums inspires with some original days out ideas.
Find out more

Georgina casts her net for the best places to spot whales, dolphins and more.
Find out more

The biggest, brightest Guy Fawkes Night events around the country in 2016 – and some great places to stay nearby.
Find out more

Our favourite child-friendly cottages around the UK, with log-burners, hot tubs and/or indoor swimming pools.
Find out more

Rhonda checks out the best solo and family breaks for fathers, for Father's Day or all year round.
Find out more

Rhonda tracks down the best places to combine a little ‘me’ time with some family fun.
Find out more

The Best Places to Go Sledging Around the UK

Tracey rounds up the UK’s best spots for those living on the sledge.
Find out more

The best places to pitch a tent in Wales.
Find out more

A Single-Parent Outdoor Activity Holiday in the Brecon Beacons, Wales

Judy and Joe enjoy a sociable holiday including zipwiring and climbing.
Find out more
Best places to stay