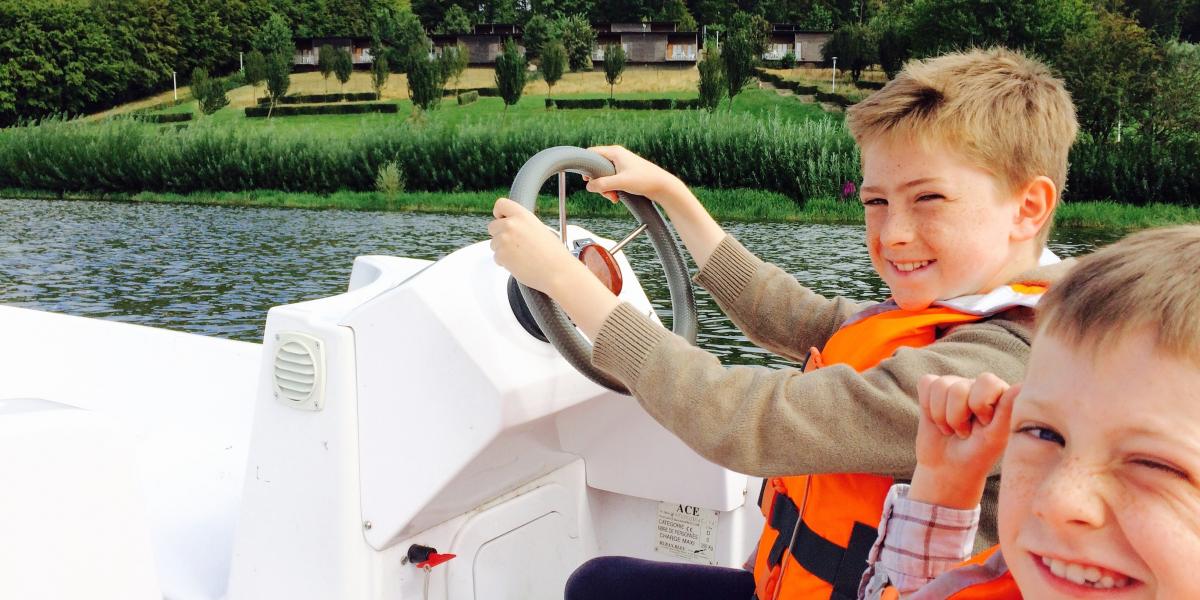 There’s a lot to be said for avoiding the coast in the main school holidays – not only because of the crowds, but because flights to seaside destinations can be fearsomely expensive even if you book well ahead.

I did just that with two of my sons and my brother this summer, heading for pretty, peaceful Lake Valjoly in the Avesnois National Park in the Nord region of northern France, on the Belgian border. It’s only a two- to three-hour drive from the main Channel ports, so is inexpensive and quick to reach. It also meant we could take along Daisy the dog, using Eurotunnel (this car-train under the sea is by far the best option to get to the Continent when travelling with pets, since you can stay in the car with them for the 35-minute journey).

Les Cottages du Valjoly, run by long-standing French family-holiday expert Summer France, is also very dog-friendly. Indeed, most of our neighbours in the stylish wooden cabins (some of which sleep up to eight) had brought their pooches with them. Water bowls were provided on restaurant terraces, and there was lots of space for walks both on and off the lead.

Valjoly itself (a public resort of which the Cottages are a part) offers up heaps of activities, many of them based on the lake – we took out an electric boat several times, and there are pedaloes, catamaran and windsurfing boards, stand-up paddleboards, kayaks and fishing. We also hired bikes and explored the shoreline and surrounding forest, took a self-guided pony ride through the woods (ages 10+ can go on longer outings, during some of which the horses walk in the lake), played mini-golf and tried out the trampolines and playground. Others on-site amenities include a treetop adventure course, laser tag and archery, and there's even a small aquarium.

The big hit of the holiday for the boys, however, was the on-site Aquatica water complex, which occupied them for the large part of three days. Inside are a bonkers wave pool and rapids, a slide, a swimming pool and a kids' pool. Outside is another kids' pool plus a larger pool with an extensive shallow end. Plenty of loungers means parents can sit back and soak up the sun while kids romp in the water (lifeguards are in plentiful supply). As Aquatica is open to the public, we recommend having a late breakfast or early lunch and arriving when everyone else is starting their lunch, so you get plenty of time to enjoy the facilities before they get busy.

Access to Aquatica is free to Cottages guests in high season; outside that, there’s a small charge. For other activities (except horse/pony rides, which you pay for independently), you invest in a Valjoly Pass and top it up with units (€49 buys 35 units). As a guide, pedaloes cost four units for half an hour and bike hire is nine units for half a day. We reckon on having spent about £100 on activities between the four of us over a week, which was a reasonable addition to an already reasonably priced holiday.

Of the 180 Cottages dotted over the hillside, some are in the woods and some face the water. Ours had lovely lake views from its large terrace, where would sit out for breakfast and for evening drinks and dinner as the sun went down. There’s a small but decent shop on site and a choice of small supermarkets within a 10/20-minute drive. There are also several family-friendly restaurants in the resort, for when you need a break from the kitchen.