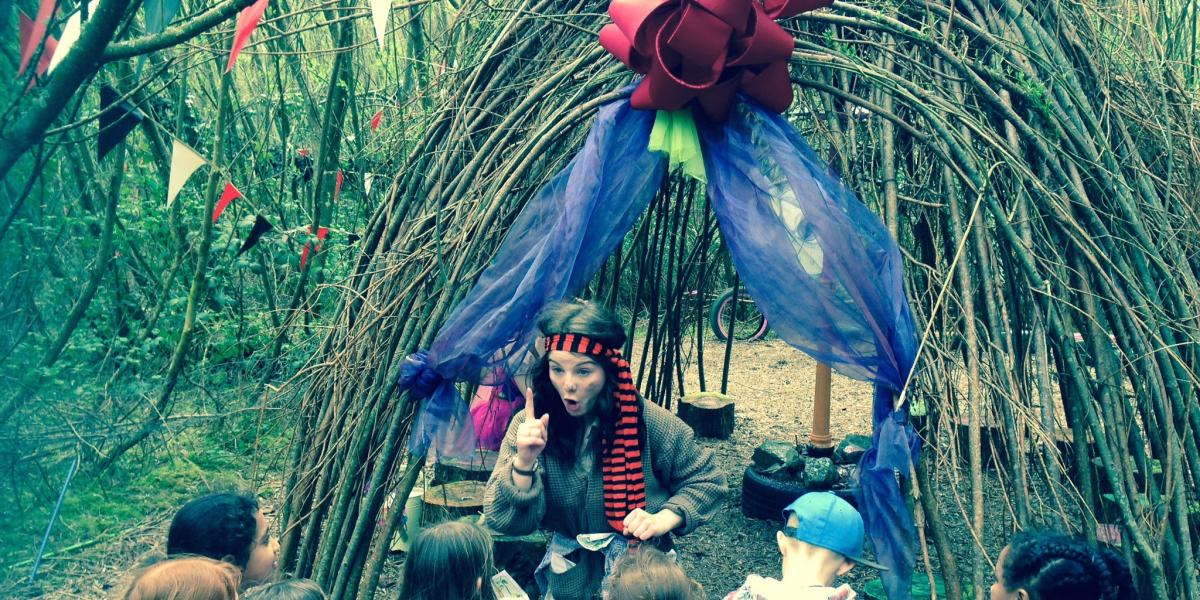 An Easter Break at the Bluestone National Park Resort, Pembrokeshire

Whenever I suggest a holiday abroad, my kids say, ‘Can we go to Bluestone instead?’ I’ve mentioned Dubai, Mauritius and Florida, but they really seem to have the Bluestone bug. We’ve been three times and each time it’s grown – and each time it's been brilliant fun.

In my view, unless you’re camping, you expect your family holiday accommodation to be similar to, if not better than, what you have at home. This is one of the things that always draws me to Bluestone – the 3-bedroom Grassholm Lodge we had this time was open, airy, clean and comfortable, and had all the things we required and more.

'We had a nervous walk with them to the first point, then they disappeared up to their first zip-wire. From this point on we could only witness them flying through the air between trees and hear their screams (thankfully they were screams of pure adrenalin-fuelled excitement).'

The kids were booked in for a few activities, the first being the Skywire. I hadn’t particularly thought about this activity and clearly hadn’t properly read about it either. They’d been on a zip-wire in the park and in a friend’s garden, and that was how I had imagined their experience.

We arrived at the meeting point, and as the instructors began showing the group of adults and older children how to use their harnesses, I realised the magnitude of what they were signed up for and my heart sank. My nine-year-old’s hands were barely big enough to clasp and unclasp each of the carabiners, although at least he’d been rock-climbing before.

At the meeting point was a practice rope they could attach themselves to in order to manoeuvre themselves around corners while still standing on the ground. The instructions were clear, and we learned there were to be two instructors with them, one at the back and one at the front. We had a nervous walk with them to the first point, then they disappeared up to their first zip-wire. From this point on we could only witness them flying through the air between trees and hear their screams (thankfully they were screams of pure adrenalin-fuelled excitement).

After they’d finished, we met them at Camp Smokey, a wonderfully rustic outdoor restaurant with a barbecue menu and the chance to roast your own marshmallows in front of a fire. Unfortunately it was fully booked, but we’ve added it to our ‘must dos’ list for next time!

On the Sunday we’d booked in for the Secret Village Adventure, an outside trail for children aged 4-7. Here, likeable, witty Harri the Goblin (short for Harriet) gave the children some ‘magic’ stamps to make them invisible, with the instructions that if they saw any other humans, they (and we adults) must be very still until the humans had gone. The trail went over the troll bridge to the secret garden in the woods, where we found the fairy Snowflake. Our mission was to help Harri make some fairy dust. The children soon got into character, even our ‘too-cool-for-school’ 9-year-old, and had a fantastic time.

Cleverly, at the end the children were told that Harri and Snowflake were going to visit the human world and if the children saw them they would have to call them by human names. They could wink at them, but were not allowed to reveal their identity to anybody. This was fortunate as our next activity was Tawny Tails, a story and puppet show put on by Harri and Snowflake in their human disguises. We also enjoyed the Tournament Field, where the fun includes a giant catapult and a crossbow.

Between our booked activities we spent a lot of time at the Blue Lagoon, an indoor waterpark with wave machine and slides, and at the Adventure Centre indoor play centre with its climbing walls, crazy golf and softplay – a godsend during wet weather.

My other (personal) highlight was the Well Spa Retreat, complete with thermal rooms and outdoor Jacuzzi. My rehydration facial was one of the best I’ve ever had – and I’ve had a lot…

A fantastic weekend was had by the whole family. Bluestone gave us the opportunity to relax and have fun together over a long weekend. My only regret was not having time to make it out of the site to some of the gorgeous beaches of Pembrokeshire – fish and chips on the beach is always a favourite of mine.

Meanwhile, the kids are already planning our next trip!