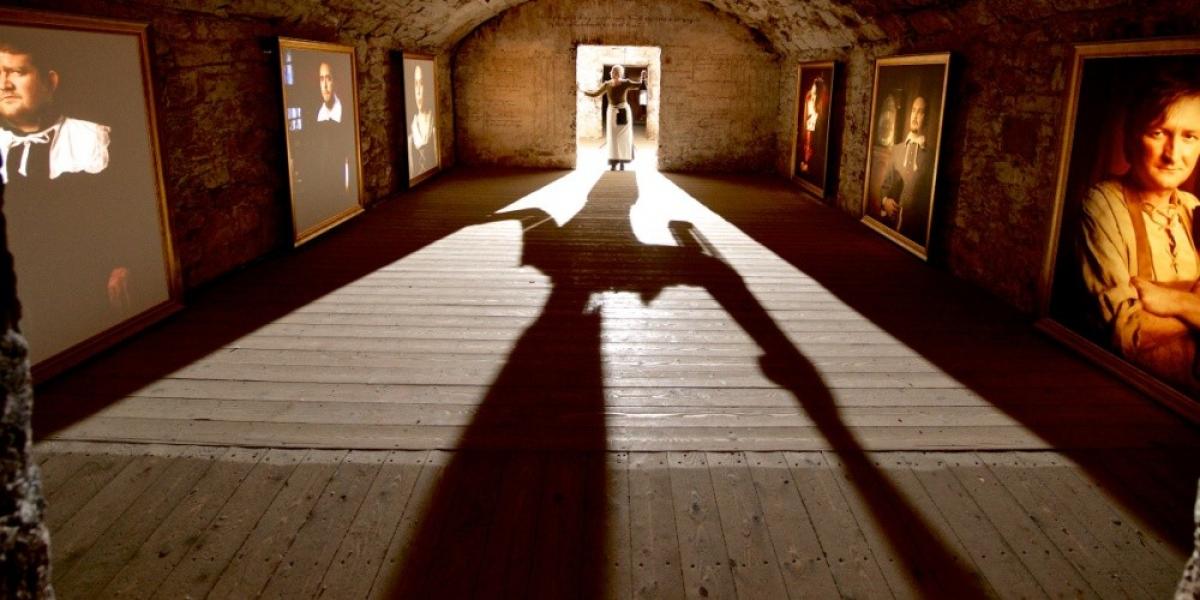 Edinburgh is one of my family’s favourite cities. We go in the summer for the festivals, in the autumn and spring for the clear skies and brisk walks on nearby windy beaches, and in the winter to be scared of the dark. And each time we go we discover something new. One of our finds is the Edinburgh College of Art, stuffed full of giant plaster casts of sculptures in a pillared atrium, free to enter and strangely deserted – it's like being in a secret, private museum.

This visit we also went on a guided tour of the Real Mary King’s Close – a dark, damp, smelly warren of closes (very, very narrow streets) where people lived, worked and (far too early) died. The closes lay buried under the cobbles of the Royal Mile until it was opened up just 10 years ago. You’re taken around this underground time capsule by a character from the closes’ past. Our guide was Robert Fergusson, the late 18th-century poet who wrote Auld Reekie.

Our poet was wry; he pointed at a tin bucket in the corner. ‘That’s the en suite,’ he said, then he told us about how the Black Death ravaged through the cramped dwellings. We all started coughing.

Our own ensuite was a bit more comfortable. We stayed in The Balmora Hotel, because you can walk anywhere from there – up to the wonderful, newly renovated National Museum of Scotland in the Old Town to see the first-ever cloned mammal, Dolly the sheep, and down to the Scottish National Portrait Gallery in the New Town to follow one of their fabulous free trails. Fur Coat an Nae Knickers is our favourite. It’s in Scots, but anyone can understand it, especially the rude bits.

It sounds like the sort of thing one of the inhabitants of Mary King’s Close would have shouted.

The Balmoral is no midden – a five-star hotel without any of the stuffiness, it particularly welcomes families. And it’s only five minutes from restaurant Cento Tre in George Street, run by Victor Contini of Edinburgh’s distinguished Italian family, who founded the city’s first delicatessen, Valvona and Crolla. Although we like discovering new places in Edinburgh, we always go back to Victor’s. Once you’ve eaten at Cento Tre, he’ll never forget you, greeting you by name and with open arms each time you return. The pasta with tomato sauce is an example of how simple food can be extraordinary. Victor also runs the café in the Scottish National Galley at the bottom of the Mound, in the shadow of Edinburgh Castle, where we had breakfast and tea. In fact, in our four-day stay there was barely a meal Victor wasn’t responsible for.

The best museums, the best creepy stories and the best pasta with tomato sauce. What more could you want from a city?