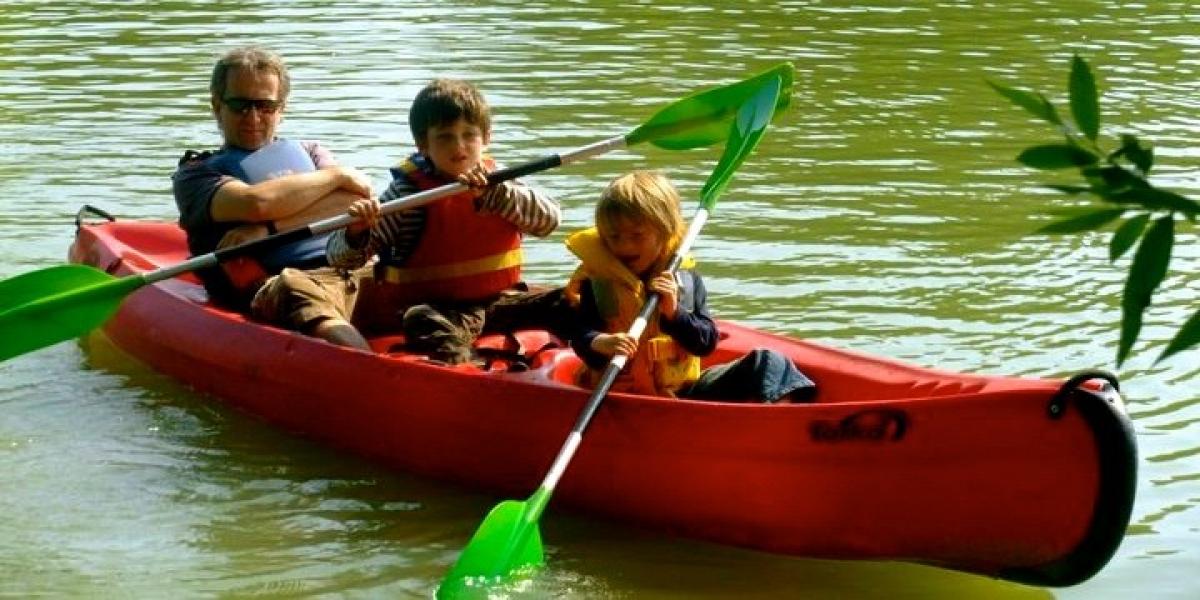 Many people chose Eurocamp's La Croix du Vieux Pont in gorgeous countryside in Picardy in northern France, 260km from the cross-Channel ferry port of Calais, as a good-value base for visiting Paris and Disneyland Paris (both about 90 minutes away by road) and/or the Gallic-themed Parc Astérix.

This was our plan, too. We’d already been to Disneyland but aimed to head Parc Astérix on one of our five days at the park, and we'd also booked a night in Paris for the middle of our stay. But on arrival, it quickly became apparent that the site itself had more than enough to keep us happy and well entertained.

It helped that the weather was gorgeous – an unexpected bonus for the first week of September. The park was calmer too than in high season – reps told us that in the middle of summer, every mobile home and camping pitch was occupied, and activities were oversubscribed. Such are the dangers of doing what you do so well. But early September was heavenly.

I’d pre-booked my eldest son and husband on an Action Stations activity package that was available to ages 7+ with Eurocamp’s partner PGL. My husband and I both have happy memories of PGL holidays taken when we were kids, while Ethan, nearly eight, is an activities nut who loves nothing better than a physical challenge. With advance booking on the website, the package offered great value, since each of the five activities (trapeze, zip wire, climbing wall, abseiling and archery) lasted an hour and a half. Again, it being out of high season meant that each participant got more turns at each activity than they would in the busiest months, and the supervision and safety were, as you’d expect from PGL, impeccable.

There were plenty of other things on site to keep Ethan’s younger brothers, aged six and two-and-a-half, out of mischief in the meantime, including an indoor/outdoor waterpark, an artificial beach by one of the site’s three lovely lakes, play areas (one paying, with a bouncy castle, trampolines and mini-karts) and cycling (baby seats and trailers are available, as well as bikes for younger kids, some with stabilisers). For older kids and adults activities also include canoeing and fishing, tennis and table tennis, table football and mini-golf.

According to season, there are also kids’ clubs and activities for various age groups. Two restaurants, a takeaway counter, a bar, a mini-supermarket and bakery, a gym and a beauty centre mean you don’t have to go offsite unless you want to, though Vic-sur-Aisne, the nearest town, has a charming centre dominated by an impressive castle you can visit in summer.

Overall, the campsite seemed more spacious and calmer than others of its kind, and particularly well suited to those with younger kids. Our three-bed superior mobile home was so roomy it seemed more like a small flat than a caravan. Having said which, we’d recommend splashing out on one with a deck – at little extra cost, this gives you more living space and a pleasant place to sit out and watch your saucissons sizzle on the barbie as the sun sets over the lakes.