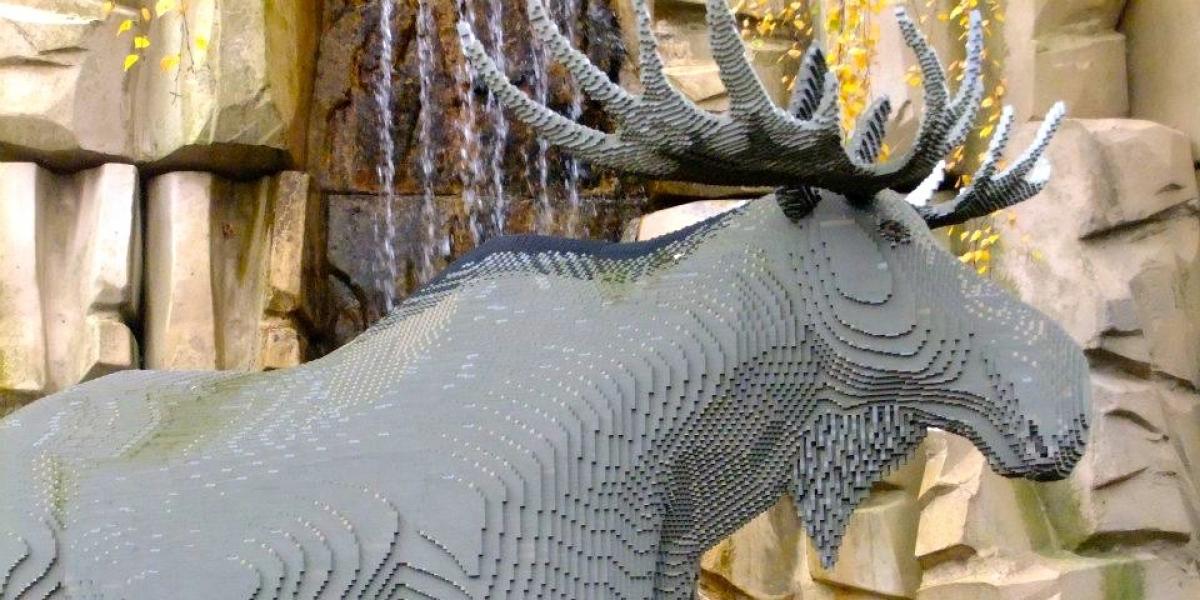 A Family Break at LEGOLAND Denmark

After my older boys (then aged nine and seven) turned into fully fledged ‘shapeheads’ (Douglas Coupland's term for LEGO obsessives), a short break at LEGOLAND seemed an ideal getaway idea for October half term. LEGOLAND parks – found in Windsor and also Germany, Denmark, California and Florida – are designed for kids aged 2–12, so though my youngest son (three and a half at the time) didn't yet share his brothers' passion, we knew there’d be plenty to entertain him too.

We’ve been to the LEGOLAND in the UK and were tempted to go further afield this time. The original LEGOLAND is set amidst the flatlands of Denmark’s Jutland region, in the curious town of Billund, which is where LEGO was invented and which is still given over almost entirely to the brand – it’s also home to the head office and main factory. You can fly to Billund from London Heathrow, London City or Manchester airports, or take the ferry to the Netherlands and drive onwards from there.

Hotel Legoland overlooking the themepark has various themed (and standard) bedrooms sleeping up to six, plus two family-friendly restaurants serving surprisingly good food. Better-value, however, is Lalandia Holiday Village across the road from the LEGOLAND entrance, with funkily furnished self-catering lodges and a vast leisure complex with a superb aquadome that puts all waterparks we’ve been to in the UK to shame, plus Monky Tonky Land playland and plenty of other attractions including ten-pin bowling and adventure golf.

LEGOLAND itself was a big hit with all the family, with a highlight for the older boys being the Star Wars area within Miniland, with fantastically detailed reconstructions of some of the key scenes from the movie. They also loved the Toyota Driving School, which allowed them to get their own licences to take home with them. The best ride, perhaps, for us all as a family was the gentle log flume, taking you past a series of vignettes with more amazingly well-rendered LEGO animals before final splash-down.

We also enjoyed a day in Esbjerg, where the Fiskeri og Sofartsmuseet has thought-provoking displays on the local fishing industry and seafaring in general. It’s saved from being dry by having an aquarium, a 'sealarium' with daily feeding displays, a colony of minks, the best playground I’ve seen at any museum, and even an old WWII bunker to explore. Its family-friendly café looks out onto the famous landmark Mennesket ved Havet or ‘Men of the Sea’, a nine-metre-tall monument depicting four men looking out at the North Sea.

We walked off our seafood lunch on Sædding Beach in front of the monument, dipped our toes into the icy North Sea and then warmed up over hot chocolates in a café. The shapeheads, clutching the obligatory bags of new sets from the LEGOLAND on-site shop in their sweaty mitts, were already talking of their return to the themepark.

Read more about family holidays and breaks in Denmark.