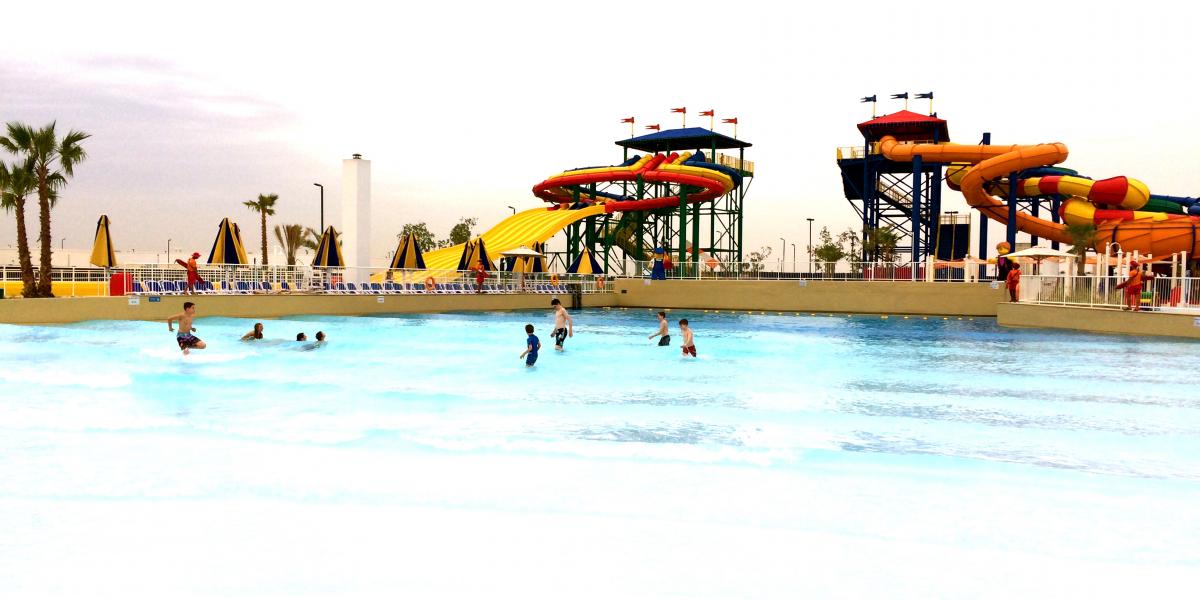 A Family Break at LEGOLAND® Dubai

“Aloha!” For a moment, as the greeting rings around the hotel reception, I wonder if I’m in the right place. ‘We’re in Dubai, right?’ I ask my nine-year-old son Zac.

My fears proved groundless, however, as this is the Lapita Hotel, a Polynesian-themed family resort, one of Marriott International’s Autograph Collection and also part of Dubai Parks and Resorts, the region's biggest leisure and theme-park complex – home to LEGOLAND® Dubai and the LEGOLAND® Water Park, plus the Hollywood-themed MOTIONGATE™ theme-park, Bollywood Parks™, and Riverland (shops and restaurants). In time it will also house one of the first Six Flags theme-parks to be built outside of North America.

"Miniland, comprising 20 million Lego bricks, possesses real wow factor and you could quite easily lose yourself for hours among the detailed replicas of Dubai’s iconic skyline, including an illuminated Burj Khalifa and an Emirates A380 in mid-air."

Lapita is impressive in its own right, from the huge, airy lobby to the satellite accommodation buildings containing sumptuous rooms with big, comfortable beds. The tribal atmosphere follows you everywhere: it’s in the names of the hotel blocks, the bars (the rooftop bar Lani, for example, with its incredible views and tempting cocktail menu), restaurants and the spa, Ola (meaning life, health and wellbeing).

The Lapita is keen to position itself as a child-friendly hotel and to this end, there are nice little touches such as play areas in the lobby and in Kalea, the large, buffet-style restaurant, as well as a kids' and a teens' club (complete with climbing wall) and a special swimming pool for little ones. (Not all of these were open at the time of our visit.)

Children will no doubt be impressed by the mind-boggling towel art left behind by the staff after your room has been serviced: we almost jumped out of our skins to find a towel crocodile waiting on the floor one morning, wearing my sunglasses. The one area that seemed to be lacking where children are concerned was food. Breakfast was no problem, with a range of trusted favourites (waffles, pancakes, eggs and even baked beans), but apart from mac and cheese at Ari – the poolside bar and restaurant – there was little to turn Zac’s head.

It seemed apt that we should be visiting LEGOLAND® in a destination that is often seen as one huge playground for the rich, where even the police drive Lamborghinis. Miniland acts as a central hub from which the other areas of the park (Imagination, Kingdoms, Lego City, Factory and Adventure) can be accessed. But beware: Miniland, comprising 20 million Lego bricks, possesses real wow factor and you could quite easily lose yourself for hours among the detailed replicas of Dubai’s iconic skyline, including an illuminated Burj Khalifa and an Emirates A380 in mid-air, and various world-famous buildings such as India’s Taj Mahal and Al-Khazneh, Jordan.

Once you peel yourself away from this stunning diorama, you can enjoy the various rides and attractions. Zac was most taken by the Dragon in the Kingdoms area. Accessed via the corridors of a castle, this ride starts off as a gentle trundle through various medieval scenes until the appearance of a dragon’s head poking out of the wall heralds a distinct change of pace. Suddenly you’re plunging headlong into tight turns and steep inclines and heading outside on to a series of dizzying loops and chicanes.

Zac enjoyed himself so much we had to go on it again… and again… and again… until finally I managed to drag him away with the promise of lunch. Think food is fuel and you’ll be fine. The obligatory pizzas and burgers and fried chicken abound, but at least it’s all hot and freshly cooked, and there’s the option of salad and pasta at the Market Restaurant if the fast-food staples put you off.

LEGOLAND® Dubai has plenty of rides for toddlers to enjoy and some 4D films if you don’t mind getting a little wet in your cinema seat. There are lots of places where your budding master-builder can enjoy some free play with the ubiquitous bricks, though of course the biggest challenge will be leaving without having parted with your hard-earned at the various shops.

Next door to Legoland®, accessed via a separate entrance, the Water Park offers more than 20 rides and attractions, and will prove a real godsend when those desert temperatures start to soar. If you’re loaded with clobber, fret not: there are lockers where, for a fee, you can dump your stuff. Towels are available too, also for an extra charge.

There are some vertiginous body and tube slides, family rafts to try out, and more gentle rides and fountains for smaller kids. Along with the wave pool and the relaxing Build-a-Raft-River with its gentle current, there’s plenty to do, but parents can also relax on a deckchair or in one of the plush rentable cabanas while young explorers go wet and wild under the supervision of the large contingent of lifeguards.

After a long day of fun, my mind was turning to the hotel balcony and a cool, relaxing drink. But Zac had other ideas. ‘Just one more,’ he said, as he tugged me gently, insistently, back to the castle and its resident dragon…