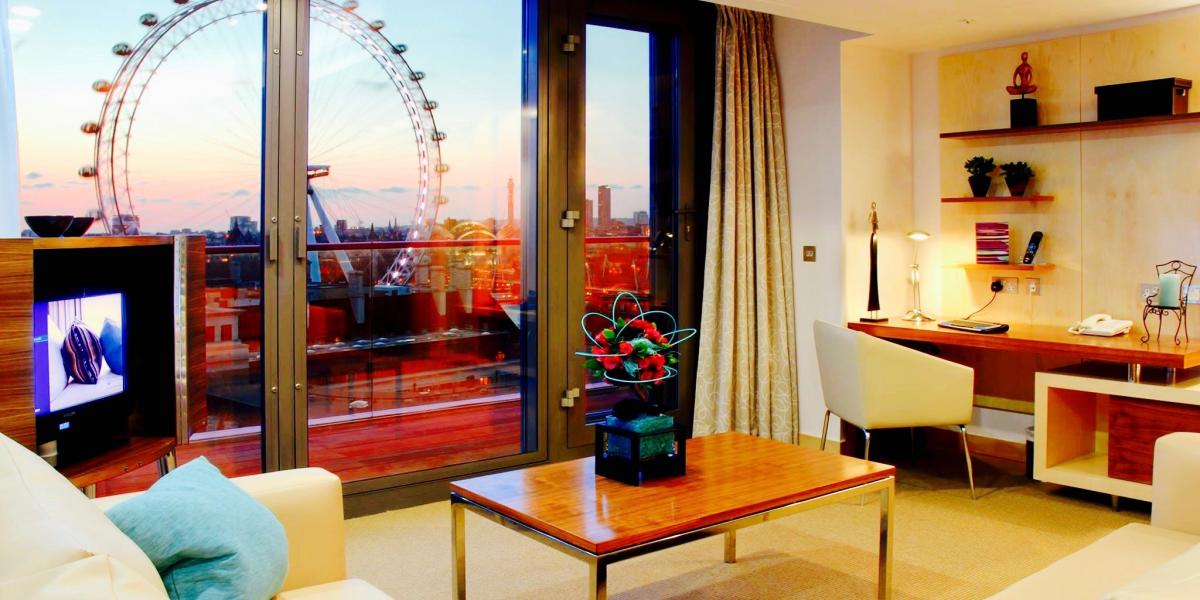 A Family Break at the Park Plaza County Hall, London

With Big Ben and the Houses of Parliament to the left and the London Eye to the right, we could hardly have a more iconic view to savour from the floor-to-ceiling window of our hotel room. But views aside, London's South Bank is a great place to base yourself with kids. And the Park Plaza County Hall London right behind County Hall itself is super-family-friendly, with Studio Rooms featuring kitchenettes with microwaves and mini-fridges handy for everything from baby bottles to breakfasts and snacks – eating out for three meals a day can get plain boring for kids, as well as expensive for parents. They also have separate living areas with a double sofabed and second plasma TV that make them perfect for city breaks with kids.

But perhaps the best thing about about the Park Plaza County Hall is its friendly staff – a real boon when you’re travelling with kids, who love to be made to feel special with extra touches that at this hotel include VIP check-ins with goody bags with colouring books, origami animals and more, free pizza-making classes, and movie nights with popcorn in the mezzanine lounge. Regular special events including Easter egg decorating, Halloween pumpkin-carving, and a chocolate fountain on National Chocolate Day.

Getting out and about, we explore the South Bank, an area long known for its art – the Southbank Centre is the largest complex of arts venues in western Europe – but one that over the last 15 years or so has become increasingly family-friendly. The presence of the arts centre means there’s always something interesting going on, from new exhibitions to riverside festivals, while the former County Hall building is home to several family attractions, including the Sea Life London Aquarium, Shrek's Adventure, the London Dungeon, and Namco Funscape with its bowling, bumper cars and other entertainments. And then of course there’s the London Eye itself, looming over the river and especially glorious by night, when its 32 pods are lit up. And you’re also just a short walk from neighbouring Bankside, home to the Tate Modern, HMS Belfast and Shakespeare’s Globe – all great with kids in their different ways.

The Park Plaza’s Family Family Getaway package – which extends to two adults and two children 12 and under and also applies at its other London hotels and those in Nottingham, Cardiff and Leeds – includes a kids' giftbag, vouchers for food and drink (there are kids’ menus in hotel restaurants and on room service) and complimentary in-room movies. Younger visitors also get free breakfast.

Alternatively, If you like hotels with a swimming pool to let off steam after sightseeing, try the Park Plaza County Hall’s neighbouring sister hotel, the Park Plaza Westminster Bridge, with similar rooms and the same amazing views from some of them.

Find out more about and book a family room at the Park Plaza County Hall and read our expert guide to things to do in London with kids.