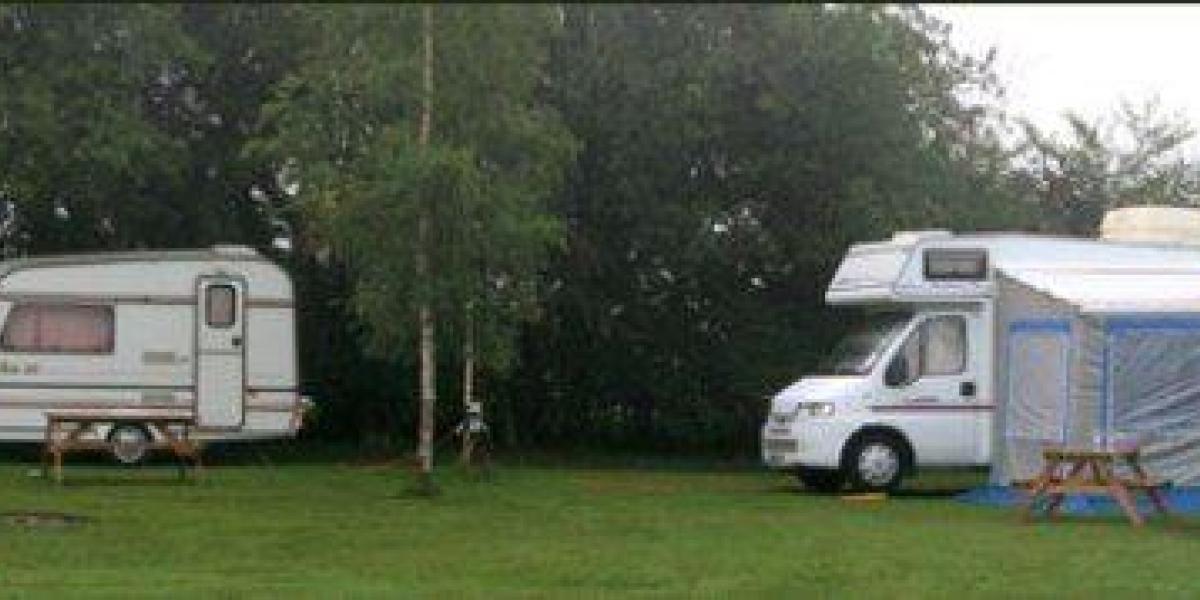 Everyone else had learnt from last year: their tents were bigger, and they’d brought duvets, blankets and portable kitchens. I seem to have learnt nothing. My tent was a pop-up one that, although very convenient and clever, is the basic minimum. I had also brought one of those seemingly luxurious blow-up double mattresses, which burst in the middle of the night, so my son and I spent the first night lying on wet canvas with tree roots poking into our backs, sadly awaiting the dawn. The lesson seeming to be that the older you get, the more stuff you need.

However, Orchard Campsite in rural Suffolk, an easy drive up the A12 from north London and within smell, if not sound, of the sea, was lovely. And we rather cunningly managed to go there with a mixture of chefs, domestic goddesses and professional camp-makers, so that breakfast, which for my son and me would normally have been a shared bowl of Rice Krispies with nasty long-life milk, turned into a two-hour extravaganza of bacon butties and 100 different types of spread eaten over the still-glowing fire.

As well as allowing open fires, which transforms any camping experience, Orchard Campsite is well-run, clean, attractive and comfortable - and is based near the site of one of Britain's most famous UFO sightings, in Rendlesham Forest, which added a frisson to our campfire gatherings and proved a good way of entertaining small children. For the site’s annual Alien Encounter Weekend in September, you’ll need to book well ahead, but every night there’s a ‘glow-stick scavenge’, after which the kids can transform their finds into lanterns, bangles and so on. The site also has a safe play area.

The site is only 20km from Aldeburgh, where we sat on the beach with fish and chips while our bevy of little kids tried to knock each other (and the sea) out with pebbles. Rain drove us back to the car, winding our way along a number of deserted back roads, and this turned into almost the best part of our holiday – we saw a hare leap down the road in front of us, giant ears flapping impressively, stopped to look at a young hawk teetering on a lamp-post, and strode through long grass to an ancient Suffolk church, with its nave of split Suffolk stone that had withstood the rain and history for more than 1,000 years. For city-bound children, all this was a little dizzying.

We ended up in Orford, which seems made for small boys – it has a great castle, fishing boats, boat-trips to pull up lobster pots, crabbing opportunities galore and another ancient church. Then it was back to camp, and a roaring fire and fresh fish cooked by an award-winning chef as lots of small pyromaniacs prodded the flames.

Children love camping, especially when it involves open fires and a trip to the beach. Orchard Campsite is a wonderful site, with hot showers you didn't have to pay extra for, a well-stocked shop, washing machines, wifi and barbecues, as well as the glowstick madness.  Once I'd managed to get some sleep, it was the venue for a great weekend.