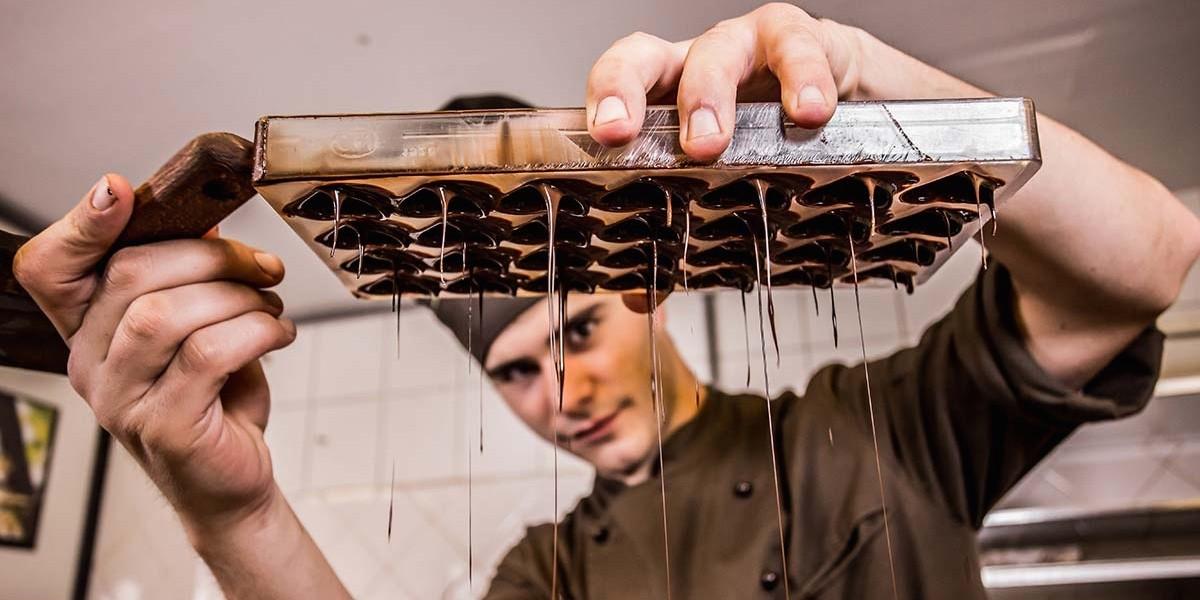 According to four-year-old Lola, Bruges is made of chocolate. She may just be right: with medieval streets lined with artisan chocolate shops, each wafting its heavenly wares, this city in north-west Belgium is not just easy on the eye but a feast for all the senses.

Normally I’d rather wrestle angry crocodiles than take my three children on a city break, but Bruges is somehow different. It’s a mere 90-minute drive from Calais, so if you catch the early boat, you can easily be in the Flanders capital in time for lunch. It’s compact enough to walk around with nippers, and it has an abundance of Belgium’s finest exports: chocolate, chips and beer. So it covers the three ingredients essential to a family city break.

As city-centre hotels are rarely family-friendly, we opt for a spacious lodge at Sunparks de Haan holiday village in a Victorian seaside town 20km from Bruges. Bursting with the Belle Epoque architecture famed along the Belgian coast, De Haan is also, surprisingly, blessed with white sandy dunes and the longest beach in Belgium. At Sunparks, a glass pyramid houses the Aquafun centre – a water palace ideal for little mermaids and mermen, with flumes, rapids, waterfalls and a wave machine you can almost surf on.

Dragging my three reluctant tourists from the pool, I entice (read bribe) them to Bruges with the promise of a visit to a chocolate museum. The quirky Choco-Story, housed in a typically Belgian gabled townhouse, is dedicated to the blessed cocoa bean and oozes chocolate from every brick. It could be more hands-on, but it does afford an interesting journey through the history of chocolate, together with the odd nibble and live demonstrations that will delight any child. Just around the corner lies another museum the health-conscious might want to avoid – the Frietmuseum, the world’s first museum dedicated to another of Belgium’s famous exports, the humble chip.

Back in the glorious spring sunshine we take a short wander to Markt, Bruges’ cobbled main square, bordered by pretty but expensive pavement cafés. The medieval city was named a UNESCO World Heritage Site in 2000, and with its fairytale architecture and resident horse and carriages it does have the feel of a living museum.

Four days is perfect for a short break here, but if time is on your side, you could easily fill a week or more. If you catch good weather, like we did, you’ll probably want to spend a day on the beach – De Haan’s soft sandy dunes are partly sectioned off into mini secluded beaches, which is great for young families. You could also take the kids to Plopsaland (yes, we did all snigger), a themepark based on characters from the kids TV station Studio 100, in nearby De Paane.

As our first foray into family city breaks, Bruges has schmoozed us completely. It’s laidback, a bit quirky and filled to the brim with chocolate, chips and beer. A bit like my family, actually…

Read more about family holidays and city breaks in Belgium.