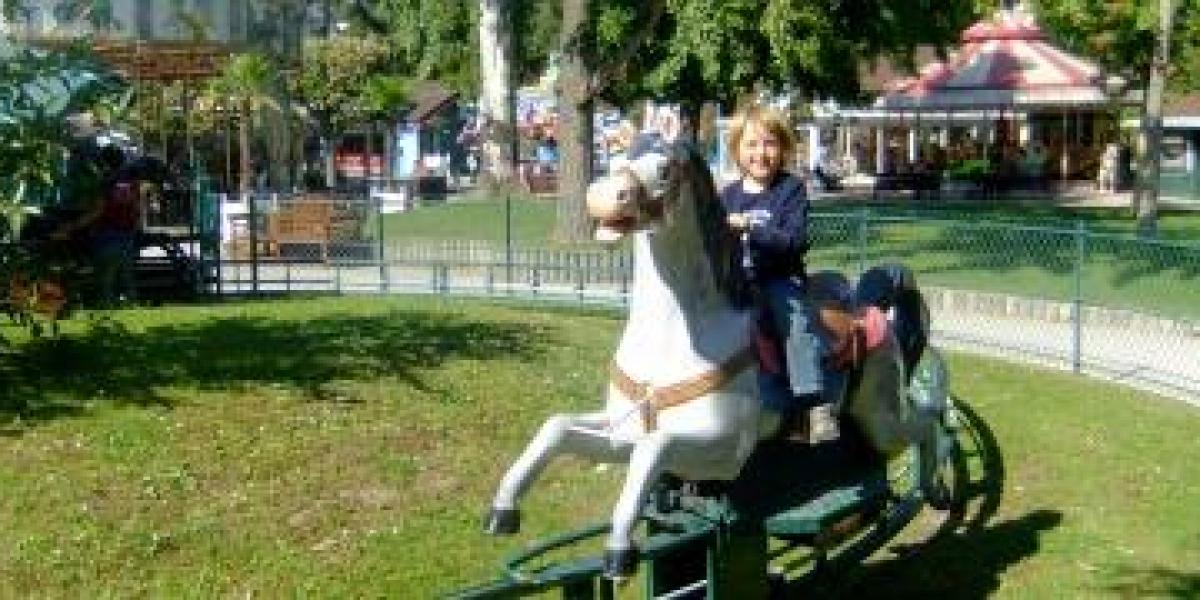 If anything, my family and I may be a little too familiar with Paris, having visited or at least passed through it more times than you can shake a baguette at on our various forays into France. Of course, Paris is always a pleasure and never a chore or a mere convenient stop-over venue, and it seemed silly to be as close as Eurocamp’s La Pont du Vieux Croix in Picardie this summer and not spend a least a little time in the French capital.

For years, my husband and I clung onto the same old one-star hotel in La République in eastern Paris that we’d frequented pre-kids – partly out of nostalgia, partly out of stinginess, and partly because the kids were entertained both by the hotel’s three somnolent cats and its clanky cage-lift that could only fit two of us at a time (or one with luggage!). But now seemed the time to grow up. I’d long been interested in the global Citadines group of ‘apart-hotels’ by virtue of its family-friendly credentials – its 16 properties dotted around Paris have studios and apartments with small kitchens that allow you to save money on eating out, plus laundrettes, breakfast rooms, parking, cots, bottle warmers and babysitting services.

Most Paris Citadines are very or fairly central; we chose the Bastille Marais apart-hotel slightly east of the centre because it’s close to our favourite part of Paris: funky Rue Oberkampf and the atmospheric Canal St-Martin. It was never going to match our shabby one-star in terms of an authentic French vibe, but it was cleaner, the staff couldn’t have been more genuinely friendly or helpful, and our one-bedroom apartment (with a sofa-bed in the living room) was modern, airy and comfortable. We didn’t make too much use of the kitchen since we were only there for one night, but you could see how it would be a boon for those staying longer – especially as the wide tree-lined Boulevard Richard Lenoir onto which the hotel faces hosts one of Paris’s biggest fruit and veg markets twice a week. The same boulevard has numerous play areas within its central gardens.

There was more novelty to come. Though I lived in Paris when I was a student, I never ventured out to the Bois de Boulogne to the west of the city – mainly because in my mind it was associated purely with vice. I didn’t know then about the Jardin d’Acclimatation, a family paradise that so happened to be celebrating its 150th anniversary at the time of this visit. Home to all sorts of kiddy-pleasers, including a children’s museum, a puppet theatre, an enchanted-river ride, fairground attractions and play equipment galore, a mini-zoo and farm animals, and a huge paddling pool with mist machines, it began life as a royal menagerie under Napoléon III and subsequently became a human zoo exhibiting – incredibly – African bushmen and other ethnological ‘curiosities’!

Worthy of an entire day out, the Jardin costs only a couple of euros to enter, but budget a good £50 per family if it’s a one-off because there are some great rides and your kids, like mine, will probably want to go on just about everything at least one. You could save money by bringing a picnic, although there are some decent on-site eating options, from waffles kiosks to a proper sit-down restaurant.

So much for new experiences. Despite having been to the Eiffel Tower on two previous visits to Paris, my boys were keen to get reacquainted with it. In fact, only my husband and eldest boy Ethan had actually been up it – I suffer from vertigo and so, in the past, did my middle boy Ripley. This time the latter was insistent on going to the top – and, despite my panicky protestations as we ascended to the 2nd level, on me coming with him.

The Tower has changed since our previous visits. First of all, you can now pre-book tickets, which means that if you plan ahead you can finally circumvent those horrific queues (up to 3hrs, and the reason why none of us went up the first time). Secondly, it’s recently introduced a ‘Gus’ discovery trail for ages 6–10, who can pick up a free quiz book at the Cineiffel audiovisual theatre and follow the yellow footprints to 12 themed information boards on the tower’s construction and history.

But of course, there’s nothing to beat the excitement of going to the top of the tower, where in addition to the amazing views over the city and beyond, there’s waxwork tableau featuring Eiffel himself and world flags showing how far each country is from the tower and in which direction it lies. However many times you’ve been to Paris, there’s no beating coming up the tower at the end of your stay and pointing out the places you’ve visited – last time we could make out the Louvre Pyramide and Tuileries gardens where we’d been just a few hours before, while this time we were able to spot parts of the Jardin d’Acclimatation nestled in the expanse of green unfurling to west.

What goes up must come down, however, and that’s the big problem with the Eiffel Tower. While you can get up relatively quickly if you book ahead and circumvent the queues at the base, waiting for the lift down from the top, then the next lift down from the 2nd or 1st level, takes an absolute age, including if you visit ‘off peak’ as we did (7pm in the evening). So even if you want to just whizz up for the views, you need to factor in a good 2hrs for a visit – 3hrs if you want to take the Gus trail.

The Tower’s child-friendly first-floor café with its multi-coloured Perspex chairs and sandwich and pastries counter looked tempting (especially given the lift queues), but having been immersed, back at the campsite, in the book of the movie ‘Ratatouille’  – about a rat who dreams of becoming a famous chef in Paris – the boys were in the mood for a properly French dinner. Following the advice of Frommer’s ‘Free & Dirt-cheap Paris’, we walked 15 minutes’ west from the Eiffel Tower to the Café du Commerce, a family-friendly bistro serving traditional favourites to locals, including eggs mayonnaise, leek vinaigrette, wild Burgundy snails, grilled pigs’ ears and superb if quite pricey steaks, plus a good kids’ menu.

My boys love Paris, look forward to our regular visits, and even said on this trip that they’d countenance leaving their beloved Manchester to take up residence in the City of Lights. They love the parks, they love the food, they love riding home in a taxi marvelling at all the gorgeously lit monuments. They love riding on the Metro, and they love the Jardin des Plantes with its quirky carousel of extinct animals, its maze, its mini-zoo, and its natural history museums. They love the Jardin du Luxembourg with its toy boating lake, its pony rides, and its fantastic playground. In time, I’m sure, they’ll love the spooky catacombs, the Parc de la Villette with its science museum, and the inside-out Centre Pompidou with its awesome modern artworks. Who knows? – I might even tempt them into the Musée d’Orsay, on the basis that that’s where The Doctor took Amy to look at some of Van Gogh’s work.

But most of all, and for all time it seems, my boys love the Tour Eiffel. Months after our trip, two-year-old Zac is still talking about ‘how we went up over the Eiffel Tower’, and though we’ve now all been to the top, my husband and I – exchanging long-suffering looks – have faithfully promised to put the Tower at the top of our To Do list whenever we take the kids to Paris.