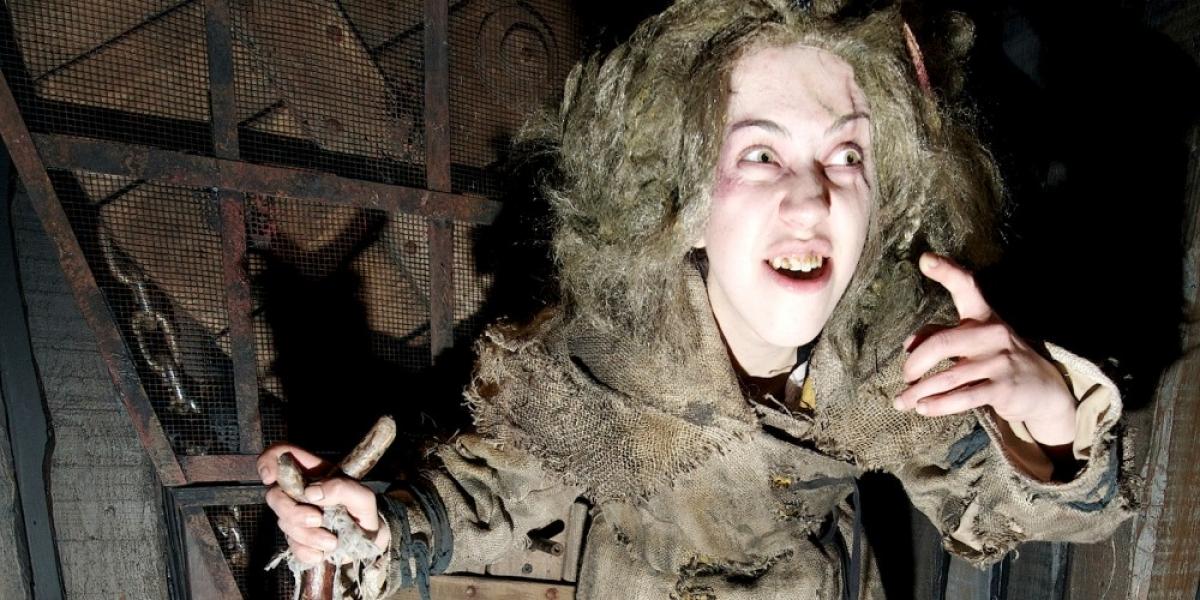 A Family Day Out at the London Dungeon

Sitting in a barber’s chair in pitch darkness, listening to the footsteps of ‘Sweeney Todd’ as he paces the room looking for his next victim, hearing snip-snipping sounds emanate from the headrest behind you – this is just one of the gruelling experiences awaiting those who brave the London Dungeon in its larger incarnation within County Hall, right by the London Eye.

Though I’ve never been to a Dungeon before, I suspect this one has upped its game with its relocation. It’s long had a reputation for being schlocky – and it’s still schlocky – but it’s also great fun for anyone with a gory sense of humour. I’d classify it as a sort of interactive theatre experience with a healthy dose of education thrown in with the (nervous) laughter.

The Dungeon takes you on a whirlwind tour of the more gruesome aspects of London’s history, from the Gunpowder Plot to the Plague and Jack the Ripper. The tour takes you through a series of rooms in which costumed actors narrate or act out episodes from history, often including members of the audience into their scene – you might find yourself in a cage, in the dock in a courtroom, hopelessly lost in a mirrored maze, or even in a torturer’s chair as he demonstrates his instruments.

Naturally, this is not one for younger kids. My 10-year-old, whose imagination tends towards the macabre (his dad writes horror novels, after all), thought it was brilliant, but I did see a couple of kids of about the same age being led out, unwilling to go on. I personally found the scenes in the dark quite hard to cope with – despite reminding myself that it was all make believe and that I obviously wasn’t going to get harmed, the mind seems unable to shake off some of its most primal fears. There is also some mild swearing, and you have to not mind being squirted with fake bodily fluids on occasion. But overall I’d say this is generally fine for ages 10+.

The Dungeon may seem expensive but on balance I’d say these prices are justified given that two rides are included in the experience – a boat ride past various vile tableaux and a dark drop-ride, Drop Dead, simulating a hanging.

Read more about things to see and do in London with kids, plus family-friendly places to stay.