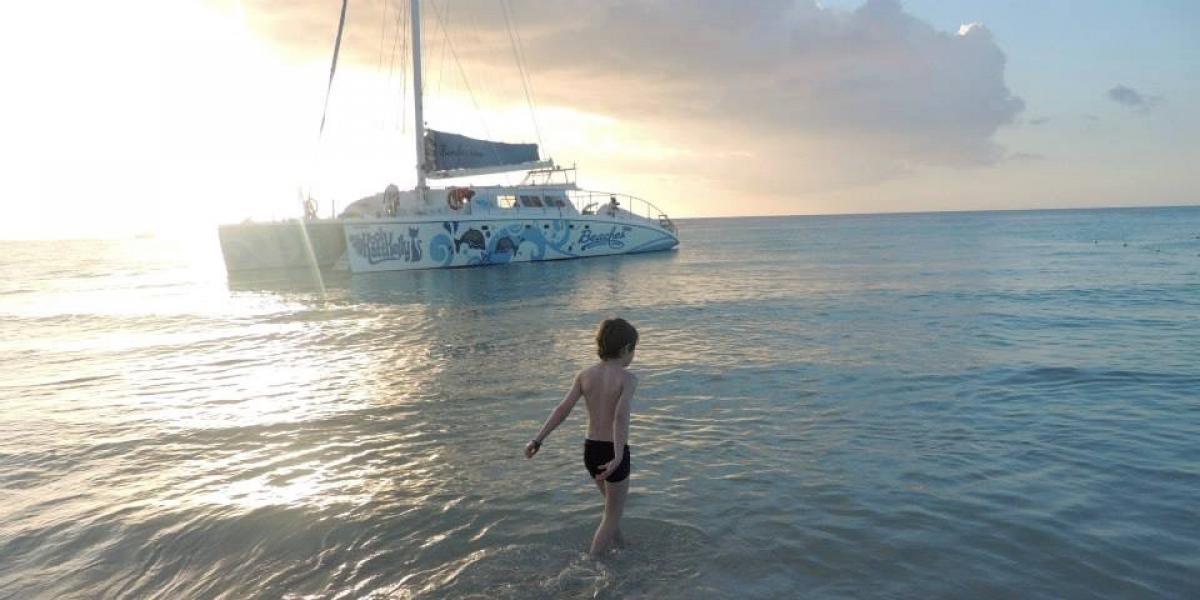 When we boarded our flight to Jamaica, Beaches Negril had just been voted top hotel for families in the Caribbean in Tripadvisor's Traveller's Choice Awards as well as featuring among the top 25 all-inclusive resorts in the world in the same poll. Our expectations were high – would it, could it, live up to them?

I'd already stayed at a Beaches resort a couple of years back – Ochos Rios – and been very impressed by its offerings. But Negril is an even more alluring option, not least because of its plum setting in the middle of glorious Seven Mile Beach. My 9-year-old son, not starved of beaches, marvelled at its powdery white sands and at the clarity of its waters. Heading out in the hotel's glass-bottomed boat, we saw lionfish and rays, and held live starfish and sea urchins brought up from the depths by a diver – the stuff of which lifelong memories are made.

Being all-inclusive, Beaches Negril offers masses of activities you don't have to pay for, including watersports such as banana-boating and waterskiing. There's also an excellent on-site waterpark for all ages, with a lazy river, sprinklers and big, fast slides, then all sorts of facilities from tennis and basketball to table tennis. Childcare (kids' clubs for all ages) is included, and there's a huge Xbox room with supervision so you can safely let your kids hang out there without having to accompany them, plus a pop-up playground with outdoor activities for younger children. Dining options range from a seafood restaurant right on the sand to a Japanese restaurant with knife-juggling, fire-raising, reggae-singing chefs at teppanyaki tables. All are included, but some need booking ahead.

It's hard to figure out how to find time to fit in any extras, but we were tempted by an Island Routes catamaran cruise that took us along the coast to some sparkling sea-caves. Plunging into the ocean via the catamaran's own slide, we swam into and through the old pirates' hideout as local boys leapt and dived from the cliffs above us, hoping for a tip.

Ripley is perhaps a little beyond the age where he could fully appreciate the hotel group's 10-year affiliation with Sesame Street – Negril hosts a weekly parade featuring Sesame Street characters, plus extras such as character breakfasts and bedtime tuck-ins. The younger kids lapped it up, though. More to Ripley's taste was the wild and raucous steel band performance one evening, including many of his favourite tunes (from Michael Jackson to Gangnam Style) and a spectacular dance-off, followed by a chocolate buffet during which he made a beeline for the fountain and me for the chocolate martini bar.

He also loved sitting beside me at one of the hotel's swim-up bars and sipping a mocktail as the DJ set up a deck and the hotel dancers strutted their stuff, both in and out of the pool, while the lunchtime BBQ was lit and the smell of jerk chicken and pulled pork wafted through the warm Caribbean air. Ripley even got the chance to try his own hand on the decks at the resort's Scratch DJ Academy. We made up for all this exertion with a Mummy & Me massage at the excellent on-site Red Lane Spa with its Ginger Lily age-specific treatments that can be enjoyed with a parent.

Ripley fell hopelessly in love with Jamaica – for its beauty and its weather but mainly for its people. 'Most people who try to be cool aren't friendly,' he commented. 'But Jamaicans are cool and friendly.' And while this was a holiday jam-packed with fun, I know that another of my son's most cherished memories will be our visit to a local school supported by the Sandals Foundation, for the annual Christmas Toy Drive. There we handed out toys that we had brought with us from the UK, to supplement those donated to the Foundation by several big toy manufacturers, served out cake and ice cream to the kids after watching their performances, and had a look round the school itself. Best of all was when a boy perhaps a little older than Ripley gestured him over and gave him an impromptu lesson on his drums, and they chatted and giggled together like old friends.

Whatever time of year you stay at a Beaches, you can visit a local school to read and chat to children as part of its Reading Road Trip initiative, while donations to the Sandals Foundation can be made year-round on its website.

Read more about all-inclusive family holidays in the Caribbean at Beaches Resorts.