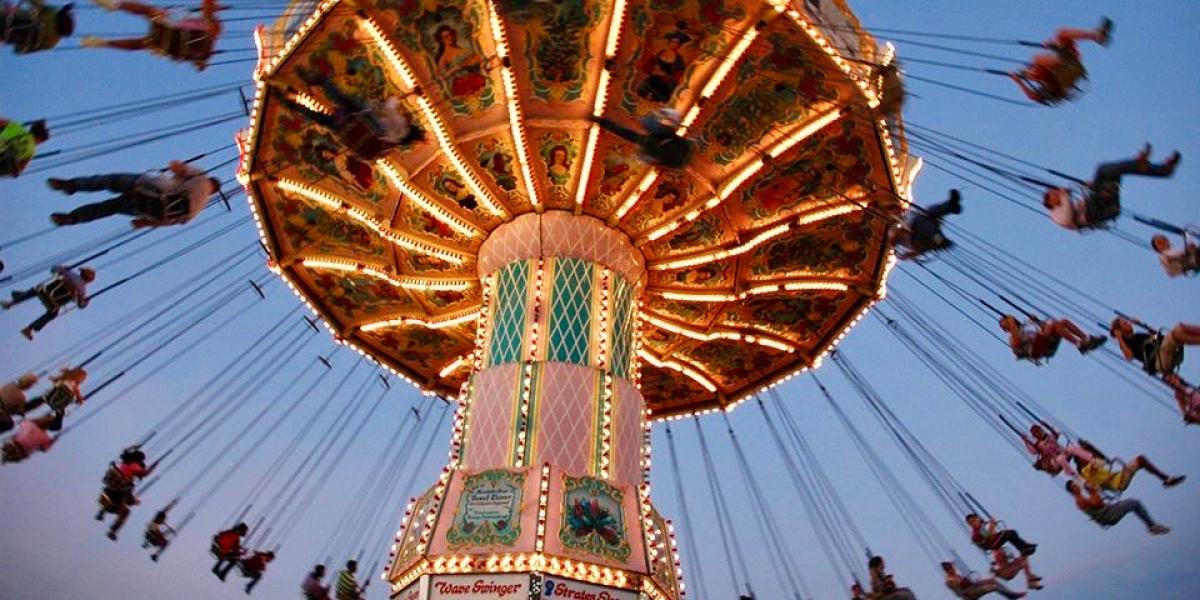 I’m always lecturing the kids on how we should eat the local dish. It doesn’t matter whether we’re devouring the Great British Breakfast in Eastbourne or burritos at the Grand Bahia in Mexico, it’s best to have what the person sitting at the next table is having who probably lives up the road or down the carretera. It’s we who should be travelling, not our food.

‘Eat what the locals eat!’ I shout at the kids when they try to order chips in China. So when we arrived in Winston-Salem, the kids insisted that they devoured the home-cooked food in huge quantities; they were, they told me, only doing what they’re told. This North Carolina town may have given its name to an American cigarette, but its most famous product is not tobacco but Krispy Kreme doughnuts. In 1937, the magnificently named Vernon Carver Rudolph founded the first hot doughnut shop here.

We drove along an anonymous strip, just like any other edge-of-town American experience, before the kids spotted the red neon 'Hot' sign, indicating that doughnuts were on the boil. Watching them being formed sent shivers through my health-conscious maternal heart. They were pulled from a huge deep-fat fryer before being saturated in sugar. The kids watched in a jam-induced trance as row after row of the Original Glazed variety trundled along the small conveyor belt and through a liquid sheet of icing. As if that wasn’t enough to literally break any heart, they were next smothered with multi-coloured sprinkles and injected with custard, jelly or cream. I calculated just one Chocolate Iced with Creme Flavour filling would use up almost a quarter of my recommended daily calorie intake and probably completely devour all of the seven-year-old twins’.

In the formica-countered café, the server gave the kids white paper hats with the doughnut company's retro logo on it. The hat, like everything else in the shop, was throwaway. Yet biting into a Krispy Kreme while sitting under the 'Hot' sign was like living a scene in a 1950s B-movie. The stickiness that soon smothered our hands was, I admit, deliciously wicked.

‘You said we had to eat local,’ sneered my teenager, licking the sugar from her fingers. ‘I better have another – just to keep you happy.’

Read more about family holidays in the USA.