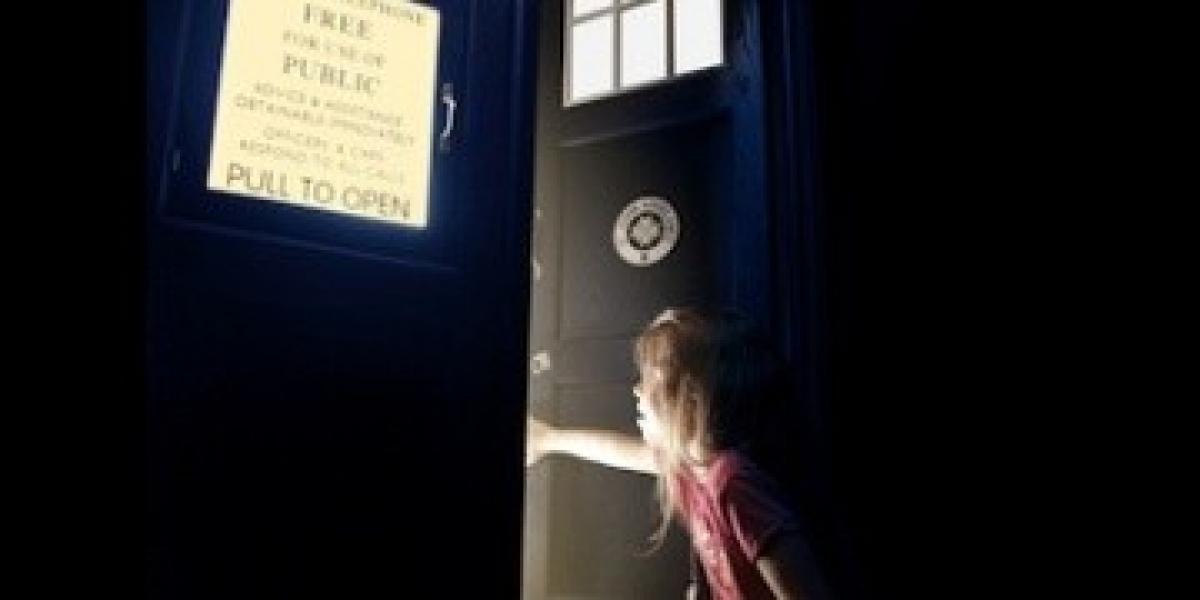 Family Shows: The Crash of the Elysium, Manchester International Festival

This review is from the Manchester International Festival 2011; the next MIF takes place in July 2013.

Since the Manchester International Festival began on 30 June, I’ve been in a froth of anticipation, not only for the Björk show that I’ve had tickets for months but for the main attraction of the festival for kids – a live Doctor Who adventure called ‘The Crash of the Elysium’. Like many kids today, my older boys are Doctor Who nuts, while I’ve always been a sucker for experimental theatre, whether it be Robert Lepage or children’s company Oily Cart, many of whose interactive productions we saw when the boys were younger.

I knew little about the show beyond that it’s billed as a ‘live Doctor Who adventure for children aged 6-12’, mainly because when MIF hits town every other year, I’m compelled to studiously avoid any reviews of shows I’m up for seeing lest it spoil my fun in advance, or give me preconceptions about what I’m going to see. Hence, I could tell my boys little beyond the fact that this wasn’t going to be a piece of theatre in the traditional sense and that they certainly wouldn’t be sitting down watching people on a stage. At this, they looked intrigued if a little wary. I’ll admit I was too.

Staged at the BBC’s new Manchester HQ at MediaCity at sparkling Salford Quays, ‘The Crash of the Elysium’ begins in a room dotted with dusty museum cabinets full of ostensible relics from a steamer that set sail from Salford Quays in the 19th century and ended its life as a wreck off Beachy Head. But as a tweed-jacketed professor starts to recount its history, he’s interrupted by sirens and the sudden arrival of combat-suited soldiers who, dragging him off, announce to the audience that their help is needed in a mission to save the world.

You’re then commanded to sprint along the canal-side, with kids first and adults puffing behind, to a second building, where you don decontamination suits and masks and embark on a quest to locate the Tardis and send it to save the Doctor, with Matt Smith himself appearing on video screens to appeal for your help. The sense of urgency combined with semi-darkness, smoke effects, strobe lighting and murky background figures engaged in unknown activities makes it all pretty unsettling, and the performance was barely underway before my 7-year-old, Ripley, was wailing and telling me he didn’t want to do this. Another boy of the same age had the same reaction. But we couldn’t just duck out, as I needed to be there for my oldest son, aged 8. So I scooped Ripley up in my arms and we soldiered on, with me whispering to him in the dark about how it was like being in an episode of Doctor Who – exciting make-believe. Just a story.

There were no Daleks or Cybermen to contend with, but there were some Weeping Angels, which are in some ways the scariest of all the Doctor’s foes, turning to stone when you look at them but able to move extremely fast when unobserved – and not only that, but able to transport their victims into the past (in our case, to 1888, when the Elysium sank). En route to the Tardis or returning home after saving the Doctor, the ‘Elysium’ audience has to pass several angels and – at the spookiest part of the show – is actually pursued by one along a dark corridor.

As with all good theatre or indeed any kind of art, it’s impossible to render the effect of ‘The Crash of the Elysium’ in words, and any attempt to risks making it sound plain silly. And I don't want to spoil your fun by revealing all. But suffice it to say that it was exceptionally well done, with superb acting and superb sets (not least the magical yet slightly sinister Victorian fairground), to the point where most of the adults – myself included – found it unnerving or even unabashedly scary. I’m fully expecting to have nightmares tonight about at least one of the ‘scenes’. Ripley, on the other hand, may have clung to me like a baby all through the performance, but on the way home all he could talk about was how he wanted to see it again. Part of the appeal, certainly, is that kids come out feeling like heroes, having been active throughout the performance, pushing and pulling levers, hunting out clues and helping to strategize. Their adult ‘back-up’, meanwhile, are often scolded by the soldiers for being too slow off the mark, physically and mentally. The children save the day.

‘The Crash of the Elysium’ is a kids’ show, so you do need to bear in mind that some younger kids might find it all too much. For that reason, ages 6–8 must be accompanied by an adult (these family performances can be attended by ages up to 12, with a maximum of one adult per child). There are also adult-free performances for ages 9–12, and, for grown-up Doctor Who anoraks, a very limited number of adults-only performances.