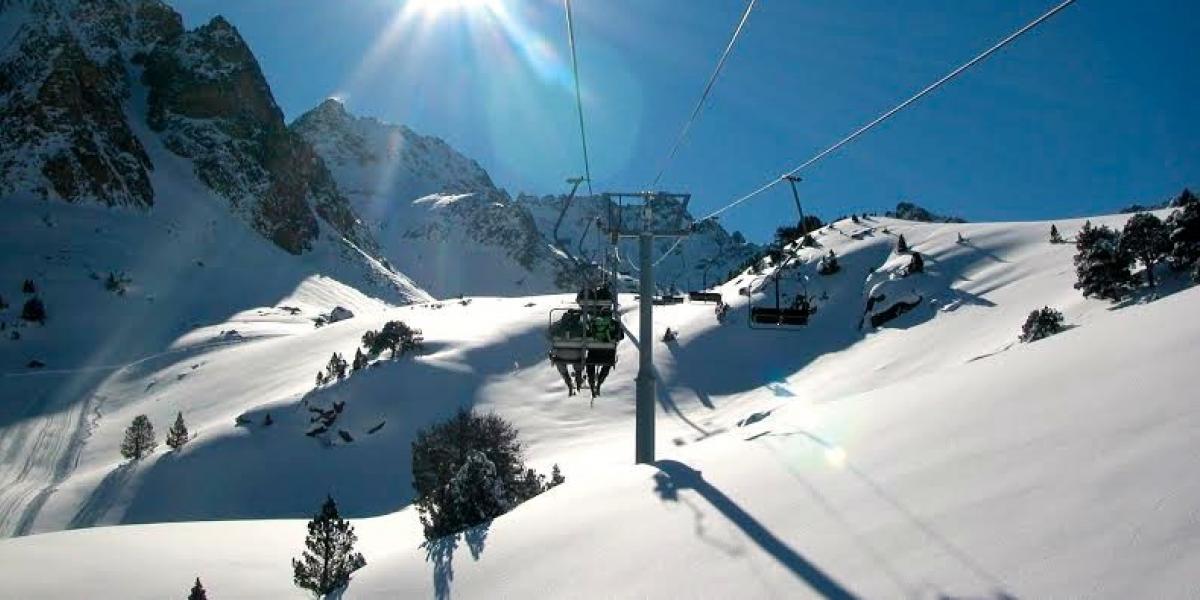 Mention skiing in France and most people think of the Alps, but many of the country's Pyrenean resorts offer an excellent alternative, especially for families. Easily accessed from the UK via Toulouse or Lourdes airports, the resorts tend to be smaller and less expensive than their alpine equivalents, yet if you choose your destination carefully, there’s enough to keep any level of skier busy, as well as plenty of other things to do.

We visited Grand Tourmalet, the largest ski area in the French Pyrenees, with 100km of pistes. It’s made up of two main centres - we stayed in La Mongie, a small, purpose-built resort where all the accommodation is very close to the slopes, rather than Barèges, which is a traditional village where you need to get a bus to the slopes.

La Mongie is ideal for children and beginners, offering a nursery slope at the foot of the pistes with a long magic carpet so they don’t have to negotiate a tricky button lift or cling onto a rope. For more experienced skiers, the pistes are mainly wide and well-groomed, plus there’s a snow-park and off-piste terrain for the more adventurous.

What made La Mongie a little different to many resorts was that there was plenty going on for kids even when the lifts close. In the late afternoon/early evening there is usually a group of huskies at the bottom of the slopes who are happy to be petted and stroked while they wait to take people out on sleigh rides. The magic carpet continues running once the pistes close so that families can sledge on a floodlit piste without having to trek up the slope. You can also toboggan three kilometres down from the Col de Tourmalet (an iconic part of the Tour de France in summer.)

One evening we opted to take a ride on a specially converted piste-basher to the upper slopes to watch the sunset with a glass of wine (or juice and biscuits for the kids). The next evening we drove snowmobiles around the lower pistes as the sun went down – there are miniature versions so that kids as young as six can drive themselves.

Another thing that sets this resort apart from the others is the Pic du Midi observatory – you can take two cable cars up from La Mongie to visit during the day, or those with older children can stay overnight to enjoy not just the views but also the moon, stars and planets through powerful telescopes (see our feature including a night at the Pic du Midi).

We stayed in Hôtel la Crête Blanche – unassuming and modern from the outside but offering a cosy and traditional interior with plenty of wood, furs and knick-knacks. We booked a family suite overlooking the pistes, which had the great advantage of including a separate room and bathroom for the kids. The hotel also has a bar with books and games, a small TV room and a restaurant serving an excellent three-course menu fixe.

The weather was bad on the second day of our stay but it didn’t really matter – we drove down the mountain to Bagnères-de-Bigorre to spend a couple of hours in the Aquensis thermal spa, which somehow manages to be child-friendly and relaxing at the same time. Its highlights include roof-top Jacuzzis, a pool where you can listen to music underwater and an enormous hammam with complimentary Moroccan mint tea.

Read more about family holidays and breaks in the Hautes-Pyrénées. For more information about Le Grand Tourmalet, see the official website.