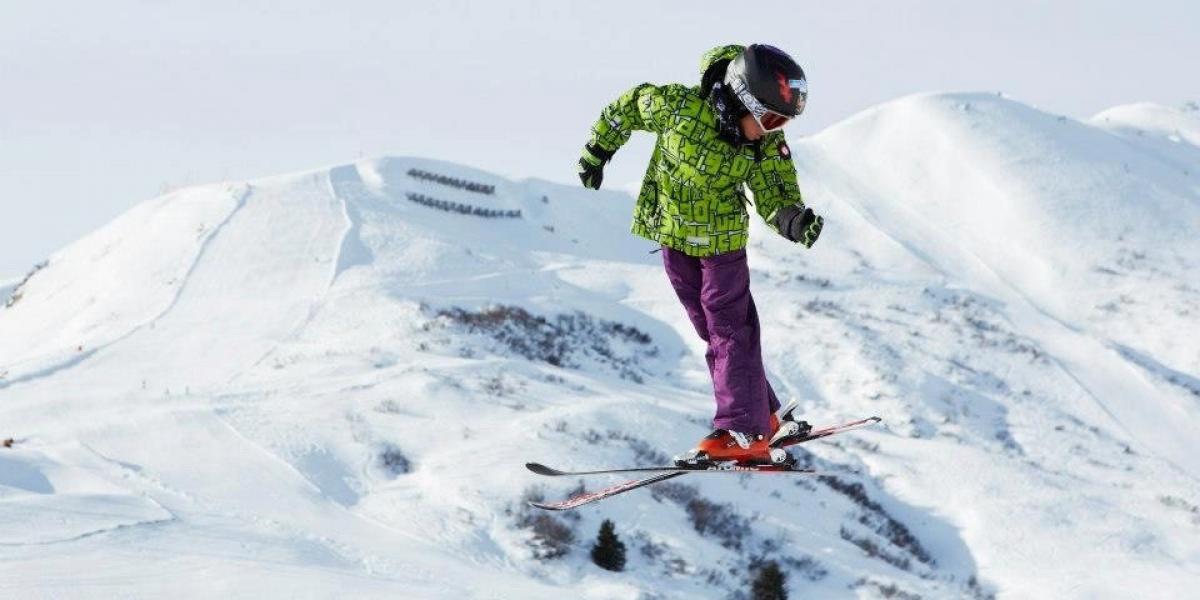 It’s not always the case that a ‘family hotel’ is perfect for all the family. But for us, the Löwe (‘Lion’) in the child-friendly resort of Serfaus in the Tirol region of Austria was a dream, with kids actively fleeing their parents to explore the vast indoor play area, to monopolise the free PlayStations and to go mad in the splash room with its slides and pool. And for all the chaos going on, we parents could relax in a luxurious, traditional Tirolean hotel, happy that dinner was going to be top notch.

The Löwe is one of Austria’s many Kinderhotels, where family fun meets luxury. Though our children were old enough to run about without us, there was plenty for those who weren’t – the hotel offers childcare for ages six months to 14. All baby equipment is free, and all-day attractions include cinema, theatre, magic and table tennis.

Best of all, everything’s included in the price. You only pay extra for getting pampered in the Löwen Spa – we recommend the organic adobe sauna – and the beauty club. When it comes to dining, meanwhile, kids either get their own menu and mealtimes (and tables!) or can join in with you.

Many Kinderhotels are on the slopes, with their own lifts and ski schools. The Löwe isn’t, but it’s just up the pretty street from the unique Dorfbahn underground railway, which floats on air – it has no track, no platforms and no vibration. The four stops connect you with the gondola, with halts for hotels.

The ski area itself is one of Austria’s best for children. Children get their own cable-car, the Murmilibahn, up to a learning spot, the Kinder-Schneealm with its dinosaur play garden and tubing, while another 14 lifts and conveyor belts serve the area. There’s a whole lot more for children, too, including a merry-go-round, a mini bob-run, a skidoo course, a fairytale village, a dinosaur forest, a tubing park and a playground.

Around 140 instructors, most English-speaking, help children as young as three get a great start, while older children have a great opportunity in the form of the Burton’s Learn To Ride program, offered by Patscheider Sport, which pledges to have them turning within a day. There’s also a large fun park, the Funarena Boarderclub, with BoarderX, wave run and cool sounds, and a huge freeride area. As if that wasn’t enough, you can try other mountain sports at Komperdell’s Take-Off Centre – take a spin on a snowbike (a bike on skis), a snowfox (a seat on skis), a snowshaker (a snowboard with the ability to move your feet), a snowscoot (like a snowshaker with handlebars), an airboard (an air-filled plastic sled) or other gizmos besides.

Unlike many ‘family’ areas, there’s plenty of skiing here – 187 kilometres connecting Serfaus with the villages of Fiss and Ladis, and almost all of it accessible to early intermediates without the danger of finding yourself on a steep run. Slopes go from 1,200m up to 2,800m, with two-thirds above 2,000m, meaning they stay in shape from December until late April. (As a guarantee, almost two-thirds have snowmaking.)

Every Wednesday, Serfaus hosts the Snow & Adventure Show, an explosive extravaganza in which instructors demonstrate ski techniques down the years, and perform stunts on snowboards and snowmobiles. High-wire artists, paragliders and mountainbikers add to the excitement, as does Europe’s largest open-air laser show, a fireworks display and live music.

Then it’s back on the tube and a chance for the children to run wild again while the parents gather for a nightcap. Serfaus is one big family party.

Read more about family holidays in the Tirol region of Austria.