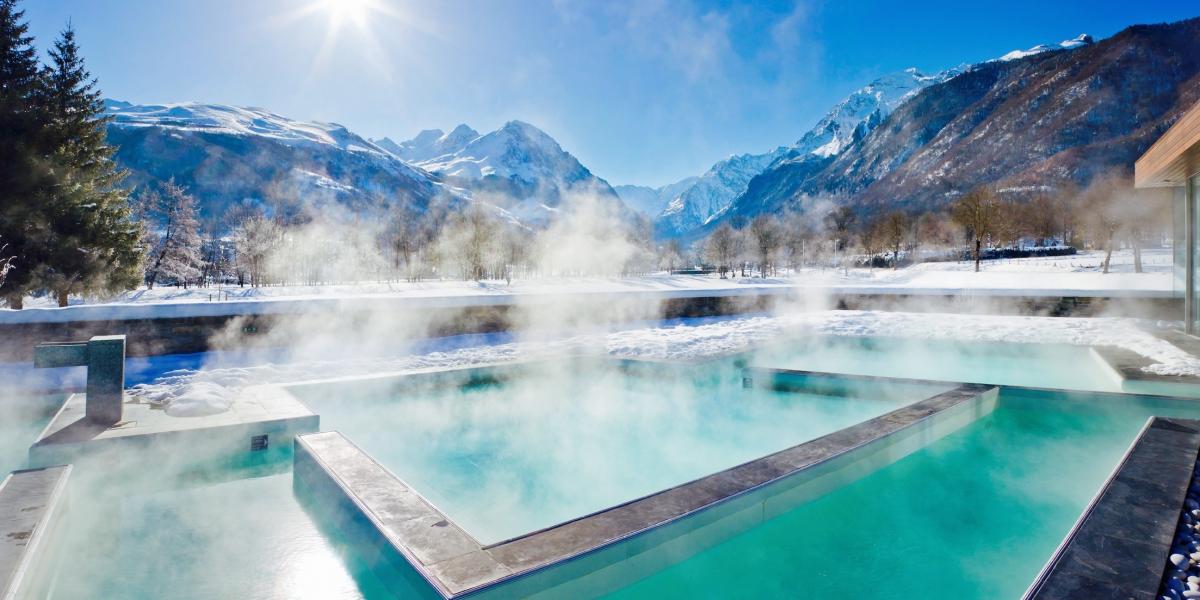 A Family Ski Holiday in the Vallée du Louron, Hautes-Pyrénées

Paragliding, hiking with dogs, pedaloing, waterparks and treehouses took up our stay in the Vallée du Louron in summer. In winter, it’s largely about the skiing, with two resorts on either side of the valley: largish, family-friendly Peyragudes, with 60km of pistes on two sides of a mountain, mainly self-catering accommodation near the pistes and a protected jardin de neige away from the main slopes for tiny visitors; and little Val Louron with just 22km of pistes, making it ideal for families learning to ski or those with younger kids.

Peyragudes' beginners’ slopes are at the bottom of the pistes, so parents can watch their kids from the cafés if they don’t want to ski. The resort’s new 007 piste (celebrating its appearance in the Bond movie Tomorrow Never Dies 20 years ago) now means that all the accommodation can be reached on skis and there’s no need to take a shuttle bus.

Val Louron is traffic-free (there’s a vast free car park outside it) and very compact, with all the slopes coming down to the line of simple cafés. It’s an ideal place to let your kids have a bit more freedom on the slopes than you might feel happy doing in a larger resort.

But the Vallée du Louron in winter isn’t just about skiing. A whole array of other snow activities includes fat-biking (mountain-biking on snow, with special ‘fat’ wheels), snakegliss (coming down a slope in a group on several sledges attached together), inflatable lugeing and husky sleigh-rides. And to warm up after the snow, there’s the thermal spa Balnéa, divided into two sections, one for families – babies aged nine months up are allowed, with swim nappies and armbands provided – and another, quieter section for adults and teens.

Both parts feature indoor and outdoor thermal pools and Jacuzzis. The grown-up section also has saunas, steam rooms, heated beds and an ice wall, a flotation pool with underwater music and an outdoor circuit of three large pools that increase in temperature from 33 to 40°C – after the last, you can leap out and throw yourself in a pile of snow should you so desire. Pretty much all of the spa, inside and out, has spectacular mountain views.

We stayed at the Gîte Grange Au Rêve de Cimes in a traditional village around 20 minutes from the two resorts and within 30 minutes of two other resorts. It has plenty of room for two families in two double bedrooms, a large room for up to four kids (with teddies on each bed), three bathrooms and an enormous living room with double-height ceiling, a fully equipped kitchen and a wood-burning stove. Through the owners we ordered dinner from a local restaurant, which was waiting in the fridge to be heated when we arrived. We also took up the option of breakfast, which included homemade bread, brioche and jams – and even, one morning, homemade doughnuts. But the best bit was the terrace with deckchairs, perfect for savouring the views of this heavenly region.