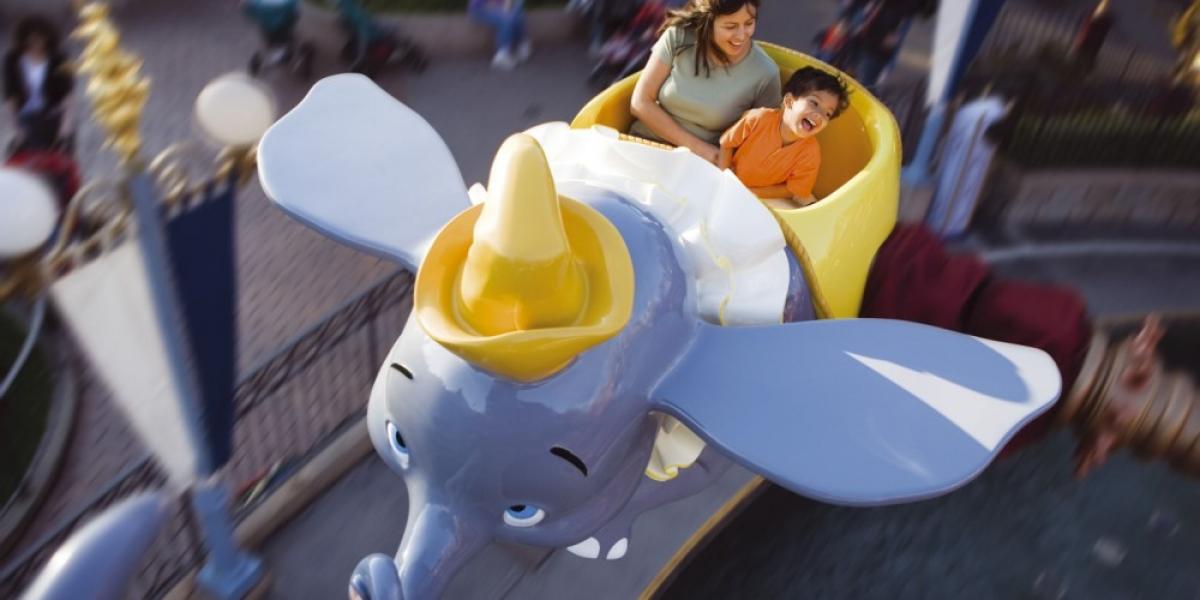 I admit I was as excited as the kids when we spotted the first Disneyland Paris sign on the autoroute on the 40-minute drive from our apartment in the forest of Fontainebleau south-east of the French capital. It’s 30 years since I went to the California version, but it’s vividly imprinted on my memory, so magical was the experience. Though I know my adult self will see things with very different eyes, I can’t help but hope to recapture some of that buzz I felt as a 10-year-old.

We begin in Fantasyland, billed as the best place for younger kids, but it soon becomes clear that Ethan, for whose sixth birthday we are here, and Ripley, four, find the flying elephants and the rotating tea-cups a bit tame. Our friends, who have come to join us, basing themselves in the nearby Adagio Aparthotel Paris Val d'Europe, show up and we head for meatier rides – the Pirates of the Caribbean with all its swashbuckling, skeletons and loud noises goes down a storm.

We notice how long the queues could be and thank heaven that we had the good sense to play hookie from school and come in the week preceding half-term. Although we do have to queue about 30–45 minutes for a couple of rides, in general we can go straight in and climb aboard.

This seems to me essential if coming with younger kids – ours got to go on their favourite rides several times over the course of two days, and if they really rated a ride and wanted to go on two, three times in a row, this was no problem. If you come at a busy time of year and face queues of two hours and more for the most popular rides, you might get to experience only four rides a day – very poor value given that you’ll be paying around £300 per family of four for a two-day ticket.

With two six-year-olds tall for their age but with different definitions of ‘scary’, and a four-year-old small for his age, there were a few awkward moments about who was able, or willing, to go on which ride. But these complications and disappointments were inevitable. It just meant we found ourselves promising to come back in five years, when the oldest boys can go on anything they want, and the babies/toddlers will be able to enjoy themselves – there’s currently very little for the latter to go on, and not even any grassy areas to put them down for a stretch and a crawl.

We were warned about this, but it’s worth taking into consideration if you have an active older baby who doesn’t like being strapped into a buggy or carrier for hours on end. And if, like me, you find yourself missing out on your own favourite rides because the baby’s gone to sleep in his pouch on your chest, you may think it’s worth waiting for a time when all members of the family can partake of the Disney magic.

Next time, we’ll also make more time for the Walt Disney Studios – we spent almost two full days in the Disneyland Park itself, despite the relative lack of queues, and sprinted into the Studios an hour before it closed on the second day, thinking it wouldn’t be as interesting as the Park. We were wrong – it has some cracking rides, including Crush's Coaster – but also lots of attractions that the kids recognised from some of their favourite movies and wanted to investigate more fully. My conclusion was that next time we’ll need at least three days, possibly four, to get our fill.

Book your 2015/16 family break at Disneyland Paris and get up to two days and two nights free, plus under-7s go free. Selected offer expiry dates apply for different arrival dates throughtout 2015 and 2016