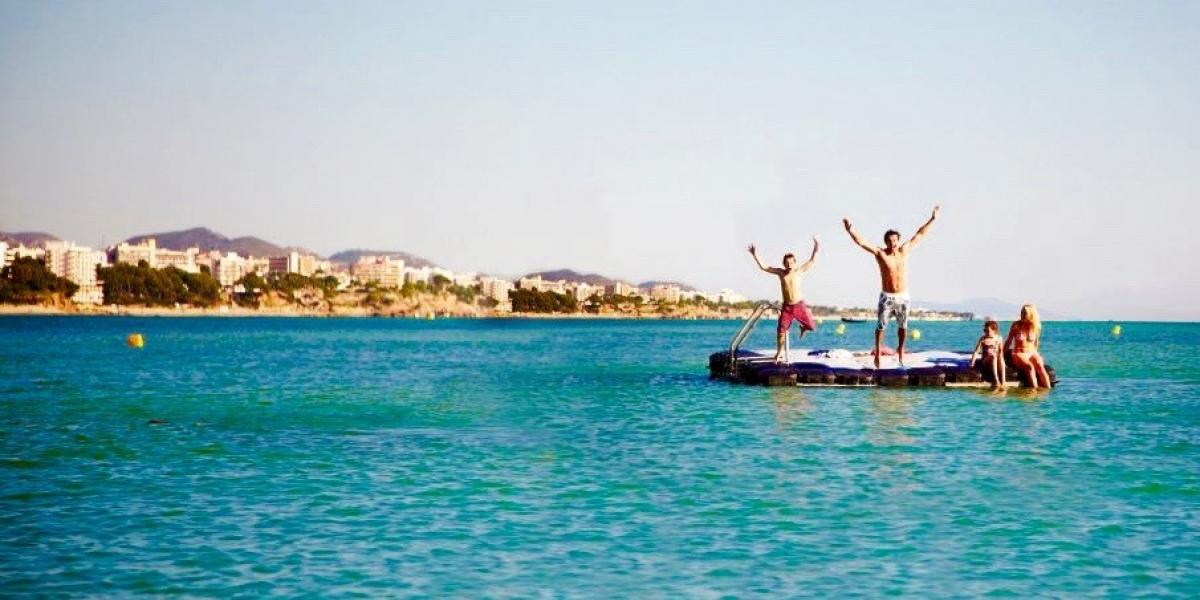 Life-changing Holidays: the South of France

I was eight, my sister six. Squashed into an M&S changing room, I tried on a pink gingham shorts-and-top set, she a blue-and-white spotted one. Mine was cotton, hers more of a towelling material, with a white fringe under the ‘bust’. The tops of these imitation ‘bikinis’ left our midriffs bare. It was a first step towards womanhood. My mother’s happiness was palpable.

It was 1964 and we were going on our first, and only, family foreign holiday – camping in the South of France. The drive was long. Long, long roads interspersed with strikingly similar villages and towns. There were loud arguments in the front seats and more subdued ones in the back. We stayed overnight somewhere with a big statue of Joan of Arc – Orléans?

The motorways were full of long-distance lorries that my father overtook, only to end up behind them again, grumbling, after we’d demanded yet another pit-stop. We witnessed a spectacular crash in which a car landed upside-down in a ditch on the other side of the road. My father stopped the car and ran over to see if he could help. We remained silent, waiting for his return. Later, in traffic, we noticed a dog jump out of the pick-up truck it was tied up to as the vehicle moved off, dragging it along. We managed to get the driver to stop and the dog was saved.

That was the holiday when I learned to swim and my sister played every day with Astrid, a German girl her own age. I recall two photographs of the holiday: one of me in the sea, splashing forward, head thrown back; one of my sister and Astrid building a sandcastle, heads together, communicating without a common language.

My father and mother were fascinated by Germans. There was a German family in the tent next to us, and they were much better equipped than we were. Our tent blew down in a storm and my father spent most of the night holding up the central pole. On another – balmy – night my parents wanted to open a bottle of wine but had no corkscrew, so my father rehearsed a sentence in German with my mother, egging her on to go and ask the Germans for one.

“Habsten heinen corkscrew?” he made her repeat.

She plucked up courage to enter their camp and was answered in perfect English. “Of course. Any time.” She scurried back to our tent, giggling, and they laughed together.

One evening we went out for crêpes suzette. I loved the exotic sound of the words. We walked back in the dark to the campsite, the air full of the scent of pine and the cries of cicadas, and felt charged with an almost illicit sense of joy.

My mother’s birthday was during the holiday. My father gave her a washing-up bowl. It was a deep blue plastic bowl with handles. Just what we needed, I thought.

The drive back has merged in my memory with the drive there. But I distinctly remember coming back into our kitchen. In the excitement of leaving, my mother had left a chicken carcass in the oven, which she now retrieved, wriggling with white maggots.

My parents separated the following year but didn’t divorce until I was at university. My subject of choice? French language.

Read more about family holidays in the South of France, including our favourite campsites and holiday parks.