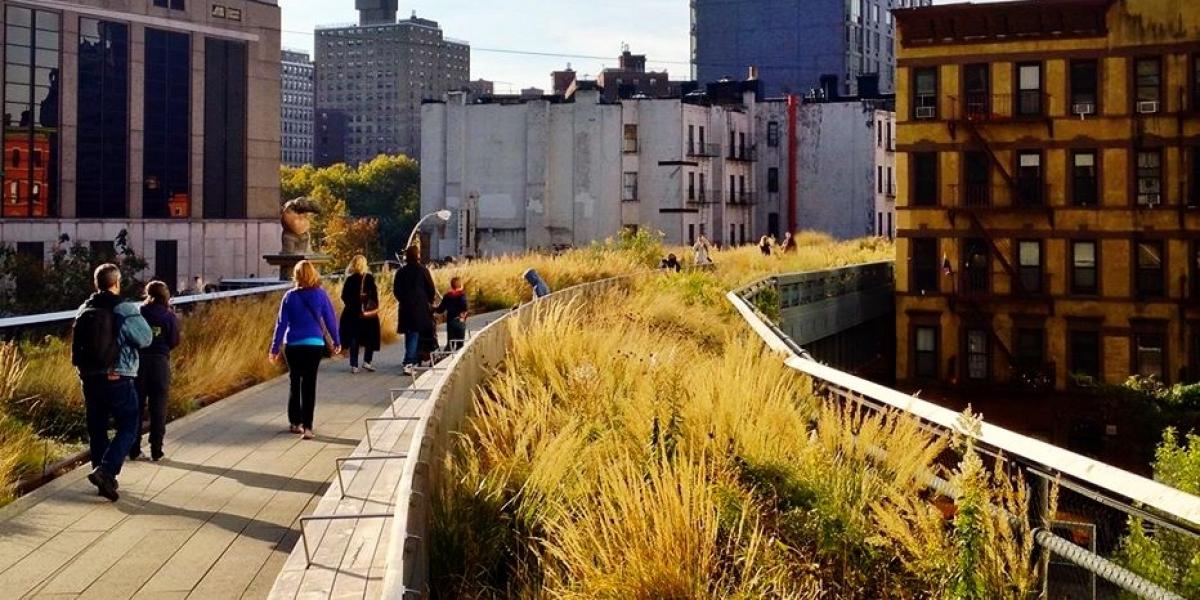 Once, my favourite trip was to New York City. I’d hang out in bars, go to high art museums and behave a little badly. Then along came kids, and US city breaks were replaced with a different kind of holiday. New York was too busy, too noisy and too expensive with a family. One of my favourite museums – the Frick Collection – doesn’t even allow under-10s in.

But I was wrong. New York is fab for a family, with the best and most unusual parks of any city. The High Line, for instance, is a two-kilometre-long redundant freight railway running nine metres above the streets, transformed into a green ribbon of parkland snaking above the Meatpacking District and Chelsea. From its height, you can look over to Staten Island and the Statue of Liberty, and stare down over the rows and rows of yellow taxis racing along 10th Avenue as if they were toy cars. You can count the railway sleepers as you step over them.

Downtown in Bryant Park, there’s a public Reading Room under the trees with a huge children’s section. You can borrow any book, lying on the grass or sitting at one of the tables. There’s even a librarian to advise you. There’s also chess and backgammon areas, and free Wifi. And for two dollars, there’s a carousel to ride.

We stayed in a Staybridge Suites, in an apartment just off Times Square, so we were within a couple of blocks of the heart of the hectic city. An apartment made all the difference, as we could make our own snacks and had more room to spread out (New York hotel rooms are notoriously tiny). We had to take the subway (a sight in itself) to our favourite place to eat, the Meatball Shop in the Lower Eastside, where at long bench tables every kind of meatball imaginable is served, including vegetarian. One rather clever child commented, ‘How can you have a vegetarian meatball?’ But meatballs seem to have all their own language. Get your kid to ask for ‘the family jewels’, and they’ll throw a fried egg on top.

Our best stop for desserts was Doughnut Plant, next to the Chelsea Hotel, with fabulous flavours: green tea, crème brûlée and lavender flower among them. So the other kid said: ‘How can you have a lavender flower doughnut?’ This is New York, I tell her.

If you want to find out more free family places, just go to the NYC Information Centre on 7th Avenue, which looks like an art gallery and is just as amusing as one. Using huge touchscreen interactive map tables, you search for the sort of places you’re interested in (we put in ‘Free attractions’) and download them on to a disc, then project your choices on to the Video Wall. Your personal itinerary is made into a 3D Google Earth map, which you can then send to your mobile phone or email, or print out. We spent two (completely costless) hours in there – longer than in most museums.

So the bill for one day’s entertainment in wonderful New York: a plate of chicken meatballs, a lavender flower doughnut (big enough to share) and subway fares. What a fabulous place to take the family.

Read more about family city breaks in New York City, including places to stay and eat and things to do with kids.