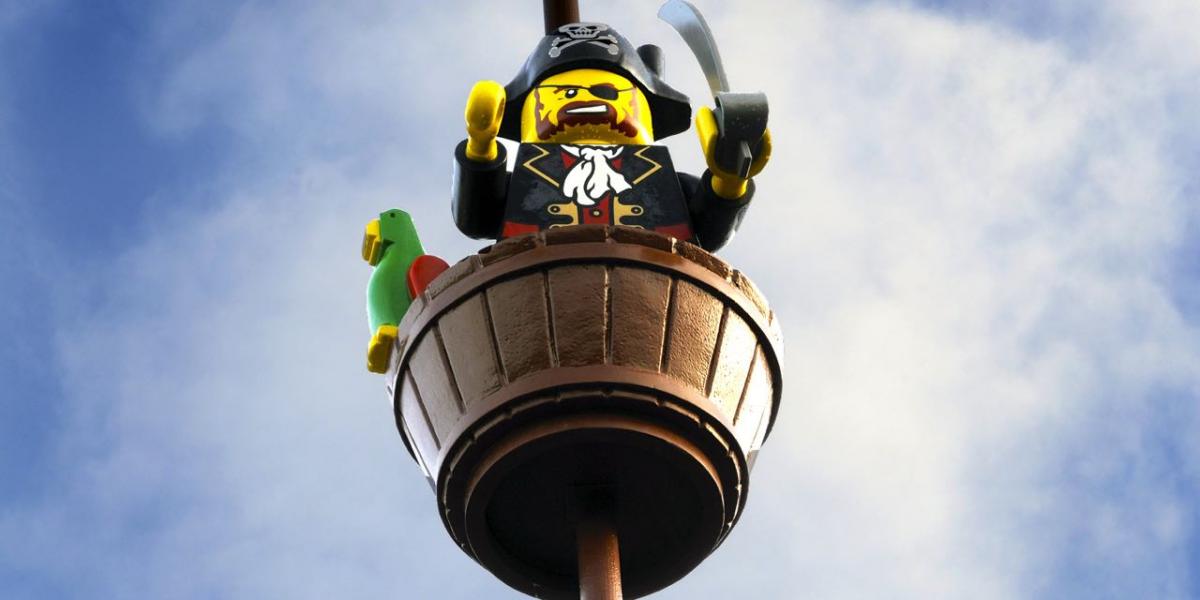 A Review of the LEGOLAND® Windsor Resort

The boys are happy enough in their Adventure room, which makes up for what it lacks in chic with pure fun – there are spiders and other motifs on the carpet, jungle creatures made of LEGO® on the walls, and best of an alcove with a bunk-bed and pullout for the three of them, with its own TV. Heaven!

But of course we’re not at LEGOLAND to hide out in the hotel, despite the inclement weather, so we head off into the park to discover, among other things, the Legends of Chima 4D movie, the LEGO Star Wars™ gallery, the LEGO Hero Factory, where you can create your own hero (or villain) at the building tables, and the DUPLO® Valley Splash and Play, including the UK’s biggest outdoor water-play structure.

Our family favourite was the Atlantis Submarine Voyage, a watery trip through an aquarium filled with LEGO models and lots of live marine creatures. But the biggest hit was the chance to touch and even in some cases hold prawns, hermit crabs and sea urchins after the submarine ride.

My husband despises 4D movies, and Legends of Chima proves to be no exception – not least because it gets us a lot wetter than seems necessary. There is some genuine innovation to it, though – or at least elements that I’ve not come across in 4D movies elsewhere – but to say more would be to spoil the surprise. The Stars Wars™ gallery, on the other hand, is an unreserved success with my junior film buffs, with stunning displays of LEGO artistry.

LEGOLAND Windsor, like other LEGOLANDS around the world, is marketed at kids up to 12, but its attractions for junior thrill-seekers like my 10-year-old are quite limited. My eldest also thinks that the resort pales in comparison with its Danish counterpart, LEGOLAND Billund. For Ethan’s younger brothers, however, there was plenty of entertaining mini-coasters and other rides. Our family favourite was probably the Atlantis Submarine Voyage, a watery trip through an aquarium filled with LEGO models but also lots of live marine creatures. Bizarrely, however, perhaps the biggest hit of the entire weekend for my kids was the chance to touch and even in some cases hold prawns, hermit crabs and sea urchins after the submarine ride.

Back at the hotel, there’s pre-dinner swimming to be done in the pool and the pirate-themed water-play area, although with these being quite small, and with everyone having the same idea, it’s all a bit of a scrum. More relaxing, for us parents, are a few drinks in the bar while the boys run riot in the adjoining indoor play area. Dinner in the colourful Bricks Family Restaurant, a child-pleasing buffet, is surprisingly good – I can vouch for the vegetarian dishes. There’s entertainment afterwards, but like us, you might be so exhausted by the day’s activities you want nothing more than to hit the sack.

The LEGOLAND hotel is nobody’s idea of bliss without kids, but its appeal for those looking for a fun break with younger children is clear from its regularly being rated one of the UK’s top hotels for families in TripAdvisor Travellers' Choice awards.

South East England
A fun place to stay with the family, decked from floor to ceiling with LEGO.
Find out more