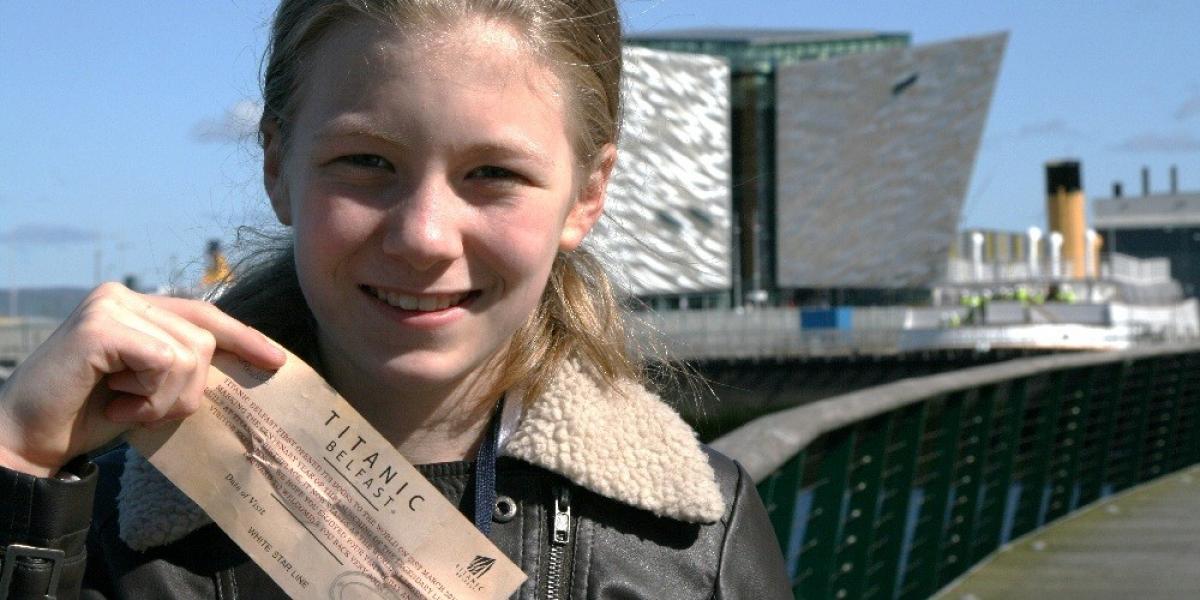 A review of the Titanic Visitor Experience and Titanic Walking Tours, Belfast

There’s nothing like a good story to frame a family holiday. It gives us something to talk about, share and discover as we go along. The sinking of the Titanic must be one of the most well-known stories there are. It spans generations, which is rare. I know it, my teenager loves it (well, at least the film version) and the 10-year-old twins can recount it off by heart. They’ve even been taught it at school.

So that meant our conversations in the Belfast docks started at a slightly more elevated level than normally. If we’d be on holiday in Spain, for example, I’d have to go back to the basics to explain the Inquisition. But standing by the Titanic’s dry dock, a cavernous space so big I thought I might drown just by looking into it, we could begin with something as complicated as ballast or bulkheads. And if we got stuck on any details, we had our expert guide Damien to help us out.

We’d joined up with the Titanic Walking Tour close to the giant, mirrored, wedge-shaped and Titanic Visitor Experience, which shimmers rather like an iceberg might above the quay. We’d been inside it already and were still clutching our Titanic tickets as a souvenir. But the walk was far more evocative than the visitor experience’s multimedia show. We went inside the crumbling Harland and Wolff offices, abandoned for decades, with plaster hanging from the walls and a bush thrusting up through the floor. Shipbuilder Thomas Andrew’s desk is still there amongst the rubble, where he must have stood and drawn the Titanic’s plans. We lifted the heavy wooden lid and looked inside, in far closer touch with history than at any of the visitor experience’s computer interactives. We stood in the boardroom where it was decided how many lifeboats were needed on board.

‘One of the most notorious decisions in history was made in this room,’ said Damien. ‘I just want to go back in history and shout "No! No! No!"’

Amid the centenary jamboree, it’s a little too easy to forget that the Titanic was a tragedy, not a triumph. Damien told us that the youngest worker to die during its three-year construction was just 15 – younger than my teenager.

Belfast isn’t the only town that’s experiencing Titanic-itis and being invaded by those affectionately dubbed Titanoraks. There’s the SeaCity Museum in Southampton, where RMS Titanic began her maiden voyage. The National Maritime Museum in Greenwich has a Titanic Remembered display, as if we could ever forget.