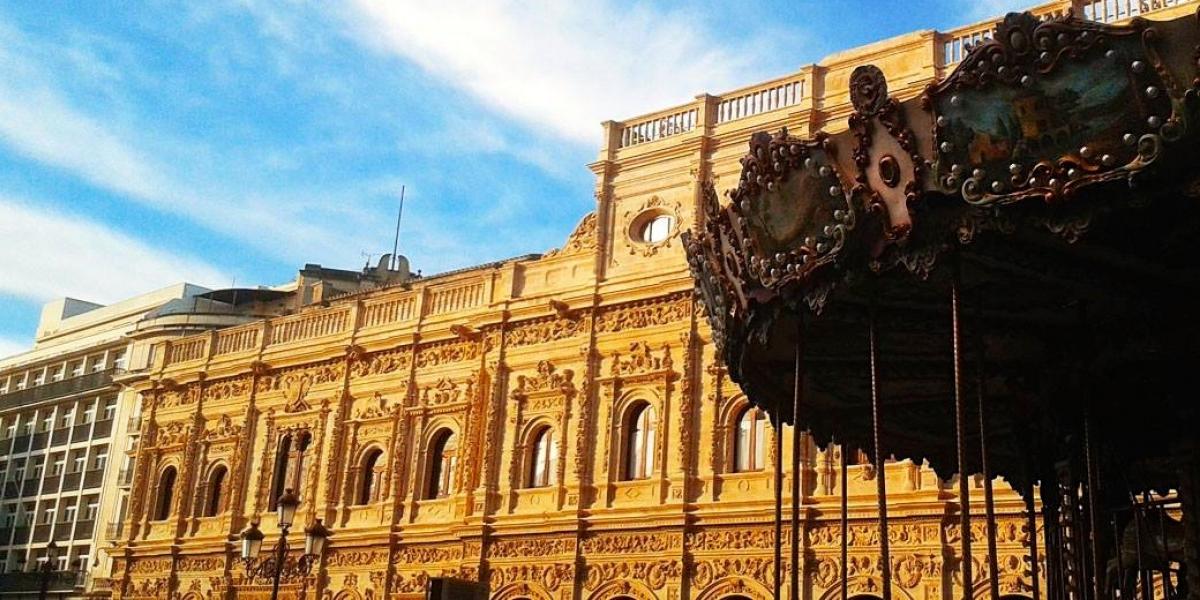 I’m living on borrowed time as far as holidays with my teenage sons go – two have already given up on me. This year, Tiernan, nearly 15 and keen to try out his school Spanish, agreed to spend some of his half-term break with me in Seville in southern Spain. I was so grateful, I recklessly agreed that he could do all the talking AND set our agenda.

We had two nights booked at a four-star hotel in the old centre (the casco antiguo, Tiernan obligingly informed me). To balance out the budget, the first night would be spent in a cheap pension.

‘Should we book it online?’ I asked.

Tiernan proved a savvy companion, getting to the front of the Ryanair queue and even nabbing us a whole aisle each on the packed flight, using seats vacated by the crew. He was amused to see chapters in his textbook come vividly to life when buying a ticket, asking directions, ordering food. The friendly Spanish officials and waiters met him halfway and his confidence grew in bounds. I couldn’t help wondering how effective his technique would be in Paris or Rome.

I relaxed and stood back, only becoming slightly concerned when he suggested structuring our days by turning to random pages in his phrasebook and asking whatever appeared on it.

After the bus from the airport dropped us in the compact historic centre, Tiernan spotted a tram station, negotiated the ticket machine and declared that we’d get off at Archivo de Indias, on the basis that he liked the name. We stepped out at the doors of Seville’s cathedral, which is the world’s largest Gothic temple, boasting the biggest altarpiece in Christiandom, crafted over a century. A Mass was in progress, with a children’s choir and orchestra, and tourists were cordoned off, but my son claimed that we were attending the Mass and got us in.

Afterward, Tiernan hunted out the Patio de los Naranjos (orange grove) at the side of the cathedral. Facing it was a narrow sidestreet where he spotted the sign ‘Hostal’ – the Pension Santa Maria, our perfectly located home that night, offering a comfortable room with a single and a double bed, a TV and a heater for just €35.

We went in search of dinner, with Tiernan – of course – leading the way. He discovered a prize-winning tapas bar where a mini-hamburger with pepper sauce and pork cheeks in wine sauce were his favourites. Tapas was all we had that night, as he couldn’t get enough of them. Eating out is a bargain in Seville – even three-course meals with beer and wine or fruit juice cost us less than €10.

The next morning we enjoyed wonderful views over the city from the top of the Giralda tower, once a minaret, next to the cathedral. I was glad to let him run on ahead and take my own time up the ramps. The Real Alcázar, a Moorish-style palace still used by the King and Queen of Spain, filled another couple of hours, along with its paradisiacal gardens.

Our second hotel, the boutique Casa Romana, was in Calle Trajano in the old part of town, perfectly placed to explore the city’s sights and eateries. These included the Flamenco Museum, which has nightly shows preceded by 20-minute flamenco lessons. Tiernan was reluctant to take part in the lesson, but I enjoyed it so that much I went back again the next night. And what did Tiernan do in the meantime? He did what I’d forbidden him so far – went for a McDonald’s. Well, it can’t be tapas all the time…

Read more about family holidays and breaks in Andalucia.