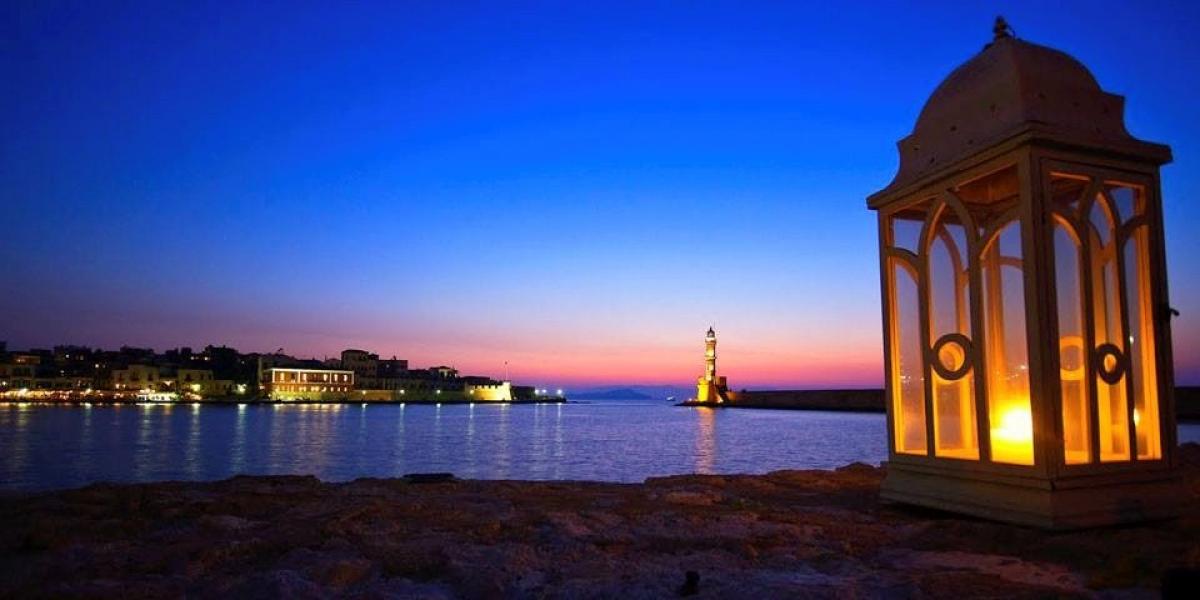 A Single-Parent Holiday in Chania, Crete

Why did I not go to Crete 30 years ago? It’s still stunningly beautiful, but you’ll have to hurry before developers concrete over everything. Having said that, it remains a great destination for a family holiday – the people are warm and friendly and appear sincere in their love of children, the food is delicious, the weather is hot and dry with nice little winds to take the edge off, and the sea is a glorious shade of blue and seems clean.

If you have pre-schoolers, May is a great month to go, with wildflowers blooming unexpectedly and clouds scudding through the sky. I went looking for places to stay with my son that are neither part of a package holiday or large resort hotels. The province of Chania in the west was recommended to me as the least-visited part of the island yet one with some of its best beaches. I chose four places to stay for over two weeks, all very different from one another yet all excellent in their own ways, all family friendly, and all conveying a little of the authentic Crete.

I had an ear infection and couldn’t hear much, our flight was delayed by nine hours. Arthur wanted to go home before we’d even left. Everything improved the moment we set foot in child-friendly boutique hotel Ammos (ammoshotel.com) on the beach near Chania town. It was 2am when we finally staggered in, and some of the lovely staff had waited up to welcome us. My fears of beautiful people in perfect kimonos drawing their dainty little shoes away from us with distressed cries as my four-year-old destroyed an invaluable Perspex lamp were immediately dispelled. Although the Ammos is a designer hotel, there were no beautifully dressed people (amazingly, I was one of the thinnest people by the pool, which kept me happy for most of my visit). In fact, the other guests were the only slight fly in my ointment. Visitors to Crete in May are almost overwhelmingly pre-retirement northern European couples.

We single mums (and presumably dads) can have a difficult time on holiday (see our tips for one-parent family holidays). Despite the fact that I am Labrador-like in my eagerness to talk to people, and that my son has been known to throw himself on complete strangers in his desperation for a chat, people seem to avoid us. Or perhaps that’s the very reason they stay away. There is often a language barrier too, of course, but it seems that often couples are made uneasy by people travelling on their own. The only people who will talk to us are staff; luckily, in this hotel they were lovely.

The pool was gorgeous, with a shallow end for kids and even some toys, together with a view and some poolside alcohol for the adults. Just down some steps lay a sandy beach, which, though covered in beach chairs and surrounded by low-key hotels and cafés, didn't feel overcrowded. I actually got to stay up late, which is unheard of for a single mum on holiday, by keeping my son on English time (i.e. two hours behind) so I could take him out for a beachside dinner and still have him in bed at his normal time. This also meant the luxury of late mornings… Our room itself was decorated with serious flair, boasting fantastic beds, sumptuous linens, and a shower straight out of a magazine. In fact, every view in the hotel looked like a photograph, with even the petals on the trees falling in perfect harmony.

After three days at Ammos, we moved up to the mountains, to a place so remote the taxi driver had trouble finding it. After finally being deposited in the middle of an olive grove, next to a lovely restored house, we were served a drink on a platform built to take advantage of the view over to the sea and to catch the beautiful sunsets. The Elia Hotel and Spa is just as fine, in its own way, as the Ammos. Opened several years ago by a plastic surgeon from Athens (‘He keeps botox in the fridge’, confided the manager Jo. ‘You never know when you might need it’), it’s a gentle place where people tiptoe around happily, taking advantage of the stunning pool into which swallows dip or exploring the intriguing gardens full of insects, wild kittens and beautiful flowers.

The food, cooked for us by a sweet man who chatted away to my son while showing him the finer art of moussaka making, was wonderful. Everybody would disappear after breakfast, driving out to one of the beaches on the coast, or to explore the mountains. After a couple of days of pottering around the pool, I decided to get a car too. The level of tourist infrastructure in Crete is impressive – most people speak English, and anything you want can be delivered. By the following day a car was brought to me.

I loved driving in Crete: the roads were empty, the views were spectacular, the sun beat down on my arm through the open window, and all was good with the world. This part of Crete has several very beautiful beaches that, amazingly, seem to have been missed by the developers. They still get a little crowded, but in May they were perfect.

My son was having a ball, in this beautiful hotel with a pool to play in and then on the beaches in the afternoon, before returning to fabulous food. He swam his first ever length in the Elia pool, watched over by myriads of butterflies. Meanwhile, I was getting so relaxed, I could hardly move – a very good massage in the afternoon didn’t help.

We drove to the other side of Chania town, to a large village called Vamos (vamosvillage.gr) up in the hills behind the burgeoning resort of Kalives. On one of the deserted roads there, we stopped at a Turkish fort and the remains of a Roman settlement and gazed out over the blue bay of Souda. It was the last time we were going to be on our own for several days.

Vamos has a co-operative to restore local houses and offer tourists a bit more of the traditional way of life, sharing profits with the villagers. To this end, it lets out a large number of properties, some with pools for families, others smaller, but all beautifully restored. There is also a traditional taverna, a travel agency and an art café.

Vamos itself is a lovely village in a beautiful part of the island. Sadly, everybody else thinks so too, and, not content with ruining the coastline with giant resorts, the developers have moved in here too. Every hillside is covered with huge stucco villas, and everywhere giant billboards declare ‘Hellenic Dream’ and exhort you to ‘Get a New Home in the Sun’. They are nearly all built by and for Brits and used for only two months of the year, and it’s an environmental and social disaster.

That said, as long as you stick to the back roads, explore the mountains and go a little further afield for your beaches, you can avoid the villas. Our best day was when we took the deserted back roads to Vrisses, a charming town in the foothills of the White Mountains, built around a large, lazy river. After following obscure signposts down a track to find a tiny old church in the middle of an olive grove, we came upon an old Cretan historian sitting on a wall, who let us in to look at the obscure markings and picked apricots for Arthur and me. After munching fruit and chatting with him, we made our way up to a deserted village and a creepy cave with a display cabinet full of bones and a chill wind. I sensed that we were the only people to have visited it in quite a while – a rare feeling in Crete.

We ended up on the beach at Georgioupoli, alongside hundreds of lightly roasted northern Europeans in skimpy swimwear lolling about on recliners. This is a burgeoning resort but, if you can ignore the fish-and-chip shops and concentrate on the blueness of the water, the green of the mountains, the heat on your back and the fishing boats, a lovely place to be.

Our last stop-off was Casa Leone, a splendid little Venetian-style hotel in Chania town. With just five rooms, it may be more of a honeymoon destination than a family place, and breakfast was eaten alongside grander folk than us – it was difficult to keep my son from destroying the polite hush. Still, extra beds are provided for younger guests, and we had a great time, eating out on the harbour every night and not breaking the bank. Chania town is extremely touristy yet has retained its good looks, provides all creature comforts, has a rich history, and offers up fine town beaches that are clean, child-friendly and full of beautiful people.

Read more about family holidays in Crete, including child-friendly places to stay and eat, and things to do with kids.