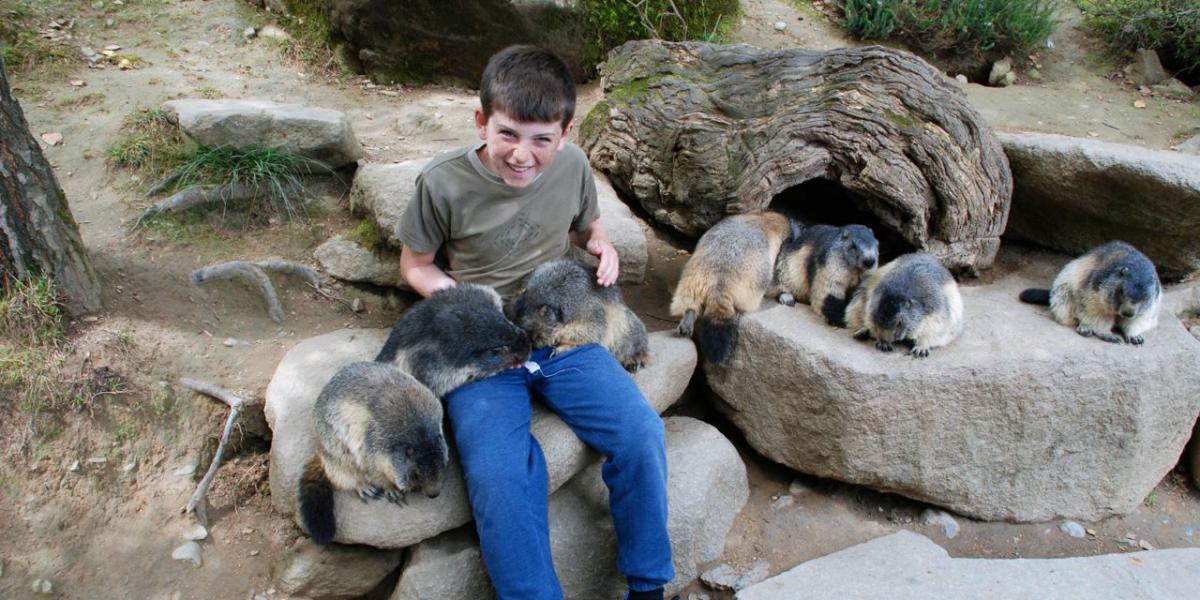 A Summer Family Break in the French Pyrénées

With my eldest son about to go to high school and enter into that teen phase when consorting with parents is the uncoolest thing of all, I decided the time was ripe to treat him to an mum-and-son adventure. We’d just been away as a family, and this was my chance to spend some quality time with him before he severs the apron strings entirely.

Our trip to the Haute Pyrénées region of southern France was focused around a ‘Nuit au Sommet’ – a night at the top of the Pic du Midi, located at 2877m and home to an astronomical observatory. Although you can just go up for a day, visit the on-site space and weather museum and kick-back in deckchairs to admire the views of the surrounding mountains and the vultures wheeling overhead, it’s best to splurge on an overnight stay. It’s pricey, but when else would you get to look at Saturn and its rings, the moon’s surface, clusters of stars in deep space and solar flares on the Sun’s surface, and see the International Space Station whizz overhead? Or to get to learn how to recognise the constellations in the company of an expert guide? In addition, guests get champagne, wine and a delicious meal showcasing local produce. Accommodation is in the rooms that are sometimes used by visiting researchers, some from NASA, yet they’re plush rather than dorm-like.

This trip isn’t well suited to those who don’t speak French – I had to translate for Ethan as our guide talked, which was fairly tiring. But we learnt a great deal and saw wonders, and neither Ethan or I will ever forget the experience. There were a few other children among the 27 guests – the maximum – spending the night there, but I’d say that it’s probably best to wait until kids are 10 or so to fully appreciate it all. I would also advise going in summer, as we did – the observatory is supposed to be extremely atmospheric in winter, with snow on the terraces and ice on your bedroom window –but Ethan and I found being outside looking at stars at 11pm in August and then getting up for the sunrise a chilly enough experience.

Because of altitude sickness, it’s not advisable to go up the Pic the same day as you fly into France (Lourdes–Tarbes is the nearest airport, but Toulouse, a two-hour drive away, may be more practical for most travellers). We made a day’s stop-off in Loudenvielle, a family-friendly valley resort that’s perfect for those with younger kids, with a treetop adventure course, an outdoor pool complex and pony rides. For older kids and adults there’s also paragliding, although sadly Ethan’s flight had to be cancelled due to fog.

The highlight of Loudenvielle for us was Balnéa, a spa with indoor and outdoor areas. One is specifically for those with kids, with an Native American theme, but Ethan being 12 was able to access all of it with me. We were especially keen on the the massage jets and pools of differing temperatures in the Japanese area outside, the musical hot tub where you listen to soothing sounds underwater as jasmine wafts through the air, and the icy plunge pool that cools you down after the eucalyptus-scented steam room. Afterwards we walked around Loudenvielle's lake with its pedaloes and fishermen before heading for a local feast in an old watermill, La Table de Saoussas.

The following day, en route to the Pic, we also stopped off at the Parc Animalier des Pyrénées, a unique wildlife park largely devoted to regional animals, some of them in danger of extinction. Here, Ethan got snap-happy photographing everything from bear and wolves to ibex and even had his fingers sucked by marmots. I, meanwhile, eyed up the wooden cabin where families of four can spend the night by the wolf enclosure, watching the nocturnal creatures roam from behind the safety of a large plate-glass window. Already I’m plotting another trip with my younger sons to explore this wonderful region and all its outdoor splendours, summer and winter, more fully.

Read more about family holidays in the Haute Pyrénées.