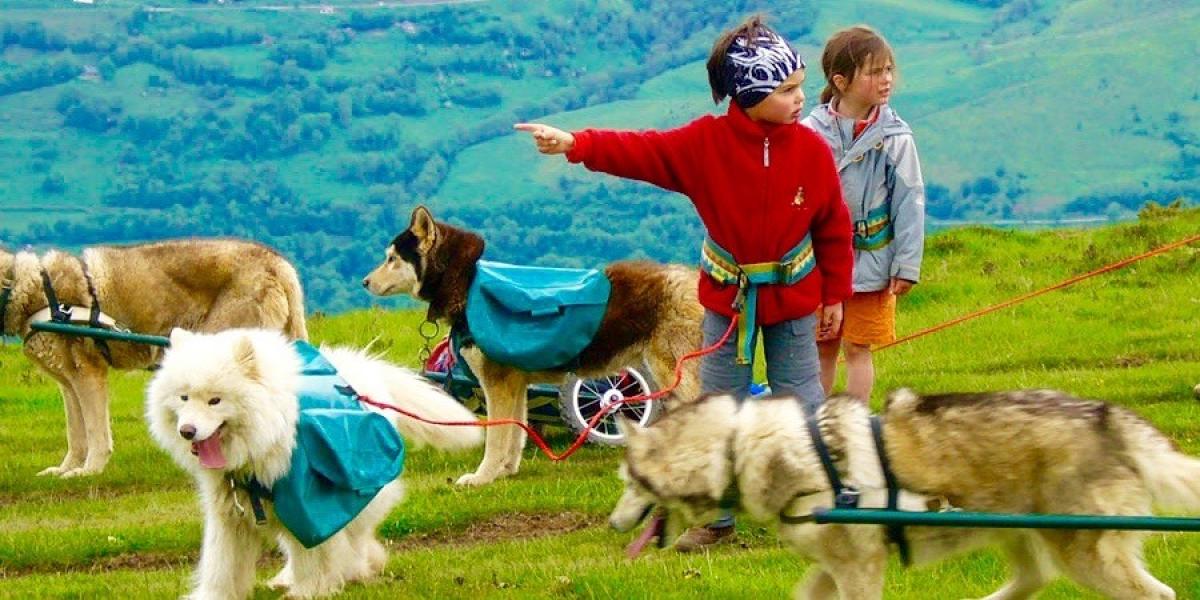 A Summer Family Break in the Vallée du Louron, Hautes-Pyrénées

There are so main compelling reasons to holiday in the mountains in summer. The weather is (usually) good, it’s uncrowded, accommodation is very reasonably priced, and there’s plenty to do, especially for kids who get bored lying on the beach.

This time we opted for Loudenvielle in the Hautes-Pyrénées. A pretty village on the edge of an enormous lake in the the Vallée du Louron, surrounded by mountains and close to the ski resorts of Val Louron and Peyragudes, it’s easily accessible from Toulouse airport (two hours) or Lourdes airport (one hour).

Loudenvielle is well known as a place to paraglide, so this is what we did on our first morning. It’s much more peaceful and less scary than you might imagine, and the kids loved the GoPro footage the pilots took, so they could show off their flights to their friends.

Another morning was spent trying the bizarre-sounding sport of cani-rando. This involves wearing a kind of wide belt attached to a husky, so they pull you along in the same way that they might on a sledge in winter. I’m not usually a dog person but these huskies were beautiful, well behaved and generally a pleasure to be around.

After a quick briefing about the huskies and the commands to give them, we were each allocated a dog and went off in a group. It was amazing how much of a difference having a dog pull you made to walking uphill, although their enthusiasm made walking downhill more difficult for me (Toby and OIivia were fine so I must have been walking too slowly).

Our Louron Passes (around €50/family for a week) included access to a waterpark and chairlift, plus discounts on certain other activities. The kids adored the waterpark with its six-lane slide, pool and Jacuzzi, plus plenty of grassy, shady places to sit and café. We went pretty much every day. Other activities we enjoyed in Loudonvielle included a treetop adventure course, a playpark full of inflatables and trampolines, pedaloing on the lake, and chilling out in the thermal spa, Balnéa.

While we were in the area, we headed over the picturesque Col de Peyresourde (which often features in the Tour de France) into the next valley to spend the night in a treehouse at Les Cabanes de Pyrène in Cazarilh. I’m not a natural camper (or even a glamper), but these were something special, with proper beds, lovely terraces with fairylights and dry toilets (much less alarming than they sound) so you don’t have to trek to the loo in the night. We had dinner in their Kotagrill – a cosy wooden hut with a real fire in the middle of the table so you can cook your own meat. Breakfast – served in a basket attached to a rope underneath your cabin, to be winched up – is also part of the adventure.

Read more about family holidays in the Haute Pyrénées or in the Pyrénées as a whole.