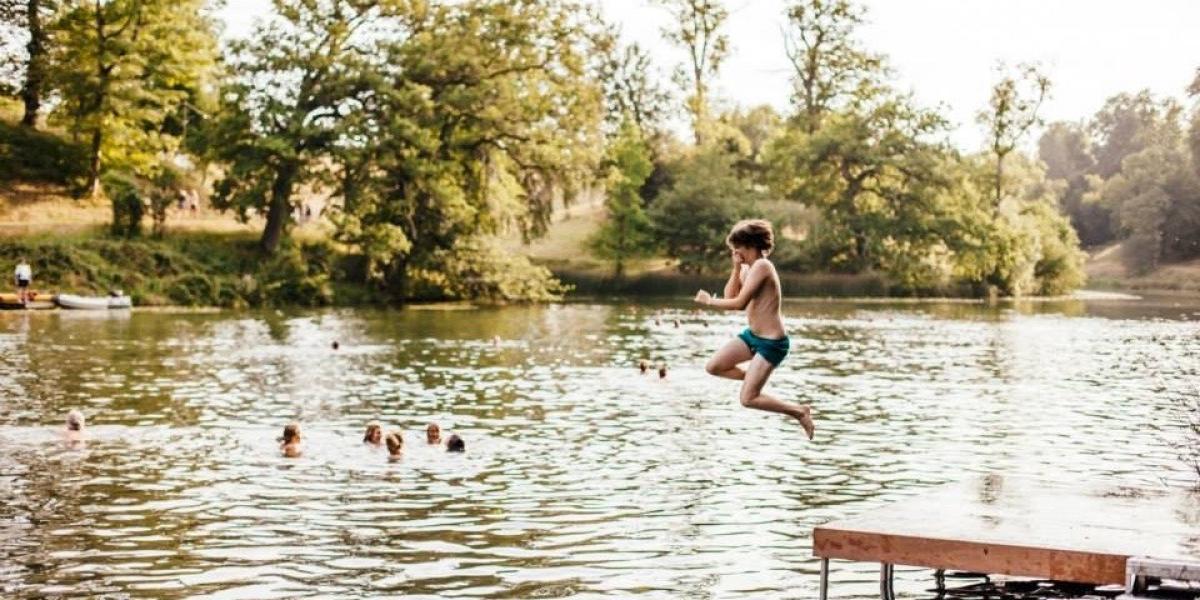 The Wilderness Festival with Kids

My sons emerge from the woods dirty and tousled, blinking in the sunshine, bits of vegetation in their hair, their clothing.

‘What have you been doing?’ I ask, sweeping them into my arms.

The Idler editor Tom Hodginson describes festivals as ‘wonderful, safe playgrounds for children: no cars, lots of stalls, lots of fun’. And though I’d largely agree with him, we avoided them like the plague for a few years, while our youngest was a toddler. It just didn’t seem worth the hassle when you can’t properly kick back and relax.

We took the plunge again at the Wilderness Festival, then in its second incarnation in a dreamy setting in the heart of the Cotswolds. The big sell of this for me was that our eldest boys, then nine and seven, could go off into the woods with a crew from The Bushcraft Company, which sounded like massive fun for them and the chance for some theoretical time off for me and my husband.

At four, Zac wasn’t able to go with his brothers, but we figured we’d do as at previous festivals and take it in turns to see any bands we really didn’t want to miss while he was entertained elsewhere or crashed out back at the tent. And so we spent a lovely day and evening just hanging out and drifting around, dipping into the kids’ area with its storytelling and circus skills, trying out the various excellent food stalls and watching shows. The weather was conducive to unfocussed wandering, and all was right with the world.

Come evening the three of us snuggled up in the tent and tried to imagine what our guys in the woods were up to. We drifted off to the sounds of distant music and revelry, and Zac, at least, slept surprisingly well given the number of people who insisted on tramping through the family area talking in loud voices all through the night – for my sanity, better demarcation of the different camping zones would be very welcome next time around.

The bushcraft night remains somewhat of a mystery to me, and that’s probably how it should be. I know only that the boys stayed up very late, learnt some rude but hugely entertaining songs, and murdered shellfish. They seemed to have enjoyed it, although I think there was a slight element of some kids feeling they were shown a lot of things rather than being allowed to actually try them out for themselves. Still, as a way of making a festival genuinely appeal both to adults and to kids, it was a winner.