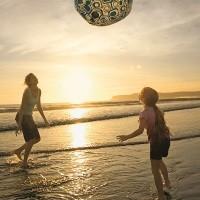 A new TripAdvisor poll has shown that the average annual British household holiday budget is undergoing an 8% rise in 2015, to £5,500.

The TripBarometer study by independent research firm Ipsos analysed more than 44,000 responses from travellers around the world, including 3,735 in the UK. It found that 32% of overseas travellers are likely to be increasing their holiday budgets in 2015 – as compared with 38% of Brits.

For UK travellers, Australia and New Zealand remain the dream destinations, although domestic travel or ‘staycations’ also remain popular, with 49% of all holidays by the British taking place within the UK.

Said Barbara Messing, chief marketing officer of TripAdvisor: “… travellers [are] twice as likely to be increasing their holiday budgets than cutting their spending. Across the board, people want to take more international trips, and Australia, Italy and the US continue to be the destinations topping travellers’ wish lists.”