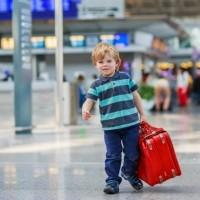 Thomson Airways has stated that it will refund air tax for under-12s on family holidays already booked for next summer after the Chancellor, George Osborne, announced in yesterday's Autumn Statement that he is axing APD for pre-teens as of May 2015.

The move, which only applies to economy flights, will be reflected in both in Thomson and First Choice prices. Monarch followed up with a statement that it will be doing the same.

However, many operators and airlines felt the Chancellor did not go far enough. Said a Thomson spokesperson: “We still believe further reform is required to ensure the UK aviation industry remains competitive with other markets and remain fully supportive of the fair tax on flying campaign."

The CEO of the Momondo Group (which operates Cheapflights.co.uk), Hugo Burge, commented: "This is a step in the right direction and welcome news for families, but […] there is still a long way to go to wind back a series of stealth increases which has seen APD rise from just £5 in 1994 to the £71-plus in tax which British holidaymakers will continue to pay for long haul (Band B) destinations even after April 1 2015.”

And according to Louis Myers of Saga Travel: "Scrapping Air Passenger Duty for children under 12 will be of great benefit to families - both parents and grandparents, many of whom pay for family holidays - we know that a quarter of grandparents take their grandchildren on holiday […] In the future the Chancellor should consider reducing or abolishing the tax for all travellers."

The Chancellor also announced that tax-free flights will be extended to under-16s from May 2016.