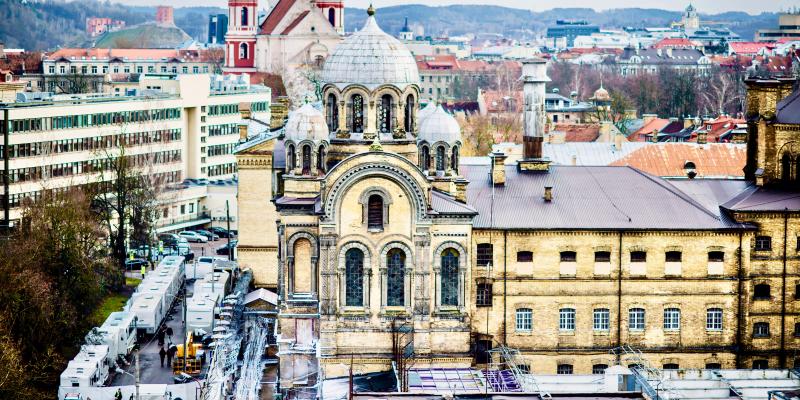 Season 4 of the Netflix phenomenon Stranger Things has finished filming in the Lithuanian capital, where shooting took place in various locations around the city, including atmospheric Lukiskes Prison, which had only closed its doors to inmates in 2019. Opened in the early 1900s, the structure was used as a jail by Imperial Russia, the Soviet Union, Nazi Germany, and independent Lithuania. The series is expected to be released in the UK in either July or October 2020.

Some of the show's most popular actors were in the country for the shoot, while lasted for four months up to February 2020. Said the show's director, Shawn Levy: "My adventure here in Lithuania in bringing the reveal of the ‘American’ to life has been a huge challenge but an even bigger inspiration."

Vilnius has become a popular filming local among directors from all over the world thanks to its compelling and often tumultuous history, its ability to offer different backdrops representing a variety of historical periods, and its film-industry expertise. Other hit shows shot here in recent years include HBO’s Chernobyl and Netflix’s Young Wallander.

'Open, green, easy to get around, and historic and modern at the same time', is how Vilnius's youthful mayor, Remigijus Šimašius, describes his city. Vilnius also has many family attractions, including Gediminas’ Tower of the Upper Castle with its warriors’ weaponry, knights’ armour and spectacular views, the Toy Museum, the Money Museum, the Energy and Technology Museum, the Railway Museum of Lithuania, the Television Tower with its observation deck, the Telia Nonmuseum with its lasers and projections recounting the key moments of Vilnius' history, and the Museum of Illusions.

Other big attractions include the Palace of the Grand Dukes of Lithuania, the National Museum of Lithuania, Vingis Park with its amusement rides, playground, and cycle and roller-skate hire, and Uno adventure park. Most 3- to 5-star hotels in Vilnius have family rooms sleeping three or four.

Find out more about Vilnius and about Lithuania as a whole.